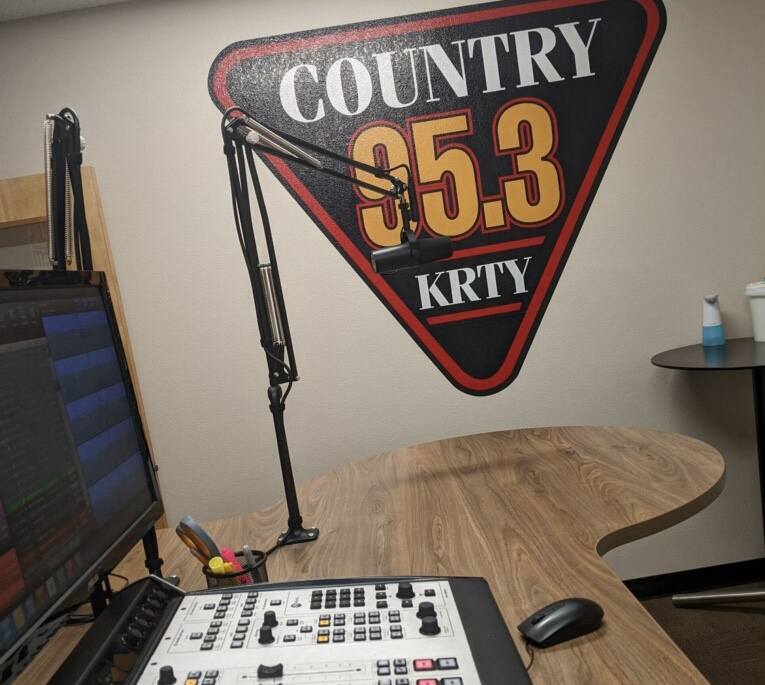 Country music fans might want to grab a beer and repeat Trace Adkins’ “You’re Gonna Miss This,” as San Jose’s KRTY — one of the last country stations to serve the Bay Area — will be shutting down the air. FM in June after three decades.

Educational Media Foundation, a Christian broadcaster that operates the “K-LOVE” and “Air1” formats nationwide, purchased the 95.3 FM signal for $3.138 million from KRTY. The sale was filed with the FCC this week and first reported by the country music and radio trade press.

“It’s the end of an era,” KRTY Vice President and General Manager Nate Deaton said Friday. “We’ve had one hell of a run for 28 years, and the loyalty and love our listeners have for a locally owned and operated radio station has never been lost on us.”

Deaton stressed that business would be business as usual for KRTY through June 1, with favorites such as morning hosts Gary Scott Thomas and Julie Stevens and nighttime host “Indiana Al” Breiten staying on. antenna. The station’s 13 full-time employees, including eight who have been there for more than 25 years, will receive “respectable” severance pay, Deaton said.

It’s the latest blow for country music fans in the Bay Area, after Saddle Rack closed in May 2020 after 44 years in San Jose and Fremont. And now shocked KRTY listeners have shared their sadness on social media over the loss of their beloved country station.

Krista Thomas, a San Jose graphic designer who won tickets to see the Garth Brooks show, said she’s been listening to the station for as long as she can remember.

“I’ve always loved country music and KRTY holds a very special place in my heart,” she said. “I have such fond memories of riding in the car with my mum and dad at school, listening to Gary and Julie’s show. Sometimes I didn’t even want to get out of the car because I wanted to hear the end of their story or their game or the next hit song.

KRTY, which switched to a country music format in 1989 when it was known as KYAY, was acquired in 1993 by Empire Broadcasting president Bob Kieve and was one of the few remaining local stations in the Bay Area. In 2019, Empire Broadcasting moved from its longtime headquarters on Story Road in San Jose to a new home on Monterey Road, and its sister station, the former KLIV All News, went silent. Kieve, a former speechwriter for President Dwight Eisenhower, died at age 98 in May 2020.

Deaton said Kieve has expressed an intention to sell KRTY and hopes it can be bought by its employees and stay local. While some attempts have been made to create a local ownership group, Deaton said, the station’s shareholders accepted EMF’s offer last fall.

“I think Bob would be disappointed that due to the economic situation in the media over the last two years and because of COVID, we couldn’t keep it in the hands of employees,” Deaton said. “But the days of single ownership are over, and that would break his heart.”

KRTY has become a country music powerhouse in the Bay Area. Deaton has won several industry awards, including the CRS/Country Aircheck General Manager of the Year award in February. The station has also been tasked with bringing huge country artists to shows in the South Bay, including a Garth Brooks “Dive Bar Tour” stop at San Jose’s Club Rodeo in December and a May 2 show by Lady A at the vineyards of Clos La Chance in San Martin which is full. And KRTY’s February ratings were the highest in the station’s history.

“It’s entirely possible, maybe likely, that someone else – perhaps an underperforming station – will pick up the country format in the Bay Area and build on the success we’ve had” , Deaton said.

And it might even be… KRTY. While EMF purchased the frequency, KRTY retains all of its intellectual property, including its call letters, branding, website, and various shows and events, including concerts booked through October.

“We’re not selling any of that, and after June we’ll continue to do something as KRTY in the digital space,” Deaton said. “So we’re not saying goodbye, we’re saying, ‘What’s next?’ “