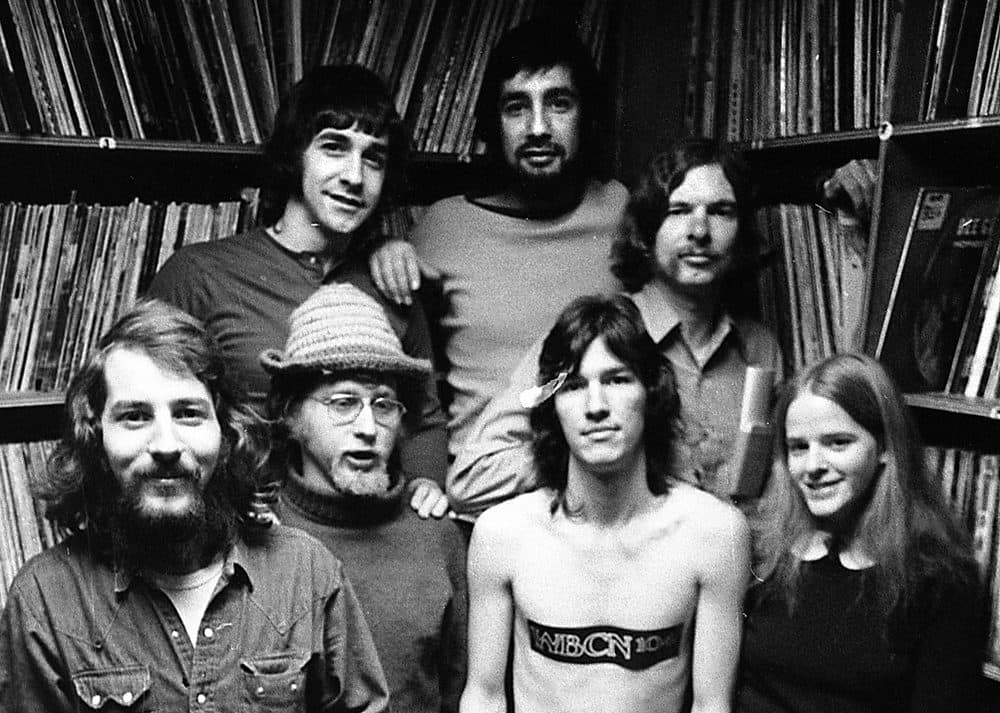 But something wonderful was happening on the all-new FM dial: DJs were playing deep album tracks, saying whatever they wanted about the Vietnam War or women’s and gay rights.

When Young asked his boss if he had heard of the WBCN station, he replied that FM would never last. But WBCN became the soundtrack to the city’s 250,000 students – the Internet of its time.

The station launched the careers of artists like Aerosmith and arguably played a role in ending the Vietnam War.

It all started in 1966 when Ray Riepen, a young lawyer from Kansas City, came to town to attend Harvard Business School. He picked up the pace of the rising counterculture and responded by creating a small club called The Tea Party. Lou Reed and Led Zeppelin played there.

Riepen asked classic radio station WBCN if he could experiment with alternative underground radio after midnight. So it was that one night in 1968, classic host Ron Della Chiesa handed over the airwaves to DJs led by student Joe Rogers, who let him fly.

The story of WBCN is told in the new documentary streaming on PBS, “WBCN and the American Revolution”. Award-winning filmmaker Bill Lichtenstein directed and breathed life into the film.

The film tells the story with a Greek chorus of just about everyone who was there. And it also includes news footage of Noam Chomsky weighing in.

Lichtenstein lives in suburban Boston and came to the station to answer the crisis line when he was 14 years old. At that time, there were only a handful of FM stations experimenting with free-form music.

“Before BCN, radio was really a performance. [BCN pioneered] the idea of ​​having a conversation with your listeners,” he says. “And then the music that BCN played – Frank Zappa to Cream to blues – you couldn’t hear it anywhere.”

The conversational tone of the station was General Manager Riepen’s vision, Lichtenstein says.

Young people were key to the station’s success: Riepen sought out kids at college radio stations who understood underground music culture but were not seasoned professionals.

Tommy Hadges dropped out of Harvard Dental School to work at the station. Peter Wolf of the J. Geils Band had a shift at the station, as did the formidable Maxanne Sartori, one of the first female rock DJs who discovered Aerosmith and launched Bruce Springsteen.

On the political context in Boston at that time

“1967 was the summer of love in San Francisco and was really about peace and love and maybe a little LSD could change the world. In 1968, with the escalation of war in Vietnam, things got a lot more political, and in fact the epicenter of the 1960s counterculture moved to Boston and became a lot more politicized So BCN, which started out as a radio station largely focused on music, really became central to not just the anti-war movement, but kind of the whole effort to expose what was going on with the war in Vietnam.

On a popular morning show, Charles Laquidara, who made a casual comment after an ad about children being treated with napalm

“He did an ad for Underground Camera, a Cambridge, [Massachusetts], camera store and he mentioned that Honeywell Pentax cameras were on sale at a time when the Honeywell company was manufacturing anti-personnel weapons in Vietnam. They were known to target Cambodian children. And so at the end of the ad, he said, ‘Here’s your chance to buy a camera from a company that kills Cambodian babies.’ The store sued and the station ultimately lost, but the judge said that because it was true, he only assessed $1 in damages. But that kind of, you know, it was really unheard of for a radio station, I think, to express itself.

About Danny Schechter, the “news dissector” who often made national news with his findings. At one point in the film, students take over the dean’s office at Harvard. Schecter walks in with Michael Ansara, leader of the Students for a Democratic Society, but gets angry and screams to get the students out of there.

“He and Michael Ansara begin going through confidential files in the dean’s office. Harvard said they had no contract with the CIA; they find contracts with the CIA. Harvard said they were not involved in the Vietnam War effort; they discover that Henry Kissenger had traveled to Vietnam at the request of the State Department when he was a professor at Harvard. The question is “What do you do with these documents?” Well, Danny hid them in a bag of books and then they published them and it became a huge problem.

“We have FBI files indicating that they were, the FBI was trying to figure out the type of flow of information to young people. And [it] was their assessment, which was accurate, that BCN was somehow involved in spreading the word about what was happening with the anti-war movement and Charles Laquidara’s name is on an FBI file that we have. There was a famous raid at Harvard’s Center for International Affairs, which was Henry Kissenger’s former office. Anti-war activists broke in and stole a pile of documents. I was in, I had followed after an anti-war demonstration and I walked in and called the station on the phone from inside and did a live report on the air from inside.

“I would have been 16. Interestingly, when I came back to the station, Danny said ‘Did you get any documents?’ I mean I was so proud of myself for doing that report and Danny’s like ‘Next time you’re in a government [office], get documents! What was most interesting, I think, at that time was the connection between universities and government and war profiteers and a lot of that came to light, a lot of it in Boston, Dan Ellsberg [who leaked the Pentagon Papers in 1971]and what BCN was doing and Chomsky and you know, a lot of that was revealed here.

Emiko Tamagawa produced and edited this interview for broadcast with Robin Young and Chris Bentley. Tamagawa also adapted it for the web.