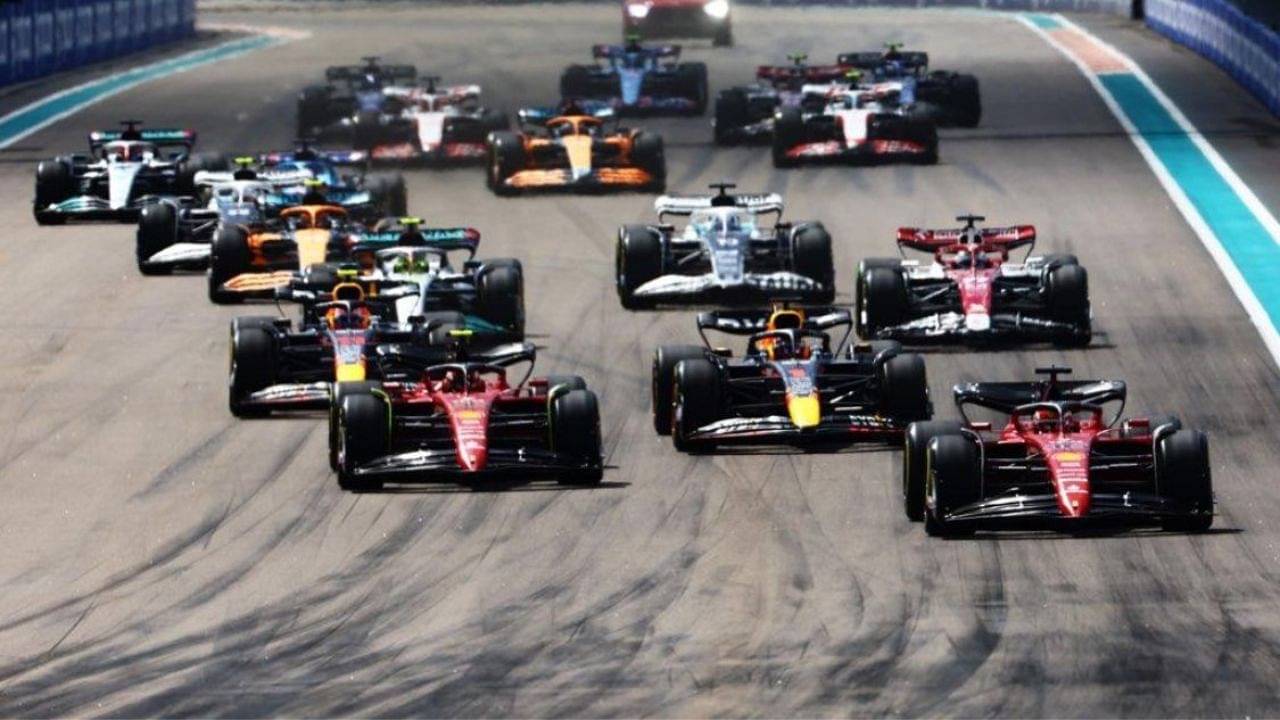 Formula 1 motorsport once had a group of owners like CVC Capital Partners and Bernie Ecclestone at Liberty Media.

Formula 1 is the pinnacle of motorsport with its long history dating back to the 1950s. It has been on an upward trajectory since the arrival of Liberty Media in 2017.

Motorsport saw massive growth of more than 4% year-on-year in its TV audience to 1.55 billion. It attracted younger audiences through Netflix’s Drive to Survive and capitalizing on social media.

F1 staged its first race in Turin in 1946 with the rise of the European Grand Prix Championship. Since then it has become one of the most famous sports in the world.

Also read: When and where to watch the Canadian Formula 1 Grand Prix?

The Delta Topco Group, which was a Jersey-based company, was the original owner of Formula One Group. There were a lot of investors like CVC Capital Partners, Bernie Ecclestone and Waddell & Reed being part of the Delta Topco group.

CVC Capital Partners held 35.5% of the shares, with the remainder split among other investors. Bernie Ecclestone acted as Managing Director of Formula One Group until its sale to Liberty Media Corporation.

HELLOOO THIS HERO IS 91 TODAY

Also read: Why Formula 1 cars can’t be driven on the road

Liberty Media being smart business owners, they have divisions in all of their businesses. Their divisions include Brave Group, Liberty SiriusXM Group, and Formula 1 group.

Stefano Domenicali is acting as Chairman and CEO of Formula 1 taking on the role of former CEO Chase Carey. Former Ferrari and Brawn GP boss Ross Brawn is F1’s managing director of motorsport.