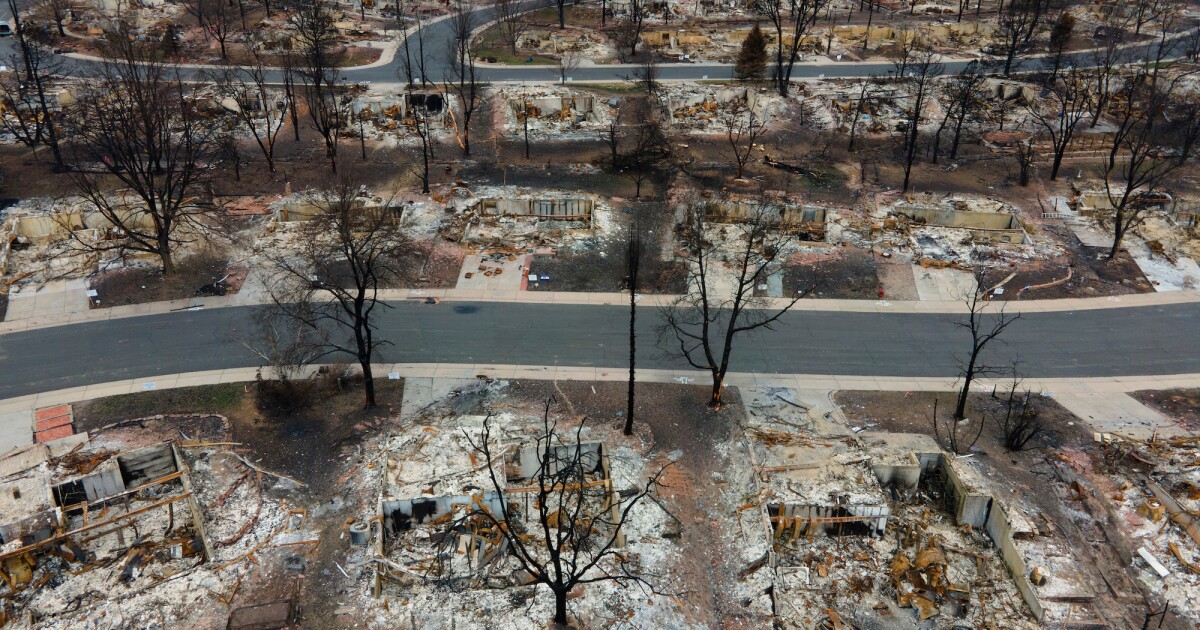 Headwaters Economics, a Montana-based nonprofit research group, has published a interactive data tool this shows the number of structures lost in each state from 2005 to June 2022. New Mexico has seen 2,000 structures destroyed by wildfires, nearly half of which have burned this year.

In Wyoming and Colorado, about half of the damage during this period occurred in recent years. Wyoming lost over 600 structures in 2020. Colorado lost over 1,000 last year Marshal Fire – Mountain West’s most destructive to date.

Kimiko Barrett of Headwaters, who authored the report, says area burned is often the statistic that trumps lost structures, including homes, commercial buildings and outbuildings.

“True impacts felt at ground level are important for policy conversations because they bring the human dimension in a way that examining burned acreage does not,” Barrett said.

A total of 2,475 wildfires in the United States have destroyed 97,196 structures since 2005, according to Headwaters. The most destructive year was 2018, when 24,488 structures were lost. More than 75% of them were destroyed in northern California Campfire.

Barrett says other wildfire metrics that need to be considered are hospital admissions, insurance quote claims and loss of business revenue. This data, she adds, is much more difficult to capture.