Wayde van Niekerk and Sha’Carri Richardson qualify for the Olympics, Caster Semenya is out 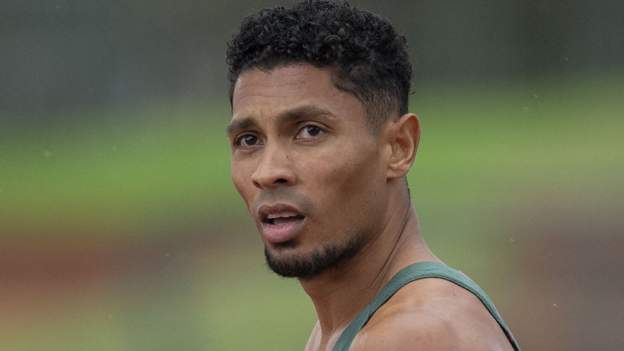 Wayde van Niekerk has qualified to defend his men’s Olympic 400m title at this summer’s Games in Tokyo.

The 28-year-old South African ran 44.56 seconds, which is within the required standard of 44.90 seconds, finishing second to Spain’s Anthony Jose Zambrano.

Van Niekerk set the 400m world record by winning gold at Rio 2016 but has since struggled with injuries.

Meanwhile, her compatriot Caster Semenya again failed to qualify for the women’s 5000m in Tokyo.

She is not allowed to compete in events between 400m and one mile without taking testosterone-lowering drugs under a rule introduced by World Athletics in 2019.

Semenya refuses to take testosterone-lowering drugs, arguing that it could put his health at risk and the decision denies him and other athletes with differences in sex development (DSD) the right to rely on their natural abilities .

At the Olympic track and field trials in the United States, Sha’Carri Richardson booked her spot for Tokyo after running 10.86 to win the women’s 100m.

“It’s been a crazy year for me,” Richardson, 21, said after a thrilling victory in Eugene, Oregon. “I’m still here, last week I learned that my biological mother had passed away.

“And always choosing to pursue my dreams, always coming here, always making the family that I have on this earth proud.”

Javianne Oliver (10.99) and Teahna Daniels (11.03) finished second and third respectively, as they also booked their Olympic spot in the 100m.

Richardson had run 10.64 in the semi-finals, with only the Jamaican Olympic champion Shelly-Ann Fraser-Pryce having run faster when she became the second fastest woman in history after clocking 10.63 this month.

The International Olympic Committee has set June 29 as the deadline for athletes wishing to compete in Japan to qualify.