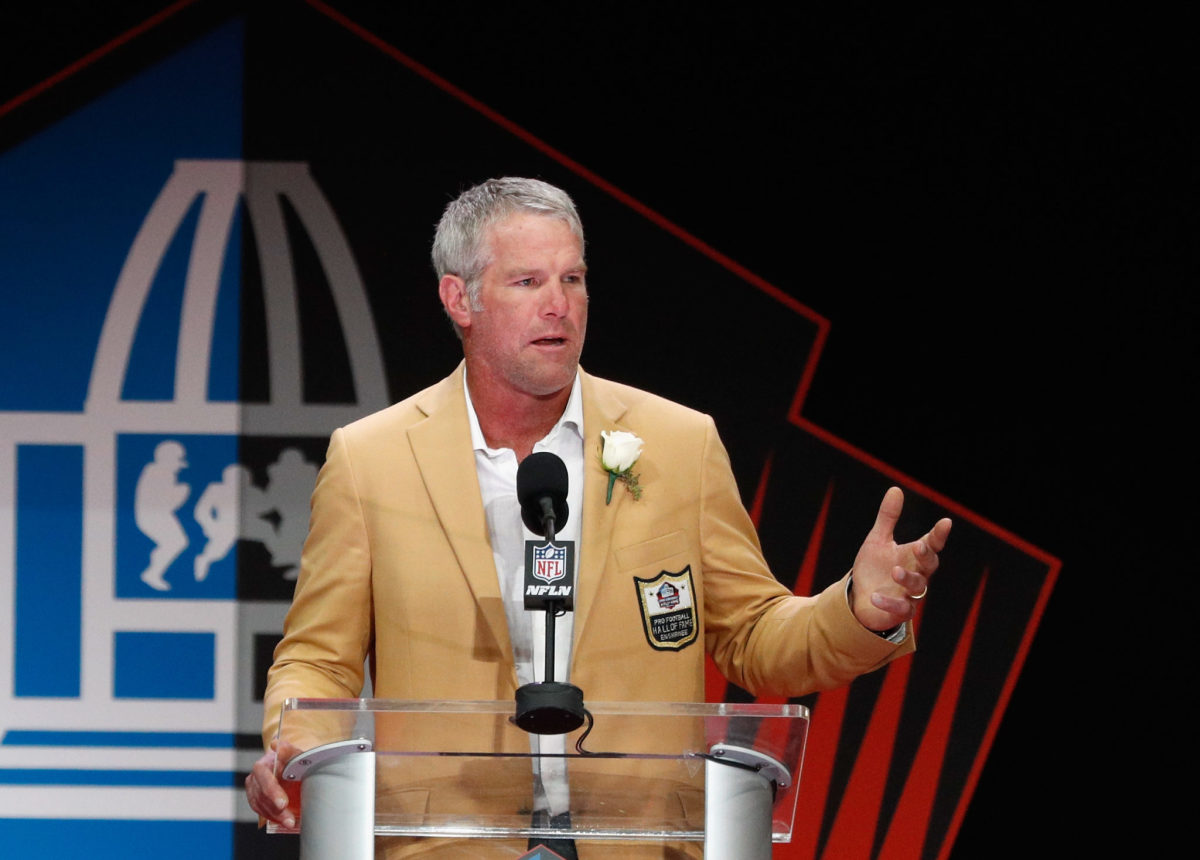 Just over a week ago, text messages sent to and from Brett Favre allege he helped funnel welfare money in Mississippi toward building a volleyball arena in the University of Southern Mississippi.

The footballing world learned soon after that two of Favre’s endorsements began to distance themselves from him. Hallow and Odyssey Health began removing mentions of Favre from their websites.

But that’s not all. According to a new report from Front Office Sports, an ESPN radio show is suspending appearances.

Good Karma Brands – which owns ESPN Milwaukee’s WKTI-FM and ESPN radio stations in Denver, Los Angeles, Chicago and other markets – becomes the first outlet to drop the former Green Bay Packers great since the review has intensified in recent weeks over Favre’s ties to receiving funds for needy families in Mississippi.

Favre reportedly repaid the money he embezzled, but did not repay the interest, according to multiple reports.

It is not known if there will be any legal action against him.