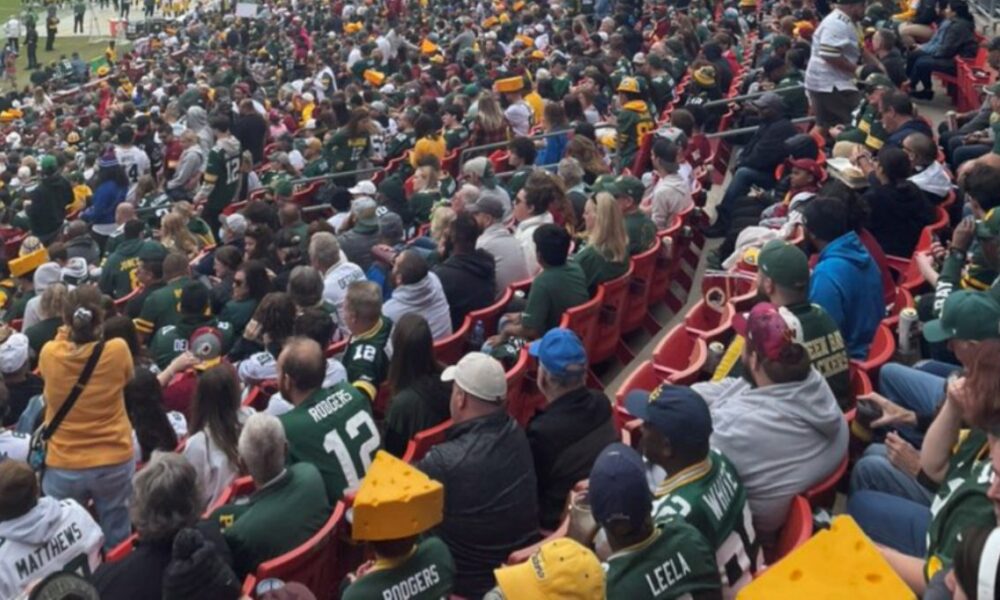 An innocent comment about Green Bay Packers fan turnout on the Washington Commanders field on Sunday was picked up on a hot mic. As a result, audio from the Washington radio show made the rounds on social media.

Julie Donaldson, senior vice president of media and content for Commanders and an analyst for game-day broadcasts, was heard pointing out the heavy presence of Packers fans at FedEx Field.

“Are we on a break? Weinstein asked before appearing to comment to his producer to go public.

The producer could then be heard indicating that the microphones were still on.

“Don’t say anything,” said the voice.

A few more seconds of silence played before the commercials started playing.

It’s unclear why the show didn’t immediately break out, but Donaldson’s comment sparked interest from fans on social media.

Problems with team owner Dan Snyder, coupled with the name change and decades of poor results, have discouraged many fans of the Washington franchise. Commanders’ home games now have more visiting team fans than home team fans, an innocent observation made by Julie Donaldson. Luckily for everyone involved in the radio booth, nothing worse was said or heard.