‘There are no restrictions on media freedom,’ says government media chief 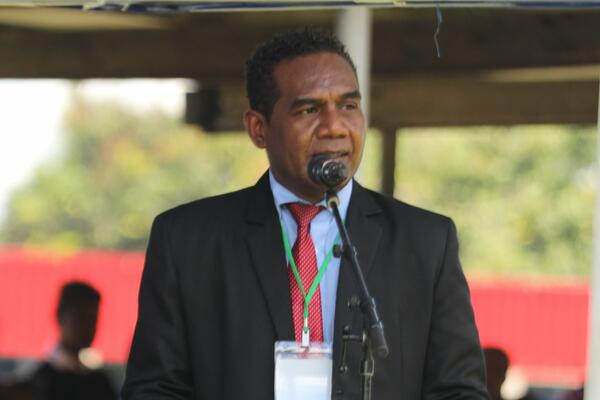 “The government has released a lot of information almost weekly live on the radio and online via Prime Minister speeches, Oversight and Health Committee radio broadcasts and now daily updates from the Minister of Health since the covid-19 epidemic earlier this year.”

Local media received heaps of information and facts about Covid-19 and other relevant issues to write stories.

Government Communications Unit (GCU) Director George Herming made the clarification in response to a call from the Solomon Islands Media Association (MASI) for the government to allow the media to do their job. .

Herming said there were no restrictions on media freedom, as MASI President Georgina Kekea claimed, accusing the government of not granting exemptions to local media.

“Newspapers, radio stations and online news outlets have been doing quite well during the covid-19 situation over the past couple of years.

“The government has released a lot of information almost weekly live on the radio and online via Prime Minister speeches, Oversight and Health Committee radio broadcasts and now daily updates from the Minister of Health since the covid-19 epidemic earlier this year. We don’t know when the government hid information from the media and the public,” Mr. Herming said.

He said most of the information shared through these various platforms and press releases from government authorities contained relevant facts and information that mainstream media can choose and write stories tailored to their audiences and readers.

Herming further advised mainstream media to use the skills learned in past training programs organized by MASI to dig up and write stories for their organizations.

“To say that the government is blocking the media is unwarranted and unjust because it is in the government’s interest to raise awareness in the nation as much as possible, especially in this time of hardship exacerbated by covid-19,” Herming said.

Mr Herming added that journalists should be aware that there are protocols guiding the work of the media in the event of a crisis or disaster, which is important to protect and guide operations, including public safety and the safety of journalists.

The Director further clarified that the government and the media both need each other in a democracy and that much of the information that the government, through its responsible agencies, continues to provide is part of that process.

“MASI should just do a survey on the amount of news to verify that since the pandemic, almost 70% of daily news is government related, indicating that the government is doing its best to inform the country and its customers through the media bias,” Mr. Herming said.

Disclaimer: Solomon Times Online may edit or delete your comment and cannot guarantee that all submissions will be published or remain online. The comments expressed on these pages are those of the authors and do not necessarily reflect the official policy or position of Solomon Times Online.