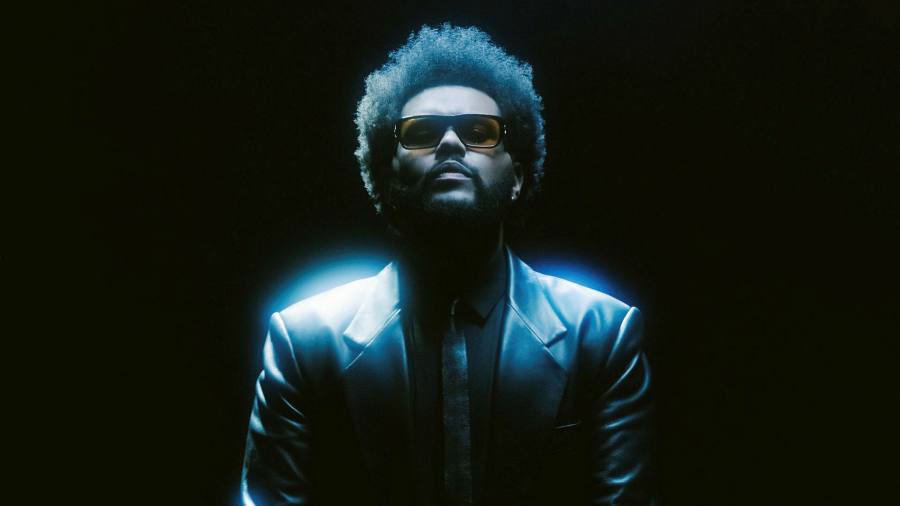 Last year, The Weeknd’s 2019 single “Blinding Lights” became the biggest hit in US Billboard history, dethroning Chubby Checker’s “The Twist”. Separated by 60 years, the two pieces share a nocturnal setting – but not much else.

In “The Twist,” Checker urges his “little lady” to “twist the night away” with him, meaning dance craze, but also, nudge nudge, something else too. Meanwhile, in “Blinding Lights”, The Weeknd plays the role of a desire-thirsty vampiric night owl who crosses a “cold and empty” city in search of the fleeting warmth of a carnal encounter. The cheerful innuendos of the 1960s were dislodged by the brilliantly dark hedonism of the 2020s.

“Blinding Lights” featured in the Canadiens album After hours, which capped his rise from alternative R&B debut in Toronto just over a decade ago to Los Angeles stardom. Now, at the dawn of 2022, comes the surprise release of a companion album, Dawn FM.

Where its predecessor spoke of a long, dark night of the soul, ending in some sort of depression, possibly drug overdose, the follow-up is themed on the idea of ​​a heavenly radio station. The singer, whose real name is Abel Tesfaye, asks us to “imagine the album as if the listener is dead” and stuck in purgatory, listening to the voice of a heavenly DJ, played on the album by the Hollywood star slapstick and fellow Canadian Jim Carrey.

The cover shows Tesfaye, 31, as a much older man with a shocked expression. Perhaps it reflects a similar look of surprise on his record company when he explained that he was making a concept album on a Purgatory radio station starring eccentric Carrey. But the results show that Tesfaye is at the top of his game: he found a way to blend commercial pop with an author’s individual vision.

The first half of Dawn FM pick up where After hours leave behind. The mirror-shining synth-pop evokes a world of bright lights and the fragile possibility of cracking. In “Gasoline,” Tesfaye reactivates The Weeknd’s decadent character, “high again” at 5 a.m., with racing thoughts set to a tense 1980s electronic soundtrack. His voice is lower than usual, which makes him sound like a British new wave band, but then he adopts his usual singing voice, a deceptively sweet and touching croon. The juxtaposition expresses the feeling of a fracturing identity.

“I know you will never find this missing piece,” he says to a lover who tries to “fix” him on “Sacrifice.” The narcotic pun sums up the plight of her Weeknd character, plagued by desires that can never be fulfilled. Sex enters a dance of death with death on “Take My Breath”, to irresistible dance music with superbly edited vocal effects. (First among the album’s many producers is American electronic musician Oneohtrix Point Never, aka Daniel Lopatin.)

The other voices include two of rap’s most chimerical artists. Tyler, the guest creator on “Here We Go. . . Again, ”while Lil Wayne has a playful song cameo on“ I Heard You’re Married ”. In “A Tale by Quincy,” venerable songwriter and producer Quincy Jones tells the disturbing story of his mother taken in a straitjacket as a child. The persistence of the past in the present is a recurring theme, periodically elucidated in the stoner’s sermons by Carrey’s heavenly DJ.

The second half of the album turns into a pop-R & B ballad. Sometimes the tempo becomes listless, as in the age-old devotion “Starry Eyes”. But the route remains precise. “I was so cold with those who loved me, baby,” Tesfaye confesses in “Out of Time”. In “Is There Someone Else? “, He accepts the karmic inevitability of a lover’s infidelity:” I don’t deserve someone who is faithful to me. Redemption in Dawn FM comes with a touch of Weeknd style, the sinner who gets his desserts right.