the troubled role of the media 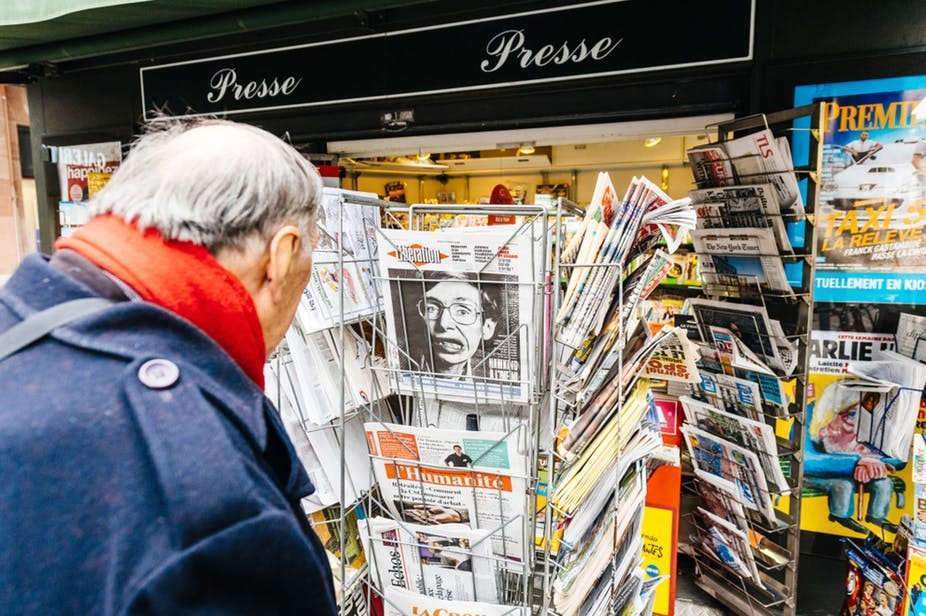 The digital mass media and their algorithms are so powerful that they have taken over ideas and opinions in the world by arbitrarily deciding what is true and what is false. Example with the health crisis.

Are the dice loaded? Is global information now under the control of a few global industrial groups? The question arises at every election, in the United States, in France and elsewhere. This is even more obvious with the health crisis.

The best and the worst

Digital social media has gradually replaced local newsletters to inform citizens. With Twitter, Facebook, YouTube, Instagram, TikTok and LinkedIn, journalistic information mixes with communication, advertising, propaganda and… lies. In this shapeless magma, each user finds what he is looking for.
In a few years, journalistic information (that which is verified and cross-checked, classified and prioritized) has given way to this monstrous mass of information managed by powerful algorithms which decide what can or cannot be published.
How to find it? How to sort the true from the false? The whole question is there: who decides what is true? If I say: “God exists”, is that fake news? And who can check? What fact-checking can give the answer? No one, of course, since it’s a question of belief. To believe is not to know.

The health crisis is an example of the gigantic enterprise of disinformation carried out for two years by the mainstream media which, with rare exceptions, peremptorily assert that vaccines intended to combat Covid-19 are safe. In doing so, they support the health policy of states that impose compulsory vaccination under duress. Media, States: same fight!
But why is all the media in the world saying the same thing at the same time on the same subjects? Why do we say that vaccines are safe and that you have to inject two, then three, soon four doses? Why do authorities in all countries follow the same blind logic? Why is there no possible scientific controversy on TV or in the newspapers on these subjects to balance the information?
It’s simple: because the major media of the world are in the hands of a few very powerful industrial and financial groups relayed by highly paid lobbies.
These big media organizations and global technology companies have decided to come together to form a huge cartel to control information. They came together in 2019 as the Trusted News Initiative (TNI) “to protect the public and users from misinformation, especially in times of ‘risk’ like elections.” And like the management of health crises.

Just to be clear, TNI released a statement with the headline clear“TNI tackles dangerous misinformation about vaccines.” He goes on to say, “TNI’s partners will alert each other to potentially deadly misinformation so that targeted content can be reviewed quickly by platform managers, while publishers will be careful not to unknowingly transmit dangerous lies. .” In other words, all partners are working together to track down and remove “anti-vaccine” misinformation from their respective platforms.
The partners? It is the major press agencies that feed all the newsrooms in the world: Agence France Presse (AFP), Associated Presser (AP), Reuters, but also the BBC, CBC/Radio-Canada, European Broadcasting Union (EBU), Facebook, Financial Times, First Draft, Google/YouTube, The Hindu, Microsoft, Reuters, Reuters Institute for the Study of Journalism, Twitter and The Washington Post.

The affair of Reuters is particularly interesting. Acquired in 2007 by the Canadian group Thomson Financial, the international news agency, which became Thomson Reuters Corps. was chaired, from 2012 to 2020, by James C. Smith. Smith currently heads the Thomson Reuters Foundation, a London-based charity.
However, James C. Smith is alsosince June 26, 2014 member of the board of directors of Pfizer Inc. and one of the first investors. It should be noted that Mr. Smith is also a member of the International Business Council of the World Economic Forum and several international advisory boards.

The return of censorship

What’s worse is not that Reuters continues to promote Pfizer pharmaceuticals, but that it, like its other TNI partners, intends to silence anyone who disagrees with them.
How do they do that? Doing Fact checkwhich in itself is not objectionable. But especially by practicing censorship on a large scale.
Still here, the digital giants have joined forces to fight against (supposed) misinformation on their sites.
And to fight against disinformation, nothing beats censoring information by deleting it, purely and simply, without informing the author. And when the information seems too radical, the account holder is banned, fired, eliminated. “Your post did not meet our community standards”!
Thus, little by little, an “official truth” is established, that decided by a small group of industrialists who impose their vision of the world on us. A world shaped exclusively around their gigantic profits.
Freedom of expression? Pluralism of ideas and sources of information? The democracy?
Uh… what is it?

The media in France

Passing from the artisanal era to the industrial era, the information business has attracted industrialists from all sides who are more concerned with influence and notoriety than with journalistic ethics.
In France, most media belong to industrial or financial groups and their concentration poses serious problems in terms of the plurality of the press and therefore of democracy.
So much so that the President of the Republic asked sociologist Gérald Bronner for a report on disinformation and conspiracy. Entitled “Enlightenment in the digital ageThis document, prepared by a commission of academics, lawyers and journalists, was handed over to Emmanuel Macron on January 11.
The government also adopted in 2018 a law on the manipulation of information during elections and created, a few months ago, an agency called Viginum to protect the democratic debate from external intrusions.
The Senate, for its part, created a investigative committee assess the impact of press concentrations on democracy. The big press bosses have been interviewed one after the other since the beginning of January 2022. It is true that these press bosses are above all big industrialists or financiers (many of whom depend on orders from the State) who have bought newspapers ( paper, audiovisual, internet) to establish their notoriety.
Should we believe everything that is written in the newspapers, what we hear on the radio, what we see on TV? The question of media education is raised each year during the School press week.
The objective is to train young people to discern right from wrong, to develop their critical thinking and to become responsible cyber-citizens.
Let’s remember that the French press is heavily subsidized by the government. The amount of public aid amounts to approximately €400 million per year. A manna essential to the survival of the press, but at the same time a barely disguised supervision of the State on the editorial line and therefore on the information of these heavily subsidized titles.