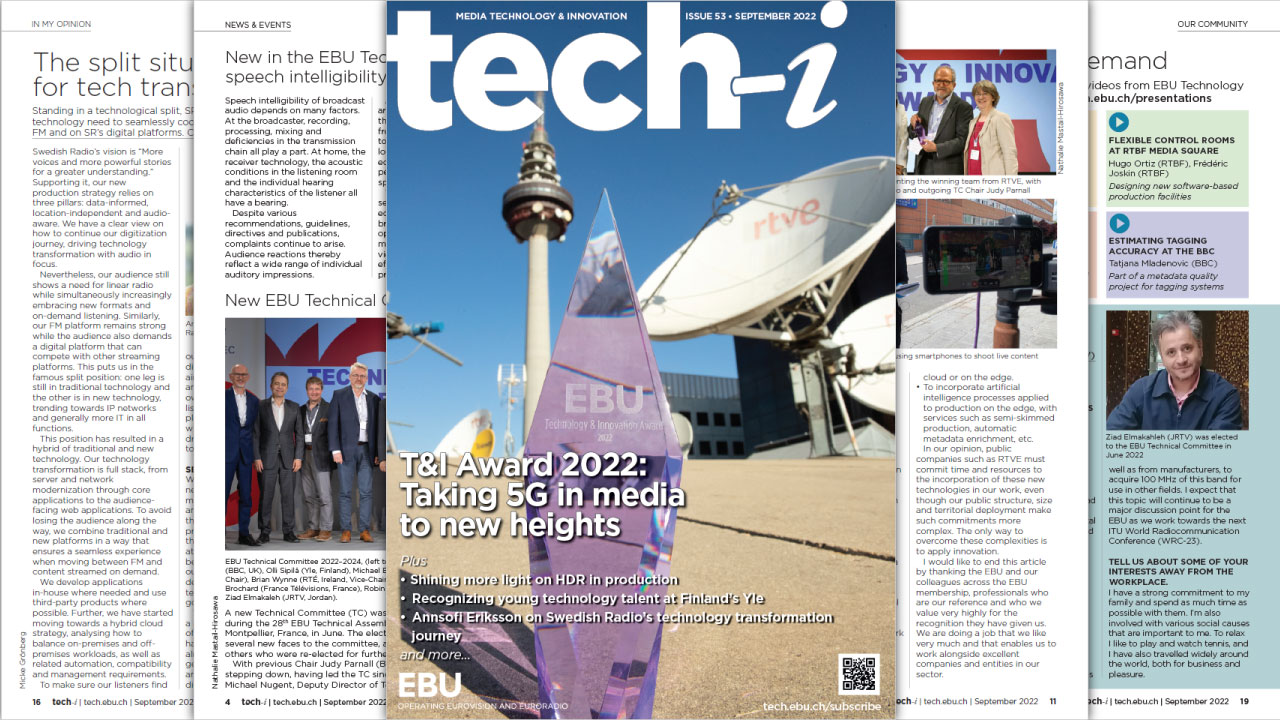 In the latest issue of our quarterly magazine, now available for download, you can find out more about the projects that have won the EBU Technology & Innovation Awards 2022. The cover photo celebrates the big winner, the Spanish RTVE, with the price itself displayed in the shadow of the famous Madridista El Piruli television tower. It was the broadcaster’s pioneering work using 5G technologies for both content production and distribution that caught the judges’ attention this year. See pages 10–11.

There are also articles on CBC/Radio-Canada’s new French-language headquarters, a cutting-edge technology hub, and on SVT’s work to transition to all-software production. We also hear from Young Technology Talent Award winner Yle’s Petri Karlsson, who led the development of a new platform for virtual set design.

EBU Chief Technology and Innovation Officer Antonio Arcidiacono explains how he was inspired by a speech given by the BBC’s Tim Davie at the recent EBU General Assembly. The UK broadcaster’s chief executive had said that public service media, rather than accepting a role equivalent to ‘decline management’, should instead be and see itself as an engine of growth. Mr. Arcidiacono says MSP organizations should seek to create positive disruption to accelerate innovative solutions:

“We should not, as MSPs, be afraid to talk about positive net income to support innovation and the evolution of our organizations.”

Read his full editorial on page 3.

Also in this issue