Students learn about radio and journalism at Pattison Media 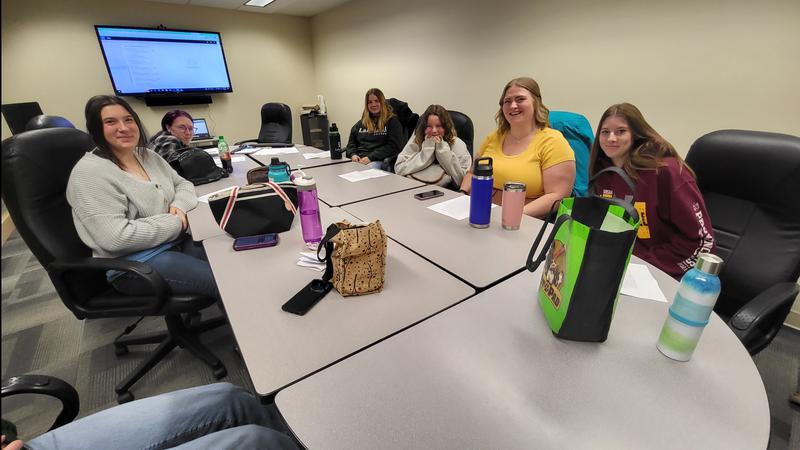 After the station tour, the students spent time talking with newsroom staff about the editorial process and journalism ethics. The students reviewed a recent press release and discussed the news value of the content and which parts of it seemed newsworthy to them.

Much of the conversation focused on editorial decisions about what is covered for news as well as the choice of language and words used in reporting which may or may not involve bias.

For Calista Watt, a 12th grade social studies student, it was a learning experience. “A lot more is put behind airing stories, deciding what gets aired and what doesn’t, and what’s most important.”

Some students wanted to know about possible career paths in radio and journalism, with some admitting that although it is an interesting field, it may not be for them. Grade 11 student Sophie Schroeder said the number of people working at a local station surprised her.

“There are a lot more people employed in a radio station than I thought; there are a lot of different jobs here besides just being on air,” Schroeder said.

Visiting the Pattison Media facility in North Battleford is just one of the trips taken or planned by classes during the course.