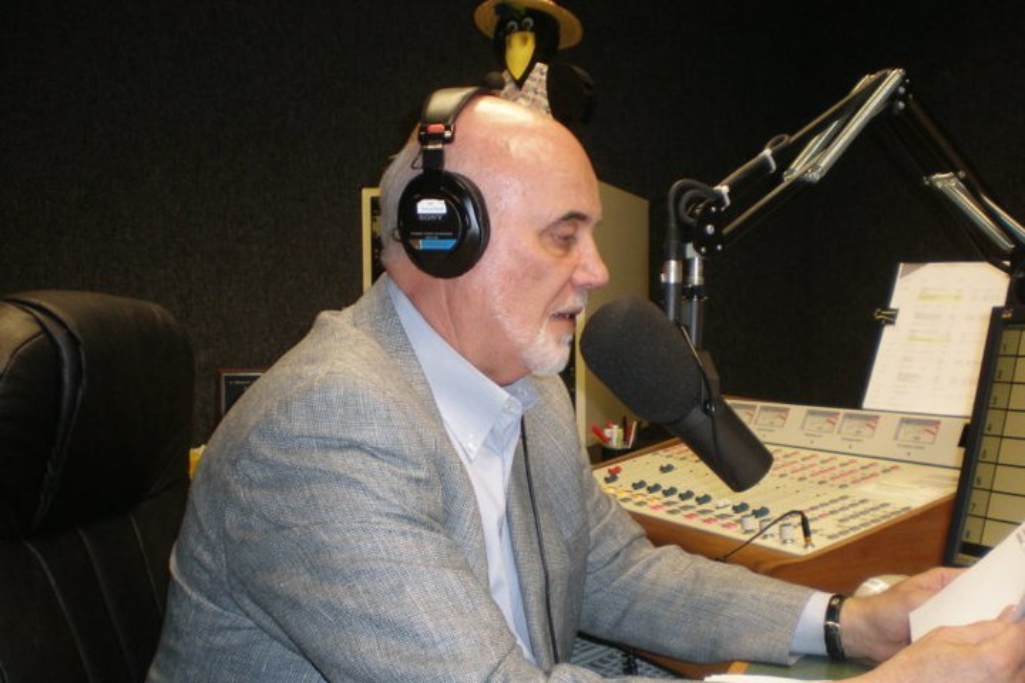 Although he doesn’t appear to be a typical bi-vocational minister, the Southern Baptist pastor Don Kroah said being a full-time pastor and hosting an award-winning radio show are simply two things he believes “God has assigned to me.”

Kroah, who has been the senior pastor of Plymouth Haven Baptist Church in Alexandria, Va., since 2015, also hosts “The Don Kroah Show” on 105.1 FM WAVA (Washington, Arlington), which is owned by Salem Media Group.

The show airs daily Monday through Friday from 4 p.m. to 6 p.m. and has received several broadcast awards since its launch in 1997.

His most recent award was a first prize for Best Documentary or Public Affairs Program at the Virginia Association of Broadcasters.

The program’s winning submission was an interview with former Virginia Congressman Frank Wolf regarding the Christian genocide in Nigeria. The competition for the prize included all general radio programming, not just Christian.

Despite the success he has had in the radio business over the years, Kroah only sees it as an addition to his ministry.

“My primary calling is as a pastor, but my calling also that the Lord has assigned to me is to spread, and I think both have served each other well in terms of the body of Christ and how we have been able to work,” said said Kroah.

Kroah said the show’s location near DC affords it the opportunity to host influential guests in the political and economic spheres, but the show also prioritizes discussions on Christian topics with well-respected pastors. known.

Ministry leaders the show has interviewed include Tony Evans, Chuck Swindoll and Charles Stanley. Kroah insisted that he wanted to use the show’s platform not to achieve worldly success, but to build the kingdom of God.

“I have a microphone in front of me and I try to remind myself regularly that it’s not my microphone, it’s the Lord’s,” he said. “I’ve never had a desire to separate the two, and I just see the church as being obligated to meet the needs of the culture, whatever they are.

“This is God’s opportunity for us (the radio show) to talk about culture and reach people who otherwise would never sit in one of our pews, but we we can reach them with the message of Christ and make a difference that way.”

In addition to hearing from some of the world’s top Christian leaders, Kroah has used the show to discuss important Christian issues such as the persecuted church and discipleship around the world.

“The persecuted church in general has been a passion of mine since I’ve been in ministry, but especially coming to the Washington area with such a great platform to speak on this issue,” Kroah said. “We have a deep obligation to the suffering church.”

The show frequently hosts live fundraisers for organizations that support the persecuted church and hosts talks about Christian persecution, as they did with Wolf.

As for discipleship, Kroah founded a non-profit organization called “Reach Africa Now” in 2001, which focuses on equipping and training pastors.

Prior to the COVID-19 pandemic, Kroah said he would visit Africa at least once a year, speaking and ministering primarily in Nigeria and Tanzania. He said he believes supporting other pastors is one of the most important avenues of ministry.

“I think the two most important areas of ministry are strengthening churches and encouraging their pastors, as they are the agents of change in their cultures,” Kroah said.

Pastoring and outreach have been part of Kroah’s life for a long time.

Shortly after beginning his first ministry in Maine in 1963, he contacted the local radio station to see if he could start a church program.

He eventually pastored and worked in broadcasting in New England for over 20 years.

After moving to Virginia to start the current show, Kroah gave up being a full-time pastor, but preached occasionally at various churches.

After serving as acting pastor at Plymouth Haven Baptist in 2014, the church asked him to consider accepting a call to be the pastor.

Kroah said he initially said no several times, but he felt the Lord “spoke to me in my spirit that he wanted me to reconsider.”

While it works for him, he doesn’t recommend the life of a bivocational pastor to everyone. He suggests that pastors only try to do many things if they know God has called them to do so, and says his love for pastoring and outreach is what motivates him.

“Both things have to be clearly designed as God’s will for that person, or it will render them ineffective at both ends,” Kroah said. “I think the great challenge for the pastor is not to get distracted or sidetracked from his primary purpose of edifying the saints and preaching the Word…I hold the pulpit greatly responsible for what happens over the long term. goes to a particular church.

“I do what I do because I know deep in my heart that these are the things that God has assigned to me. … It’s my love for the Lord and my desire to make sure I’m doing what He wants me to do that’s worth doing.