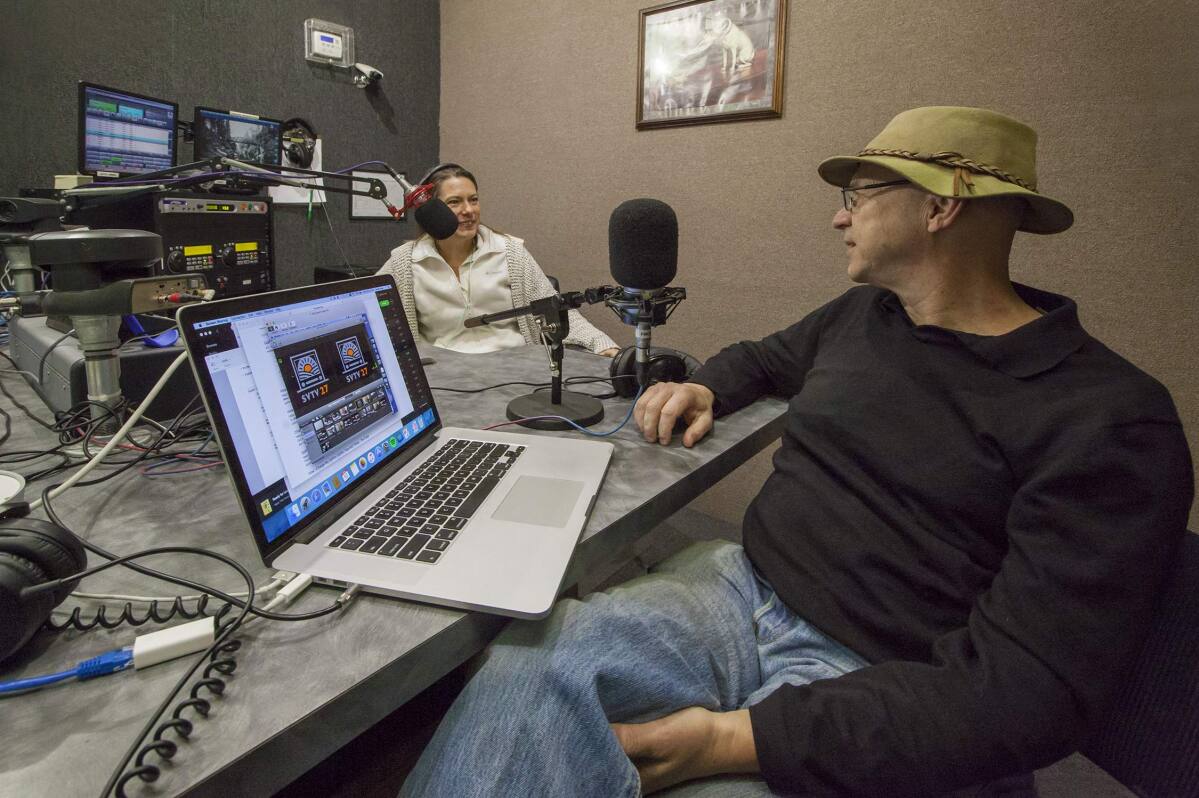 Two local radio stations present interesting new listening possibilities. KRCB, (104.9 FM) from Cotati, and KSVY from Sonoma (91.3 FM) branch out a bit with Sonoma Valley residents. The former features some of Jack Hines’ efforts, and the latter spins Anne Hare into a slightly different kind of music than you usually hear there.

Hines is no stranger to the local music scene. He’s been playing bass guitar here in the Valley of the Air for years, with the Mosey Boys and most recently in the band Wolf Run, both with his musical partner Adam Traum. They met at open mic when Traum was looking for a bassist and Hines was available. A 10-year relationship developed, with strong vocals from both and smooth guitar playing from Traum.

Hines has an album of these wonderful sounds which was recorded in 2009 in Death Valley. Called “Death Valley Oasis”, Hines has captured the sounds of the myriad species of migratory birds passing through this desolate place in spring. The haunting howl of a lone coyote at sunrise was also captured.

The album titled “Sequoia High Country” was a joint effort with Krause. It captures four seasons and four sites of “biophony”, the non-human sounds produced by living organisms heard in a given area.

Some of these unique and extraordinary recordings are available on Hines’ website, eartothewild.com. Hines’ work was selected by KRCB program executives to air in a weekly segment titled “Ear to the Wild”. Hines said, “These are short interstitial segments – about 1.5 minutes long – that circulate throughout the day.” The segments will feature recorded sounds from North Bay and will run throughout the week. The specific schedule can be found on the station’s website, norcalpublicmedia.org/radio.radio. This week’s sonic treat is the sound of chinook salmon swimming and spawning in Sonoma Creek last year.

KSVY’s news is a bit stronger and decidedly more human in origin. Local radio listeners have one hour, a short hour on Sunday afternoon (4-5 p.m.), to listen to a new show focusing on alternative rock. On a station known for its lively local conversations and classic rock, it’s a horse of a different color.

The show’s host is radio newcomer Anne Hare, who goes by the “C” handle when on the air. Hare is a former rock drummer who discovered this genre and these songs while spending time with her young daughter. She has become a champion of this style and shares “thousands of new alternative rock songs” on her radio show.

A grown woman with plenty of other responsibilities, Hare still finds time to listen to hundreds of new songs each week, some of which make the cut and play on local airwaves. His show is roughly divided into three sections: a selection of new songs, some bluesy stuff, and some tried and tested favorites. Those favorites could include songs from Green Day and The Killers, new songs could be by Shaun James or a host of others, some of which she’s never even heard of. This show is innovative.

Hare talked intently while having a drink at a local watering hole. “The alternative was really the transition from punk to pop,” Hare explained. She loves it all and immerses herself in her 60 minute show with tremendous verve and enthusiasm. “I’ve been a fan of alternative music for a very, very long time,” Hare said. She wants to spread the good gospel like this, one lead at a time.

As Stephen Stills once sang, “Stop, what’s that sound…” Whether it’s the loud sounds of Green Day or the riot of sounds of a day just dawning, these two Sonoma Valley residents are proud to bring these recordings to local listeners.