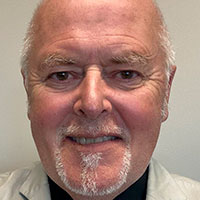 The federal government is set to further empower the Canadian Radio-television and Telecommunications Commission (CRTC) as a regulator of Internet content, including with respect to streaming companies.

To truly appreciate the global reach of Canada’s future online regulator, look no further than its history of dealing with religion and pornography.

It all dates back to the 1920s, when Jehovah’s Witnesses began using unregulated airwaves to launch verbal attacks on Catholic and Protestant churches. Shortly thereafter, Saskatoon’s CHUC station, owned by Jehovah’s Witnesses, allowed Ku Klux Klan magician JJ Maloney to make an on-air speech that roughly marked the end of the Canadian era of free market radio. Religion on the airwaves became an official “matter of concern” and in 1932 the Canadian Broadcasting Commission (CRBC) was formed.

The CRBC and its descendants, until today’s CRTC, refused to license religious broadcasters for more than 60 years, relenting only slightly in 1983 with the nervous approval of a multi-faith cable channel. No undenominational license was allowed until over a decade later, all because of the bad behavior of Jehovah’s Witnesses in the 1920s. Even now, regulations are still in place to ensure that all faith-based broadcasters air alternative views.

In other words, if you want to tell the world that “Jesus loves you mate,” you have to give a few hours a week to someone who is, in effect, saying, “No, he doesn’t love you.”

It wasn’t a blinding flash on the road to Damascus that softened the CRTC’s heart on this issue in the 1990s. CRTC wanted to license them. The product had proven popular on rogue satellite services and in video stores, and it was a way to help those in Canada’s regulatory system join in the fun, profit from money and to continue to meet the aspirations of the Broadcasting Act to provide “a wide range of programming that reflects the attitudes, opinions, ideas, values ​​and artistic creativity of Canadians.

Soon after, pornography moved online and became a major driver of demand for internet services and the bandwidth needed to watch streaming content. Video libraries have disappeared, and as online options have grown, cable video-on-demand revenues have seen a decline that recently averaged nearly 8% per year. No doubt the country’s cable and satellite providers will soon be asking the CRTC to recoup some of that lost loot once new legislation authorizes it to do so.

The Streaming Act (Bill C-11) is currently being studied by the House of Commons Heritage Committee. It specifically targets the regulation of online streaming companies in an effort to ensure that they are “contributing to the system”, which means pouring a lot of money into funds distributed two-thirds in English and one-third in French to film and television approved. productions. Given that Canada is a world leader in the creation, distribution and consumption of online sex, there is every reason to expect the industry to play a role in meeting the cultural needs of Canada and in achieving the objectives of the Broadcasting Act.

It also remains to be decided how the CRTC will manage Canadian content (Cancon) and other obligations such as closed captioning and described video. (A brief digression: the Commission has sometimes given relief to licensees having difficulty finding staff who can watch pornography all the time – one can only imagine – while recording detailed commentary of what is going on. on screen in favor of the visual. altered.)

Canadian content, regardless of genre, has always been of great importance to the regulator. This was widely reported a few years ago when some companies were called to task for not providing sufficiently robust levels of screen time for sexually expressive and enthusiastic Canadian performers. While Cancon percentages are hard to enforce in the endless world of the internet, it’s likely that problem will be replaced by what Rodriguez and other C-11 proponents call “discoverability.”

The “Act to protect young people from exposure to pornography (Bill S-203)” is the work of Senator Julie Miville-Dechêne, a former Radio-Canada journalist. Its intention is to make “sexually explicit material” accessible only to people who are at least 18 years old. Among the concerns raised is the privacy issue triggered by requests to use facial recognition software to confirm that the person accessing online pornography is indeed the person registered to do so. Fines of up to $500,000 are being considered for companies that fail to comply.

Private members’ bills don’t have a lot of success. But, should it succeed, there is a provision in Bill S-203 for Cabinet to designate an agency to oversee its implementation.

Rodriguez is already giving the CRTC authority over the internet, giving it control over how newspapers get and spend money from the “web giants” in online news law and laying the groundwork for the CRTC to be the regulator of its online harms legislation. As such, the CRTC would also be the natural home of Senator Miville-Dechêne’s bill. After all, they’ve been keeping tabs on this genre for decades.

All of this new work means that the CRTC will have to significantly increase its number of employees. And they’ll discover even more regulatory challenges waiting for them behind the scenes – one of which just might come full circle for their organization.

Because it turns out that the Jehovah’s Witnesses are among the most popular religious sites. Since it uses both audio and video, it will also be under CRTC oversight once Bill C-11 is passed. So many sites; so little time.

Peter Menzies is a senior researcher at the Macdonald-Laurier Institute, former vice-chairman of the CRTC and former newspaper publisher.

The opinions expressed by our columnists and contributors are their own and do not inherently or expressly reflect the views of our publication.

© Troy Media
Troy Media is an editorial content provider for news outlets and its own hosted community media across Canada.

Peter Menzies spent three decades as a journalist and newspaper executive, including at the Calgary Herald, where he served as editorial page editor, managing editor and, finally, publisher.
Following his career in journalism, he spent almost 10 years as a member of the Canadian Broadcasting Council, first on a part-time basis, followed by four years as Regional Commissioner for Alberta and the Northern Territories. -West, then four more as Vice President. Telecommunications.
In the past, he consulted on educational and media projects with the Fraser Institute and wrote frequently on media and the impact of the internet on society during his tenure as a senior fellow at the Cardus think tank. At the end of his tenure at the CRTC, he returned to regular commentary writing for Troy Media through which his work has appeared in the Victoria Times-Colonist, Winnipeg Free Press, Hamilton Spectator, Halifax Chronicle Herald and many others. ‘others. He also writes regularly on media and communications for Convivium magazine, the Globe & Mail, the National Post and the Toronto Star and advises technology companies.

Read more from the same author: