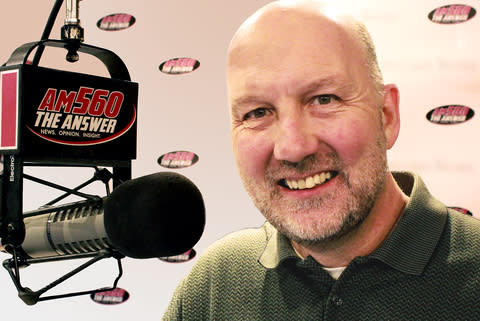 IRVING, Texas, December 29, 2021– (COMMERCIAL THREAD) –Salem Media Group, Inc. (NASDAQ: SALM) announced today that its Chicago, Illinois AM 560 The Answer station will begin in 2022 with an overhaul of its information and traffic operations. For the past 17 years, Mike Scott has anchored news broadcasts on the station between 5 a.m. and noon every day of the week. Scott appeared on the station thanks to a deal between AM 560 and Total Traffic and Weather Network and NBC News Radio. This agreement is not renewed when it expires at the end of the year.

Effective January 1, 2022, Mike Scott will move to a full time position with AM 560 as Chief Information Officer, where he will continue to anchor newsletters and also begin managing traffic reports.

“I’m incredibly happy to be able to continue in my on-air role with AM 560 and Salem Media,” said Scott. “We have some of the best listeners in all of Chicago radio and some of the best talent on the air. I look forward to providing our audience with the first glimpse of today’s news.”

In addition to continuing in his on-air role with AM 560, Scott will also serve as anchor for the Salem Podcast Network’s Daybreak Insider Podcast, which launched in September 2021.

While with AM 560 in Chicago, Scott also anchored news broadcasts for WWTC-AM 1280 The Patriot from Salem to Minneapolis. He previously served as a Chicago City Hall reporter for MetroSource News, starting in 1999.

Additionally, JoAnn Genette will join AM 560 as the afternoon presenter through a deal with Remote News Service. Genette will host the afternoon TV news on weekdays until 6.30 p.m. Genette has been heard on a number of Chicago stations, including WLIT-FM, WLS-FM, WLS-AM, WBBM-AM and WKSC-FM, where she was heard in the morning and served as director of public affairs for the station for seven years. .

“I am very happy to have this new role at AM 560 The Answer,” said Genette. “It’s a great choice for me. I’ve always understood that the most important part of news is to recognize that the lives of real people are attached to these stories.”

Another new addition to AM 560 will be longtime Chicago traffic reporter Jill Urchak who will begin handling the afternoon traffic reports. Urchak spent nearly 25 years as a traffic reporter in Chicago, including WGN-AM, WBBM-AM, WSCR-AM, and WLUP-FM, as well as WBBM-TV.

“Many thanks to the management of AM 560 for including me on their fantastic radio station,” said Urchak. “I look forward to the trip and the opportunities that come with it. I’m super excited!”

“News and traffic are fundamental parts of our format and our radio station,” said Jeff Reisman, regional vice president and general manager of AM 560. “Keeping Mike Scott on our team while adding Joann and Jill Reinforces Our Commitment To Serve Our We have a seasoned broadcast team with experience and insight our listeners can trust. “

AM 560 The Answer is owned and operated by Salem Media Group.

Salem Media Group is America’s leading multimedia company specializing in Christian and conservative content, with media properties including radio, digital media, and publishing of books and newsletters. Every day, Salem serves a loyal and dedicated audience of listeners and readers who number in the millions nationwide. With its unique programming focus, Salem delivers compelling content, fresh commentary, and insightful information from some of the most respected figures in the Christian and conservative media landscape. Learn more about Salem Media Group, Inc. at www.salemmedia.com, Facebook and Twitter.