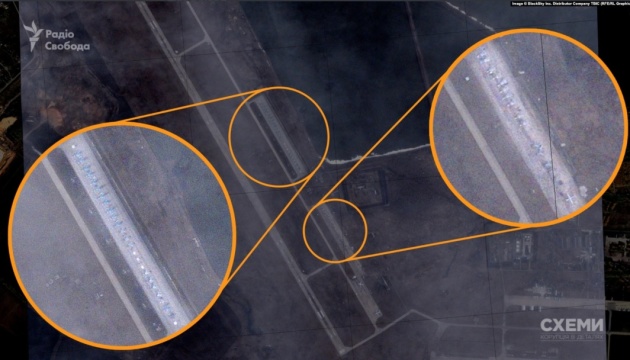 Satellite images show that Russia is building up military air forces at the Lipetsk-2 airfield in the Lipetsk region.

The relevant statement was made by Radio Svoboda [Radio Liberty]reports a correspondent of Ukrinform.

“Russia is building up military air forces at the Lipetsk-2 airfield in the Lipetsk region. The number of combat aircraft and bombers at the airfield doubled compared to the end of March, as evidenced by satellite images available for Skhemy (Radio Svoboda),” the report said.

According to the Air Force of the Armed Forces of Ukraine, the Russian army uses the Lipetsk-2 airfield to attack settlements in eastern Ukraine.

Russian military activity affects the operation of civilian aircraft in the region. The Lipetsk region has been included on the list of regions where civilian airports have suspended operations, according to the Lipetsk airport website. The list mainly includes the regions bordering or located not far from the border with Ukraine. These restrictions will be in effect until at least April 19, 2022.