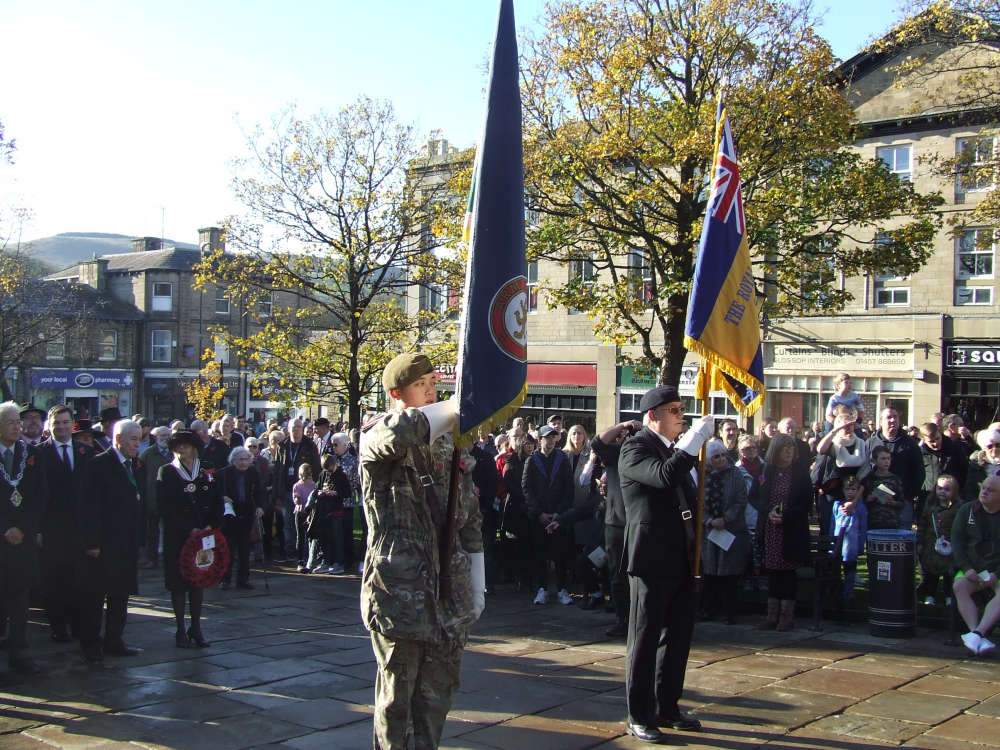 Recorded chimes from Big Ben rang out in a sun-drenched Norfolk square on Remembrance Sunday as Glossopdale paid tribute to its local heroes.

With Glossop Town Hall’s clock still out of order, London’s famous old clock struck 11 times at 11am, exactly when the guns of World War I fell silent in 1918.

With temperatures reaching 15 degrees, crowds numbering in the hundreds gathered in the square for a service that has changed very little in over 100 years.

The parade, which made the short journey from the market, seemed bigger than ever.

Marching behind the Glossop Royal British Legion standards to the upbeat music of the Glossop Band were the young soldiers of the local force of Army Cadets, Scouts and Guides in their brightly colored uniforms.

The service was led by Father Norman Shaw and Father Martyn Sylvester and in keeping with all these ceremonies there were prayers, praises and feelings of thanksgiving for British and Commonwealth servicemen killed or seriously injured during two world wars and other conflicts.

And again, there were hopes for world peace.

Wreaths of crimson poppies and small wooden crosses were laid on the steps in front of the memorial, its sides bearing metal tablets engraved with the names of Glossop soldiers and airmen who made the ultimate sacrifice in two world wars.