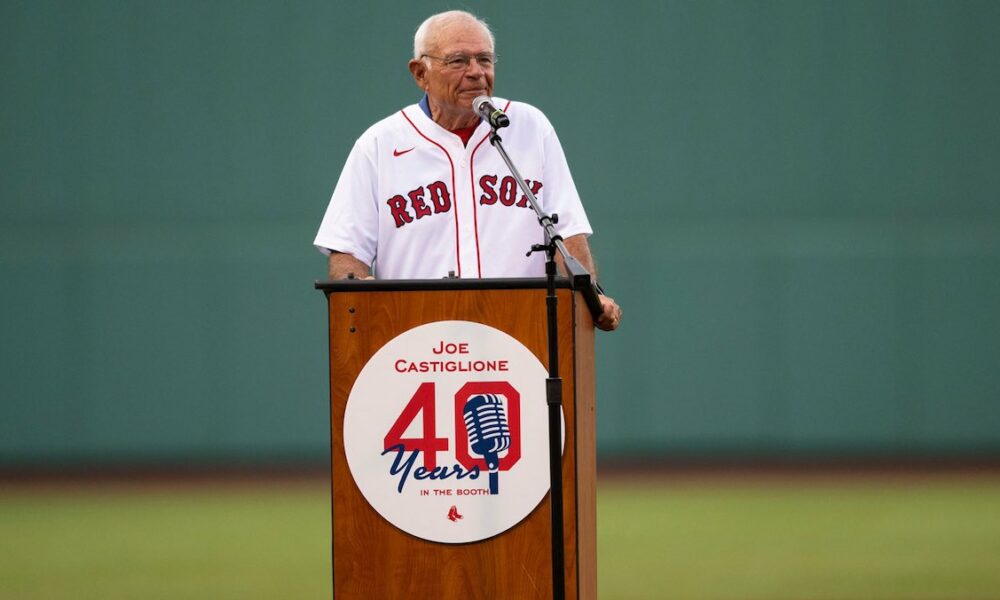 The Fenway Park radio booth will bear the name of the man who has lived there for forty years. On Thursday evening, Roger Clemens presented Joe Castiglione with a plaque officially naming the establishment the Joe Castiglione Booth.

“When you stream, you never expect to be anywhere over three, let alone 40,” Castiglione said on NESN ahead of Thursday night’s game against the Cleveland Guardians.

To put the Boston race into perspective, since 1983, Joe Castiglione has been the Red Sox’s sole radio broadcaster. During the same period, the team had 13 different managers.

Forty years in the business means a lot of different experiences. Castiglione experienced some of the lowest fan lows for the Red Sox early in his stint with the team when Bill Buckner let a ball go through his legs in Game 6 of the 1986 World Series.

Years later, he has become the voice of many fans associated with lives of frustration put to rest. No Red Sox broadcaster having been able to call a league season since 1918, Castiglione has now called four!

“Incredible, right? Forty years,” Red Sox manager Alex Cora said. “We always talk about the players squealing over 162 players and all it takes but Joe’s been doing it for 40 years, I can’t even imagine. Obviously he’s a very respected man and a person great. He brings joy to a lot of people here when he shows up.