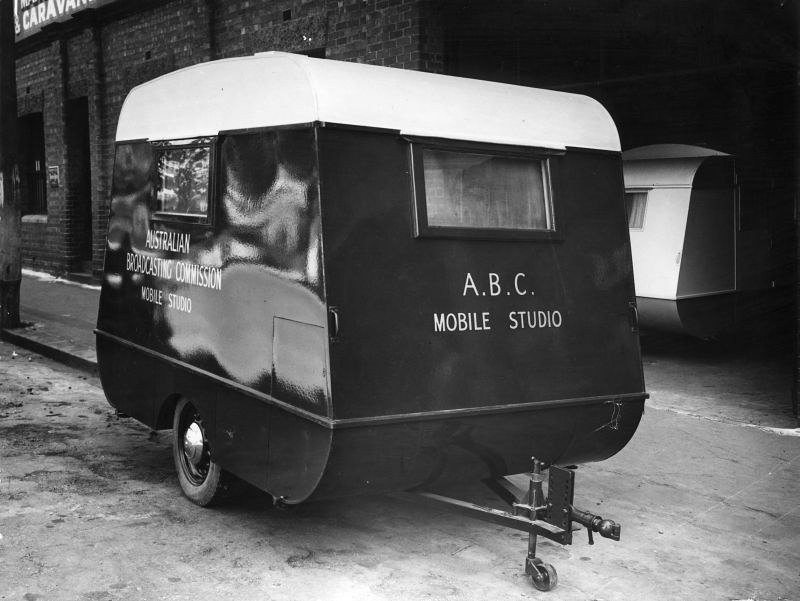 Australian politics grapples with the need to remake and rebuild our media voice in the South Pacific.

One of the missing pieces of our Pacific intensify is the lack of vision or understanding of Australia’s role in the regional conversation.

Domestic political battles and budget cuts degraded Australia’s central role in island journalism in the 20th century. Our media voice in the South Pacific is at its weakest since Robert Menzies launched the shortwave radio service in 1939.

We now need to rethink that role and empower that voice for the 21st century – a new model of speaking withdo not forthe South Pacific.

The political failure that has so weakened our voice over the past decade had a deeply familiar element: Oz’s recurring amnesia regarding our interests, influence and values ​​in the islands.

See the complaint of amnesia offered by a wise Canberra owl, Nick Warner, in his Financial analysis editorial on “Australia’s long peaceful stupor”: ‘For two generations, since the end of the Second World War, Australia has wasted the opportunity to build deep and lasting relationships with our South Pacific neighbours. And now it’s almost too late.

This is a candid view of the heart of the Canberra system. You don’t get much more connected and powerful than Warner, who was our top diplomat in Papua New Guinea, ran the regional assistance mission in the Solomon Islands, then ran the Ministry of Defence, the Secret Service Australian Intelligence and Bureau. national assessments.

Warner’s story of “stupor” frames his diagnosis of how China might strike a security treaty with the Solomon Islands:

China is now apparently entrenched in the Solomons and will also seek other opportunities for a base elsewhere in the Pacific. But, for better or for worse, Pacific politics rarely offers certainties. It is not too late for Australia to consolidate its place in the South Pacific and protect its strategic interests.

Warner’s need to “consolidate our place” brings us back to a specific example of stupor/amnesia: the degradation of our media voice in the islands and the role of the Australian Broadcasting Corporation.

In the South Pacific, Radio Australia and the international television service, ABC Australia, are still doing a good job. But they only have a third of the budget they enjoyed ten years ago. Highlight this fact of stupor/amnesia: spending on the ABC as the media voice of the Indo-Pacific has been cut by two-thirds.

In 2014, the Abbott government hacked the ABC by killing international television funding, a sad, bad and stupid decision that also decimated Radio Australia.

Policy refund in Canberra produced a-gang-that-couldn’t-shoot-straight tragedy in the south pacific. Abbott’s aim was to scratch the anti-Aunty itch, but he badly hurt a major instrument of Australian foreign policy. The damage was compounded when the ABC turned off shortwave in 2017; again, this was an internal concentration that harmed our regional interests.

For an account of all this, see ASPI’s Hard news and free media are the backbone of Australia’s soft power.

In this long-running melodrama with dark comedy elements, a valiant ABC is also a victim, with the haters viewing Aunty as a villain instead. How long the drama has had: Three generations of Murdoch have waged war on Aunty, beginning in the 1930s with Keith Murdoch’s bitter fight against the creation of an independent ABC news service.

A replay of the domestic battle devalue our international voice occurred with the launch of the Labor Party’s election campaign last month of its Indo-Pacific Diffusion Strategypromising the ABC an additional $8 million a year for international programming, as well as a review of shortwave restoration.

Labor’s idea is a good first step to restarting Australia’s conversation with the islands, Jemima Garrett written, but it just seems to push more “Australian content” and clutter the regional airwaves with “Australian voices”. It’s ‘soft power’ in a crude form – a one-sided monologue when dialogue is needed – a 21st century conversation in which Australia and Australians talk ‘with’ not ‘to’ our neighbors of the Pacific.

Preferring hard power to soft power, Prime Minister Scott Morrison called Labor policy ‘grotesque’saying that in the South Pacific, “I sent the AFP [Australian Federal Police]. Labor wants to send the ABC, when it comes to their peaceful solution.

Australia, of course, needs it all – the AFP and the Australian Defense Force, but also the ABC.

In this argument, I declare my love for Auntie. I worked as a journalist for Radio Australia and the ABC (1975-2008) and had the great privilege of spending a lot of time as a correspondent in South East Asia and the South Pacific. I broke a lifelong habit of putting the boot in Aunty when she turned off shortwave. The ABC had undermined its international role, established by a parliamentary charter, to the benefit of its national responsibilities.

Labor’s soft power thinking is a work in the minor key compared to recent efforts by the House’s Joint Standing Committee on Foreign Affairs, Defense and Trade.

During the last sitting week before the start of the election campaign, the commission published its report Strengthen Australia’s relationship in the Pacific. The media recommendations were the most ambitious to emerge from Canberra for several days:

The Committee notes that the media environment in the Pacific is becoming increasingly contested and recognizes that Australia has a national interest in maintaining a visible and active media and broadcast presence there. The Committee recommends that the Australian Government consider the necessary steps to expand Australia’s media footprint in the Pacific, including by:

– expand the provision of public and commercial Australian television and digital content across the Pacific, taking into account the existing efforts of the PacificAus TV initiative and Pacific Australia;

– revitalize Radio Australia, very popular in the region, to strengthen its digital appeal; and

I support the idea of ​​the creation of an Australian international media company, contained in my submit to inquiry. The findings of the committee and the idea of ​​a new international body, to build on the foundations of the ABC, will be the next chronicle of these reflections on the voice of Oz media in the South Pacific.