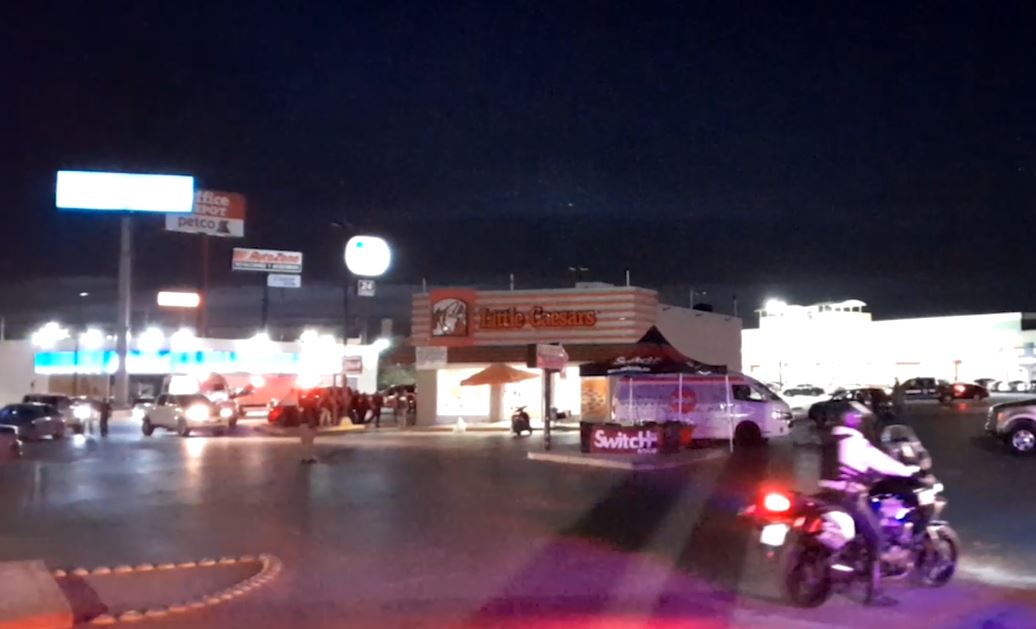 Around 8 p.m., armed individuals attacked a Little Caeser’s Pizza restaurant on Ejercito Nacional Avenue in South Juarez, where a radio station was broadcasting live, promoting the restaurant on air.

The newspaper reported that four people were shot in a Circle K. There were several other gunshots and firebombings throughout the evening.

Around 1 p.m. Thursday, a fight between rival gangs left two dead and 20 injured inside the city’s Cereso 3 prison.

According to a statement from the Chihuahua attorney general’s office, prison officials called on state police, Juarez municipal police, the Mexican military and the National Guard to help restore order.

Initially, prosecutors said three inmates died, but later said there were two, according to The Associated Press.

Del Rio liquor stores announced on social media that the stores would be closing for the safety of workers and customers.

Visit BorderReport.com for the latest exclusive stories and breaking news on issues along the U.S.-Mexico border

“Yes,” he said. “Today we Juarenses are in mourning, but also on this terrible night there are hundreds of elements working in Juárez and for Juárez.”

Perez said the city and municipal police are coordinating with all levels of government.

“We haven’t let our guard down,” he said. “I trust each and every one of our police officers, our (police chief) and his entire team who have not left the streets and who are on the front line.”