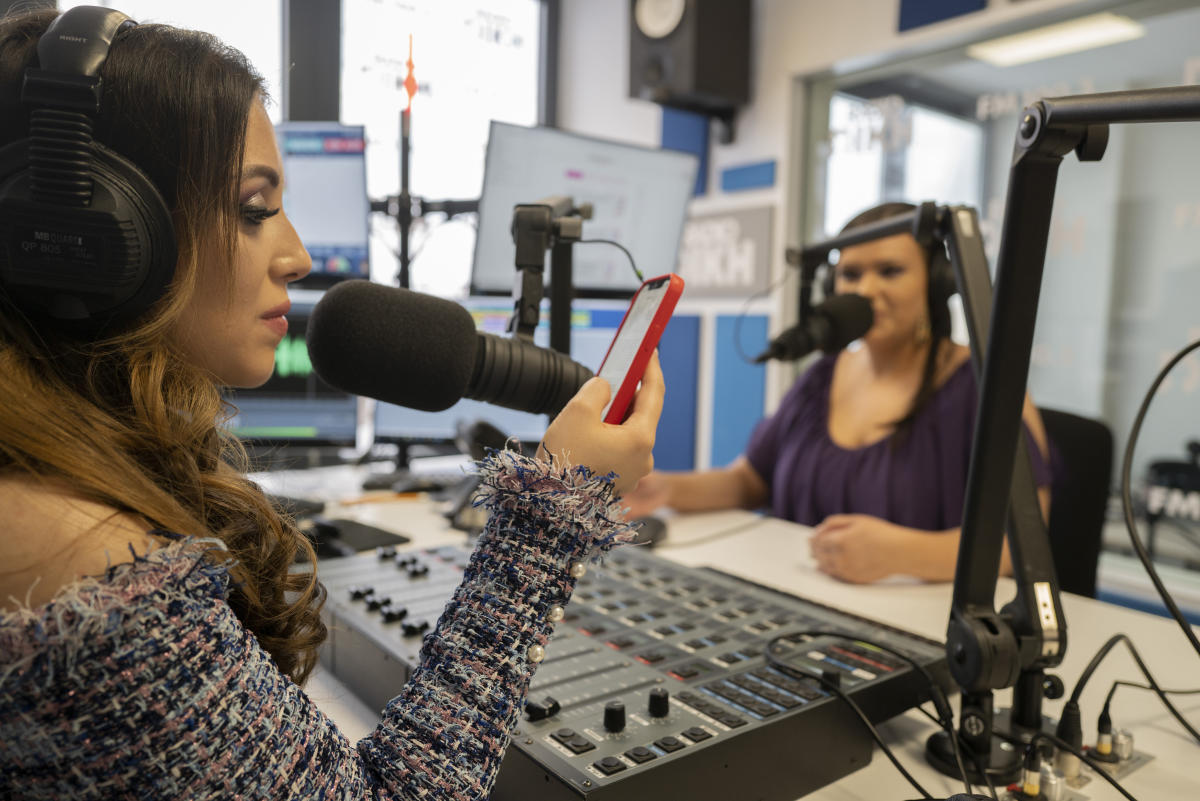 BUDAPEST, Hungary (AP) — Intellectuals, broadcasters and cultural figures from Hungary’s Roma community are using the airwaves to reframe narratives and elevate the voices of the country’s largest minority group.

Radio Dikh — a Romani word meaning “to see” — has been broadcast since January on FM radio in the Hungarian capital, Budapest. Its 11 programs focus on music, culture and issues facing Roma, and aim to redefine the way the often disadvantaged minority group is viewed by society at large.

“Roma in general are not represented enough in the mainstream media…and even if they do, they often don’t show the right image or the true image of the Roma community,” said Bettina Pocsai, co-host of a show. which focuses on social issues.

Radio Dikh, she said, aims to “give Roma a voice and ensure that our voice is also present in the media and shows an image that we are happy with”.

According to some estimates, the Roma in Hungary are close to one million, or about 10% of the population. Like their counterparts across Europe, many Roma in Hungary often experience social and economic exclusion and face discrimination, segregation and poverty.

Adding to their marginalization are stereotypes about the roles of Roma in society, where they are often associated with their traditional occupations as musicians, dancers, traders and craftsmen that date back centuries.

These expectations have limited opportunities for Roma – especially Roma women – to participate and develop their skills in other areas, said Szandi Minzari, host of a women’s radio show.

“We are stereotyped by the majority because they tend to believe that we are very good at singing, dancing, talking about women’s issues and raising children, and that’s us. But it’s much more,” Minzari said.

Many women in traditional Roma families are highly dependent on male family members, Minzari said, and including them in conversations about matters of public concern is meant to inspire them to engage in a different world.

“We find it very important to talk about heavy topics…because we talk about so much more than just talking about nail polish, hairstyles and Botox,” she said, adding that she would like people to listeners come to the conclusion that “The problem isn’t me. I want more out of life and these girls do, and I can do the same.

Radio Dikh’s motto, “About Roma, not just for Roma”, reflects the broadcasters’ belief that the station can serve as a bridge between Roma and non-Roma Hungarians, and can break down narratives that tend to associate their community to poverty and other social problems.

As well as co-hosting his own show, Pocsai, in his spare time, guides informative tours in Budapest that aim to correct misconceptions about Roma among Hungarians and foreign tourists. In the city’s 8th district, which has a high concentration of Roma, Pocsai gave a presentation to a group of visitors from the United States.

By presenting the more than 600-year history of Roma in Hungary and challenging preconceptions, Pocsai said she aims to ensure that future generations of Hungarian Roma will not have to go through the challenges she faced as a child.

“I want to change the way Roma are perceived in society,” Pocsai said. “I want to make sure that there is enough light on the values ​​that the Roma community has transmitted throughout history to non-Roma society.”