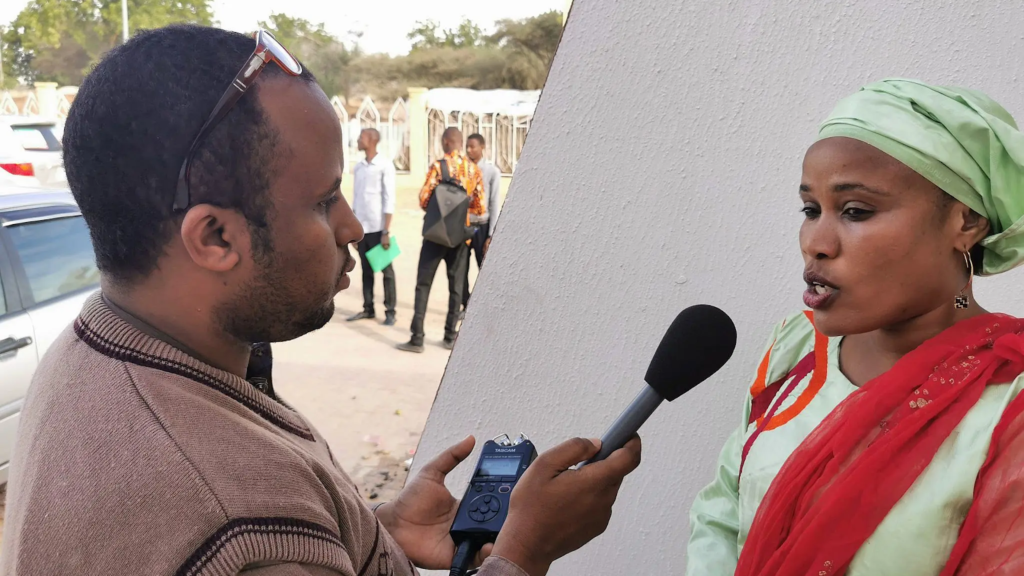 The website of Radio Ndarason International (RNI), which broadcasts throughout the Lake Chad basin in local languages, had to close after being targeted by a DDOS attackwhich began on Friday, October 28.

In a statement shared with HumAngle on Thursday, the broadcaster described the attack as sustained and massive, noting that no one has yet claimed responsibility.

A DDoS (Distributed Denial of Service) attack causes a website to receive an overwhelming number of fake visits, ultimately disrupting normal traffic and preventing others from gaining access to it.

“[We have] no idea who is behind this assault on a respected media organization, or why they are doing it. The cost of a DDoS attack can run into the tens or even hundreds of thousands of dollars, especially if it continues over a long period of time, like this one,” RNI said.

“Finding out who is behind such activity is extremely difficult. Sustained, large-scale attacks are sometimes undertaken by governments against a perceived enemy, while others are undertaken by criminal hackers hoping to gain an advantage.

The group ensured to his listeners and supporters via its site that its teams around the world are working to fight against the attacks “and hope to restore normal service as soon as possible”.

“We are truly sorry for the inconvenience caused, as our mission is to provide you with vital and credible information about the Lake Chad Basin and the Greater Sahel,” he added.

RNI, which started its activities in 2015, broadcasts throughout the Lake Chad region in Kanuri, Kanembu, Buduma and French, reach an audience of about eight million people in Cameroon, Niger, Nigeria and Chad.

It covers issues such as conflict, extremism, food crises and gender-based violence.

“We launched programs with what is called an alternative-constructive discourse. For example, if Boko Haram uses verses from the Quran to justify violent acts, we invite experts on the radio, including experts on Islam, to understand the verses, even the hadiths, in a peaceful way,” said RNI founder David Smith. said in an interview last February.

“But life in the Lac region does not exclusively revolve around issues of violence. We broadcast a lot of content on development, agriculture, fishing, breeding… How can farmers and breeders live together? How important is education? In the region, illiteracy rates are among the highest in the world. Obtaining information by radio is a reality.

There are millions of ordinary people affected by conflict in Africa whose stories are missing from the mainstream media. HumAngle is committed to telling these difficult and under-reported stories, hoping that those affected by these conflicts will find the safety and security they deserve.

To make sure we continue to provide public service coverage, we have a small favor to ask of you. We want you to be part of our journalistic enterprise by bringing us a token.

Your donation will further promote a strong, free and independent media.