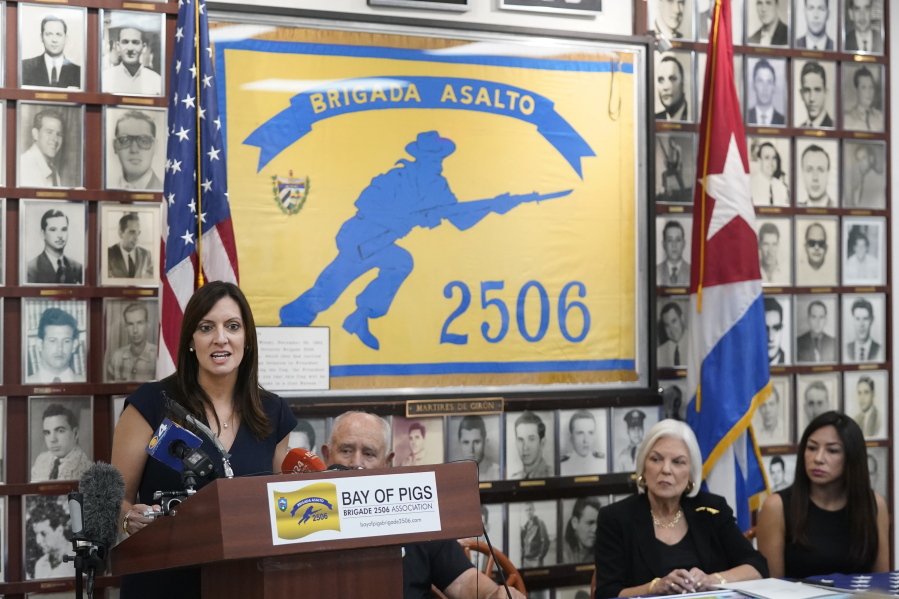 MIAMI — A major effort backed by Democratic fundraisers to buy up Spanish-language radio stations is drawing opposition in Miami, where Cuban exiles describe it as an attempt to stifle conservative voices in markets where Democrats have lost ground.

The Latino Media Network, a startup founded by two political strategists who worked for the presidential campaigns of President Barack Obama and Hillary Clinton, has reached a $60 million deal to acquire 18 AM and FM stations in 10 U.S. cities from from Televisa/Univision. The deal, announced June 3, still needs to be approved by the Federal Communications Commission.

But things are not going well in Miami, where Radio Mambi is popular among hardline Cuban exiles.

“You would have to be deaf and blind not to understand the motivations behind this takeover,” Irina Vilariño, co-owner of a chain of Cuban restaurants in South Florida, said at a press conference organized by a coalition called the Assembly of Cubans. Resistance.

The network has raised a total of $80 million from high-profile investors such as actress Eva Longoria, who is also a Democratic political activist, and former Florida Republican Party Chairman Al Cardenas, now a critic. of former President Donald Trump. The debt in question is funded by Lakestar Finance LLC, a company affiliated with Democratic mega-donor George Soros.

The deal was harshly criticized by Republicans in Florida, from the Cuban-American House delegation to U.S. Senator Marco Rubio and Governor Ron DeSantis. Coalition members said they were exploring legal ways to challenge the takeover.

Democrats pointed to certain broadcasts on Radio Mambi and other Spanish-language radio stations when raising concerns about misinformation, particularly after the Jan. 6 uprising at the U.S. Capitol. Republicans say the charges are being used to distract from Democrats’ poor performance among Hispanic voters in South Florida and Texas in the 2020 election.