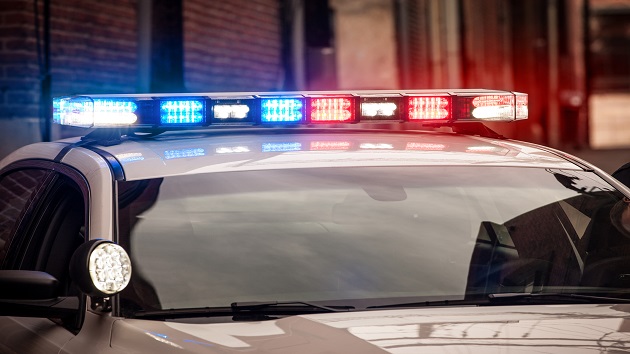 (WASHINGTON) — A federal judge in Washington on Friday ordered a man accused of unlawful possession of a firearm and arrested by police via social media to be jailed pending trial.

Raheem Snider reportedly broadcast a live video from his car in Southeast DC on Instagram where he showed viewers what appeared to be a pistol with an extended magazine.

Prosecutors later said a “machine gun conversion device” was also attached to the gun to make it fully automatic.

The use of social media and the quick nature of the arrest stand in stark contrast to several high-profile shootings recently, where authorities only discovered red flags and criminal indicators online after the fact.

“It’s just one of our investigative tools,” Metropolitan Police Department spokesman Dustin Sternbeck told ABC News. “We certainly encourage everyone in the community to report suspicious or illegal behavior they may witness on social media so that MPD can act on it.”

In arguing for Snider’s remand, prosecutors cited other social media videos they say show Snider’s familiarity with the device, including his mentioning a weapon “switch.” to fire in rap lyrics which they say refers to fully automatic edits.

Snider’s defense attorney, Jose Alejandro German, has raised questions about the prosecution’s use of rap lyrics in their case against his client, noting a history of bias in how artistic expression among minorities is perceived. To that end, Judge Zia Faruqui agreed with the defense that the rap’s lyrics should not be used to imply that Snider is inherently dangerous.

The prosecution conceded and noted that the lyrics are only relevant in determining Snider’s familiarity with the device that turns a semi-automatic firearm into a firearm capable of firing multiple shots with a single shot. pressure on the trigger.

Snider was busy last Thursday morning live-streaming on an Instagram account called “_turkioo,” during which, according to court records, he appeared to be sitting in a car smoking a cannabis joint and at one point he shows the handle of a pistol. The weapon recovered from the scene was a Glock 30 pistol.

“You know where I am, it’s early morning,” he reportedly said before panning the camera to show where he was.

Metropolitan Police Department Crime Squad Officer Morgan Smiley saw the video and knew exactly where Snider was, acknowledging the location to be on the 2700 block of Langston Place, southeast, in Washington, D.C.

Five minutes later, police pulled up to Snider and arrested him and, according to charging documents, found him in possession of a Glock 30 pistol with a 25-round magazine and 18 bullets.

Noting 21 prior arrests that resulted in nine convictions, including gun and drug crimes, prosecutors argued Wednesday that Raheem Snider poses a danger to the DC metro area and should be jailed pending trial .