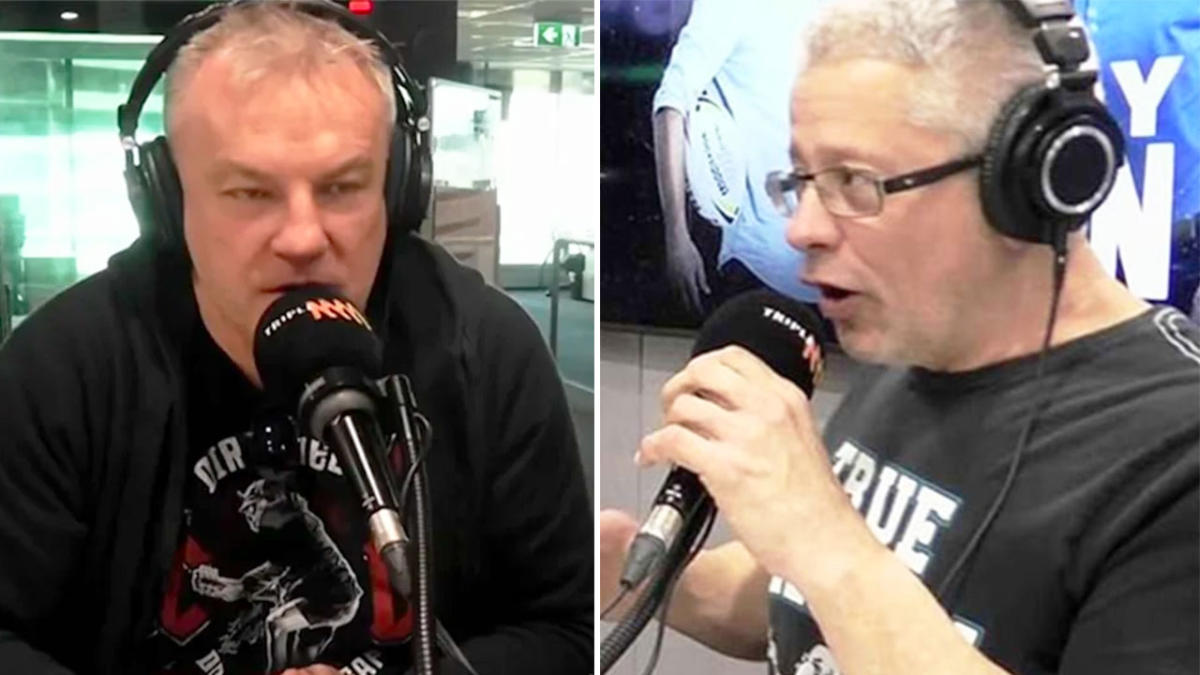 Paul Kent has quit his job at Sydney radio station Triple M after refusing to apologize for an incident which saw his colleague Anthony Maroon stormed off during a recent broadcast.

Maroon, who hosts Triple M’s weekend NRL program in Sydney, left in the middle of the show after being bombarded with questions about allegedly taking cash-side jobs.

Amid much laughter, fellow panelists Kent, Gorden Tallis and James Hooper all took turns taking shots at Maroon, who repeatedly threatened to leak secrets about the trio’s off-air life if they didn’t stop. not to discuss his alleged cash payments. .

After revealing that he had asked his colleagues to stop making jokes at his expense on numerous occasions, Maroon spectacularly walked off the set, leaving Kent to anchor the program.

Maroon insisted his colleagues’ ribs had “gone too far”, with Kent’s exit from the station centering on a “different take” on the controversy.

The station asked Kent to apologize for the incident, but after he refused to do so, he made the decision to cut ties with the station.

“The events of the past few weeks regarding the Sin Bin incident have gone too far and we have called on Paul Kent to apologize. Paul has a different view and based on this has made the decision to part ways. by Triple M.

“We wish Paul the best and thank him for his contribution to Triple M’s coverage of the NRL.

“We look forward to continuing to inform and entertain Triple M listeners for the remainder of this football season and beyond.”

“Triple M has asked me to apologize for the incidents that have occurred over the past few weeks,” Kent said in a statement.

“I’m not ready to do that, I’ve already publicly stated my views on the matter.

“Based on this, I have made the decision to leave my role at Triple M. We are parting on good terms.”

Paul Kent insists the jokes were part of the radio show

Kent wrote an article for NewsCorp earlier in the week explaining that taking pot shots of each other was part of the Triple M radio program he and Maroon worked on together.

The NRL 360 co-host also suggested that Maroon gave it as well as he got it and shouldn’t be portrayed as a helpless victim unable to fight back.

Speaking about his on-air departure ahead of Triple M’s coverage of Canberra’s win over the Bulldogs in the NRL Round 9, Maroon thanked his supporters after insisting his colleagues’ beards “were fine.” too far”.

“If we have to mention it, I was a bit upset. An incident happened here last weekend,” Maroon said.

“Obviously I thought it had gone too far, so I left the studio.

“I just want to say thank you so much for the support of all the listeners who bothered to stop me on the street and wish me all the best.

“I was at a reception today with the boys and received a similar welcome which was absolutely wonderful.

“Not only that, I don’t need to say it, but the management of Triple M watched over me every day and made sure I had what I needed to get through these times, which is probably why I spent most of my career here, and I’m very grateful to them.

Click here to sign up to our newsletter for all the latest stories from Australia and around the world.