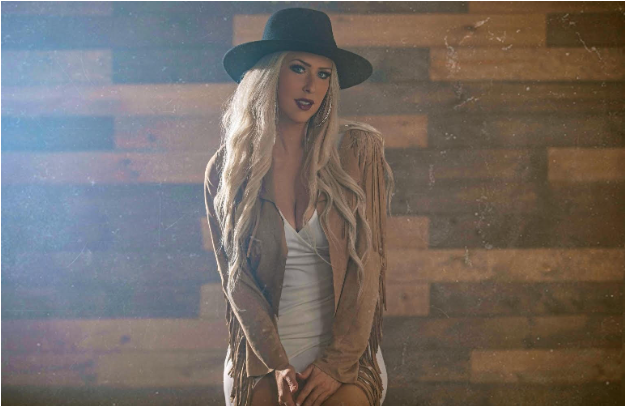 NC1 Founder and CEO Nick Caster is ready for the world to hear about his new discovery in country music – Alexis Taylor. While personally supporting the budding musical career of the up-and-coming singer-songwriter, Nick believes that what he found in Alexis Taylor must be seen and heard firsthand by country music fans everywhere. Alexis was born and raised in the small town of Huntsville, Ontario. She is a singer-songwriter with a passion for all things country music, and with the support of Elite Entertainment International, she has finally gained a foothold in the burgeoning music industry.

Alexis Taylor was born into a very musical family. Both of his parents are songwriters who instilled in him a passion for music from an early age. Growing up, Alexis showed great love and passion for songwriting and acoustic guitar. Music is undeniably part of the rising artist since it has always been in his blood. After taking his very first trip to Nashville, Tennessee, the budding artist decided to move to Music City.

Since then, Alexis Taylor has built a top music career with the help of NC1 and its ever-supportive CEO, Nick Caster. The talented young musician has high hopes for 2022 as she released a brand new single titled “Long Way From Home”. The song is a moving account of her journey as a musician and all the obstacles she had to overcome to get to where she is today.

“When I was writing ‘Long Way From Home’, I had one of those days when I felt like throwing in the towel on my music career and giving up. But how do you give up something you feel called to do? I really wanted to capture that feeling in the lyrics and melody of the song. So I started writing and poured my heart out on paper, and the song seemed to write itself.” , shared Alexis Taylor.

“At the end of the day, I know music is what I was born to do, and even though I’m going through days of uncertainty, I was able to create this song to remind myself of how far I’ve come,” she said. added.

Alexis Taylor has expressed immense gratitude to everyone who has supported her over the years, especially her fans. Her next project is still in the process of having a finalized release date, but she is teasing fans that her next single will be a slow ballad titled “Rock Bottom.”

“Rock Bottom” is a country pop song she wrote during the global COVID-19 pandemic. The song is about the struggles of mental health issues and how to deal with them.

“I wrote ‘Rock Bottom’ during a really difficult time when there were so many unknowns about the world, the future of music and everything. So the fact that something so beautiful came out of such an ordeal is pretty incredible to me, and I couldn’t be prouder of the song,” shared the talented musician.

Besides her songwriting prowess, the thriving musician finds time to do all the things she’s passionate about, like spinning records and giving back to the community. Alexis Taylor currently tours on Country Radio and XM Radio across Canada. She also participates in international missions with children.

In the near future, Alexis Taylor envisions herself performing at major venues and selling out crowds all over the world. She also hopes to continue doing more missionary work whenever called upon.