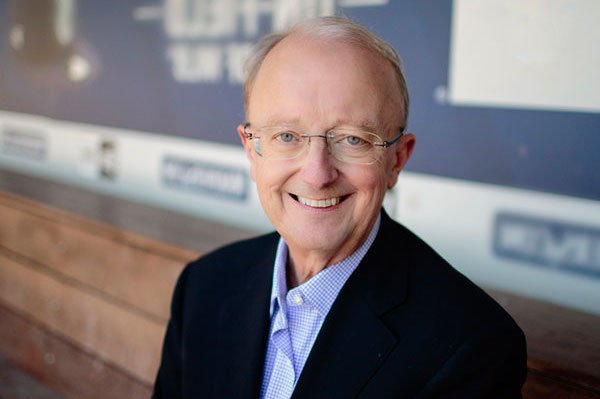 Last week in sports media was basically Joe Buck week and, really, what a seven days it has been.

Last weekend, the news of Buck leaving Fox for ESPN and Monday night football fall. On Wednesday, ESPN officially announced Buck and Troy Aikman as its new FMN broadcast team. Hours later, Buck was eliminated and revealed on The Masked Singerwhich turned out to be a bizarre farewell to his tenure at Fox.

In another example of timing so perfect it almost seems orchestrated, Buck’s weekly podcast with Oliver Hudson, Father issuesreleased its regular Thursday episode and the broadcaster was ready to talk about the whirlwind events of the past week and the absurdity of how events unfolded.

Buck revealed he will start at ESPN on May 1, which, as he said, means he is technically out of work for the next seven weeks.

“After 27 years at Fox, my farewell to the air, to the network, this is me singing dressed as a ram,” Buck said. “As a masked singer, as a larger-than-life Roman soldier.

According to Buck, his wife, ESPN reporter Michelle Beisner, “got in a little trouble” revealing the move to ESPN on Instagram before any official announcement was made and some people who probably needed to be told were told. (Although the New York Postby Andrew Marchand may have announced the news first.)

Buck then recounted the machinations involved in getting out of the final year of his Fox contract to sign with ESPN. Much of this has already been reported, but it’s always interesting to hear Buck’s perspective on it and his gratitude to network executives for letting him out of contract for a “quality move.” of life” that would really benefit his family.

“So Fox had to be really…for lack of a better word, kind and let me off the hook because that bus was coming once. And if I don’t get started, I might never get started.

Buck went on to explain that the original plan was for Aikman to do at least half a season with him at Fox, as he also called Thursday night football on Amazon, followed by the playoffs and the Super Bowl. But those negotiations fell through, giving ESPN the chance to rush in and sign him.

Then ESPN asked Aikman if he thought Buck might be willing to go with him, and that began the sequence of events leading to one of the biggest moves sports media has seen in recent memory, altering NFL broadcast coverage for two networks. Buck met with Fox Sports CEO Eric Shanks and President of Production Brad Zager and settled the situation to everyone’s satisfaction.

The entire podcast is worth listening to, which includes Buck hinting that he knows what Fox will do to replace him. And it pretty strongly indicates that the network will do the internal legwork to move Kevin Burkhardt to the NFL’s No. 1 play-by-play position and Joe Davis to lead the voice of MLB and World Series broadcasts.

Father issues is available on the show website, iHeartRadioand podcast app of your choice, including Apple podcast and Spotify.