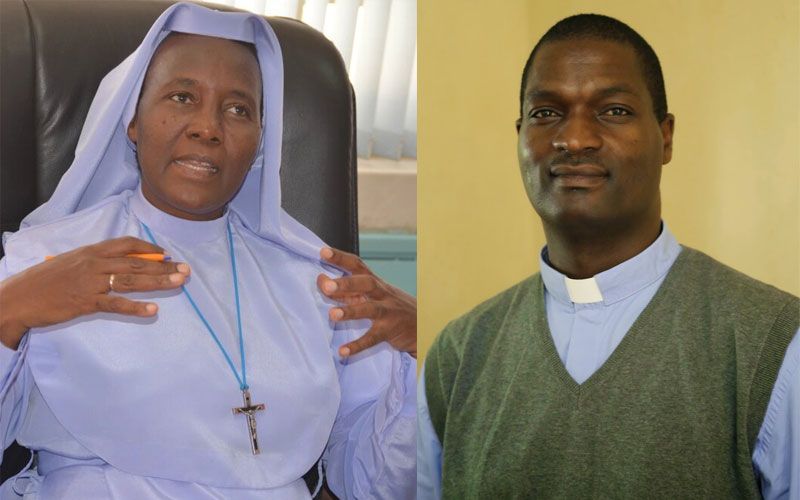 In a separate interview with ACI Africa a few days after her appointment was made public, Sr. Ndilu identified the limited media infrastructure attributed to financial limitations as a major factor hindering the effective engagement of digital media in the evangelism process in Africa.

“The continent has great potential for evangelization through broadcast media but lacks real equipment, real machines, real instruments for real work,” she said during the Thursday, October 6 interview.

She said she was optimistic that her appointment to the Dicastery for Communication could help bring this gap of the limited media infrastructure into a broader context.

Sr. Ndilu said in reference to the challenge of limited media infrastructure in African countries, “I hope one day it will be a thing of the past. Who knows, my nomination could be a blessing for some of these struggling media houses! »

The member of the Congregation of the Sisters of the Immaculate Heart of Mary, who has served as National Executive Secretary of the KCCB Commission for Social Communications since February 2020, described her appointment as “the work of God”. She said the Church is “now considering women to fill certain positions that were originally held by men.”

At ACI Africa, our team is committed to reporting the truth with courage, integrity and faithfulness to our faith. We provide news from Africa, seen through the teachings of the Catholic Church – so you can grow in your Catholic faith.

When you subscribe to ACI Africa updates, we will send you a daily email with links to the news you need.

Use the form below to stay informed and to let us know where we can send updates from ACI Africa!

As part of this free service, you may receive occasional offers from us on EWTN News and EWTN. We will not rent or sell your information and you can unsubscribe at any time.

“I believe that we are capable and capable of taking on the great responsibilities entrusted to us. Catholic nuns in Africa do humble tasks in a powerful way and powerful tasks in a humble way,” the Kenyan Catholic nun said.

She added: “Mine is a huge task, entrusted to a little nun and I hope that somehow I can be of use to one or two people”.

“It is by the grace of God that the Holy Father has considered me worthy of being among the highly qualified members of Holy Mother Church”, Sr. Ndilu who in July of this year was appointed member of the board of directors of the African region of the World Catholic Association for CommunicationSIGNIS Africa, told ACI Africa during the October 6 interview.

She recalled the circumstances in which she received news of her appointment through congratulatory messages from her colleagues, saying, “I couldn’t believe what I was seeing; I thought I was dreaming; I could only say, thank you Jesus; it must be you.

“My appointment is also an honor for the Church in Africa, especially in the area of ​​communication,” Sr. Ndilu said, adding that what her specific role entails will be discussed at their first meeting scheduled for November this year. .

The appointment of Fr. Kaufa and Sr. Ndilu brings the total number of Consultors of the Dicastery for Communication to 22.

Among the 22 Consultors is the President of the Pan-African Episcopal Committee for Social Communication (CEPACS), Mgr. Emmanuel Adetoyese Badejo of the Catholic Diocese of Oyo in Nigeria. His appointment was made public on December 3, 2021 by the Holy See Press Office.

EWTN Global Catholic Network Chairman and Managing Director, Michael P. Warsaw, is also one of the 22 Consultors of the Dicastery for Communication.

Silas Mwale Isenjia is a Kenyan journalist with great zeal and interest in communication related to the Catholic Church. He holds a BA in Linguistics, Media and Communication from Moi University in Kenya. Silas has extensive experience in the media production industry. He is currently working as a journalist for ACI Africa.