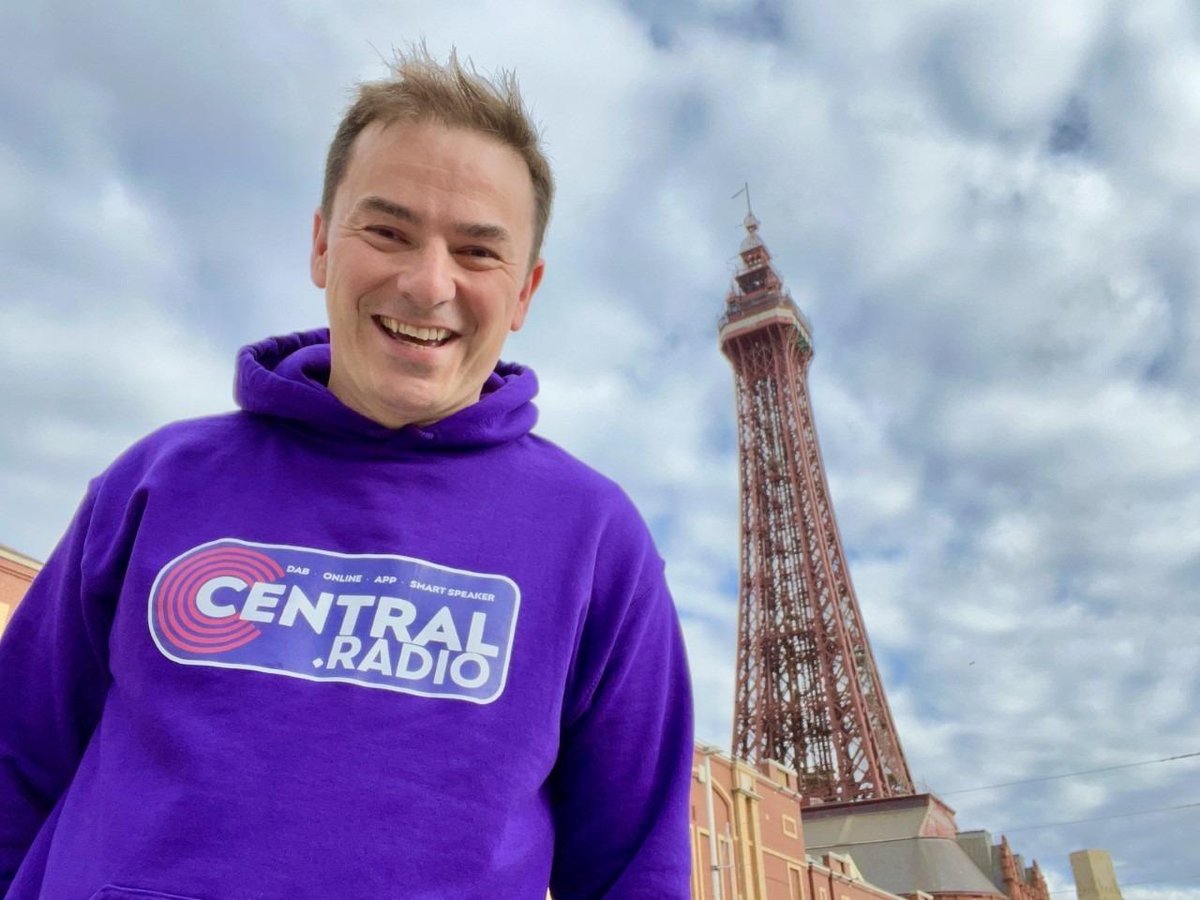 Central Radio will launch on DAB+ in September and will feature a variety of music from the 70s to the present, as well as a wide range of local news, sports and news.

The station will be available as part of the rollout of Blackpool’s new DAB multiplex next month. Listeners will need to rescan their devices to find Central, as well as other stations not currently available.

Danny Matthews, multi-award winning British commercial radio presenter, will host the station’s flagship breakfast show on weekdays between 6am and 10am.

Danny has over 30 years of commercial radio experience under his belt, beginning with a stint at Piccadilly Radio (Key 103) in the late 1980s. He has worked at stations across the North West, including including spells at Rock FM, Magic, Real Radio and Capital Gold, plus a decade as host of the hugely popular ‘The Bay Breakfast’ in Lancaster, which later became Heart Breakfast after rebranding by the owners , Overall.

Over the past few years Danny has specialized in the live entertainment circuit, working on many high end events as a stage host and emcee.

Joining Danny on the program is Martin Emery, who joins the lineup initially for the mid-morning weekend. He was a popular presenter on a range of stations across the North West for over 30 years, including a hugely successful four-year stint on the breakfast show on Bolton and Bury’s Tower FM, a spell on Drive on Warrington’s Wire FM, as shown on former Wish FM, Imagine FM, The Bay and Radio Wave.

Danny Matthews and Martin Emery in the Central Radio studio

Dom Molloy will host Drivetime – he previously hosted the evening show at The Revolution, as well as front shows at Warrington and Chorley stations.

Former breakfast host on The Bay, Lyndsey Kerr, will present Weekend Breakfast, with Nathan Hill hosting the mid-morning slot on weekdays, Steve James on weekends at noon and James MacDonald driving on weekends.

Station manager Nathan Hill said, “These are exciting times for broadcasting in our city. Research has proven that listeners and businesses love to ‘support the local’, and we hope that Central Radio will become the new ‘local’ radio station that will be the first choice for good music and local news for our listeners in Blackpool. , Wyre and Fylde. .”

“We spent a lot of time researching what our audience wants and it’s simple; great music and truly local programming from our region.

“I was born and raised in Blackpool, and I’m passionate about the area. When we lost our local radio service with the takeover and nationalization of our only commercial station in 2020, it left a hole in local broadcasting that was never filled.”

Central Radio will broadcast on DAB+ to a local audience of around 260,000 in Blackpool and surrounding areas, and will also broadcast via a dedicated app, online and via connected home devices and smart speakers. Listeners can learn more about the new station at www.central.radio.