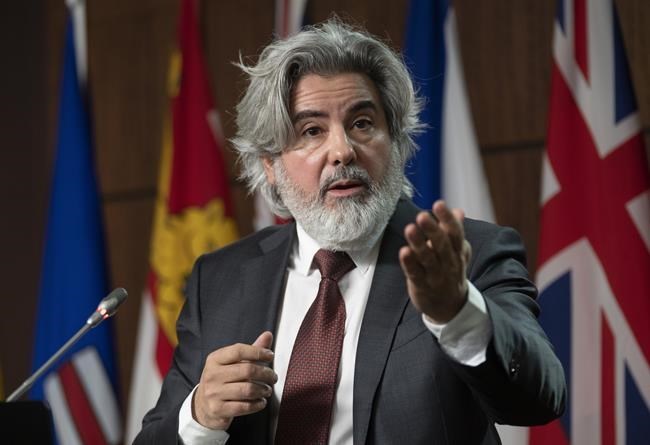 OTTAWA — The digital giants will have six months to negotiate private agreements to compensate Canadian media for the reuse of their news content or a federal regulator will do it for them, if a new bill introduced Tuesday in Ottawa becomes law.

OTTAWA — The digital giants will have six months to negotiate private agreements to compensate Canadian media for the reuse of their news content or a federal regulator will do it for them, if a new bill introduced Tuesday in Ottawa becomes law.

“Right now, the health and future of the news industry – especially local news – is in jeopardy,” Heritage Minister Pablo Rodriguez said at a Tuesday news conference in Ottawa after introduced the bill.

“We want to ensure that news media and journalists are fairly compensated for their work. Now more than ever, Canadians need reliable and credible information, especially in a time of heightened mistrust and misinformation.

The bill, designed to support Canada’s independent media, is inspired by an Australian law requiring tech companies such as Google and Meta, which own Facebook and Instagram, to pay for news content on their platforms.

The law will establish a process for digital platforms to privately negotiate deals with newspapers, magazines and digital newsgroups, as well as with broadcasters who publish information online.

News outlets large and small will be able to join forces to bargain collectively with digital giants for compensation.

If they don’t reach an agreement within six months, the tech platforms will be forced into media arbitration, Rodriguez said. However, he said it would be “a last resort”.

Three arbitrators, deemed acceptable in advance by news platforms and the industry, will force the parties to reach an agreement.

Digital platforms that fail to comply with the new law could face penalties of up to $15 million a day, according to a briefing from senior federal government officials that was provided to media on the condition that they are not not named.

Rodriguez said “the reality is grim” in Canada’s news industry, with 451 news outlets having closed since 2008.

At least a third of Canadian journalism jobs have disappeared since 2010.

“With this bill, we seek to remedy this imbalance in the market. We want to ensure that journalists receive fair compensation for their work.

He said an agreement to support journalism in Canada was important not just to support strong, independent reporting, but to counter the rise of fake news and misinformation on the internet.

He said he had consulted digital platforms and wanted to introduce a “transparent” process. The government would play an “independent” role, allowing tech giants to negotiate private deals with the media.

The bill will ensure that part of the compensation will be used to support the production of local, regional and national news. including newspapers, magazines, digital news organizations and broadcasters that produce original news on websites.

The online news bill, known as Bill C-18 in Parliament, will appoint the Canadian Radio-television and Telecommunications Commission (CRTC) as the regulator.

The CRTC will monitor the non-compliance of digital platforms and ensure that the independence of the media is not undermined by the agreements.

Digital platforms will not be able to give preferential treatment to media with which they have voluntary agreements, senior government officials have said.

Newspapers, magazines, digital news agencies and broadcasters that produce original news on websites, employ two or more journalists and operate in Canada, will be able to participate in the scheme.

They must be officially designated as a qualified Canadian journalism organization to participate.

This report from The Canadian Press was first published on April 5, 2022.