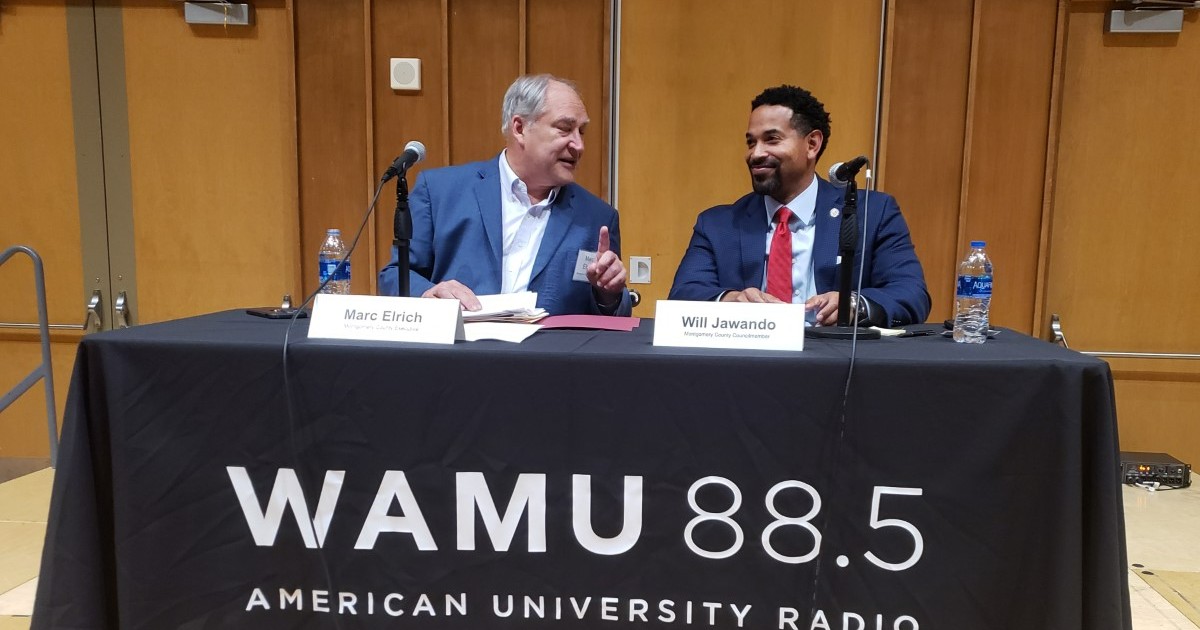 County Executive Marc Elrich will ask the council to introduce rent controls and other measures to try to make housing here more affordable. He made the statement during a WAMU radio event at the Silver Spring Civic Building on Tuesday evening.

The agenda centered on affordable housing, Thrive 2050 — the proposed framework for the county’s future development — rising rents and whether people of color were being pushed out of the county due to high home prices.

“I could never afford a house here in Montgomery County. … It is shameful that the largest county in the wealthiest state in the nation cannot allow its educators to live in the community they serve,” said Zully Pineda of Takoma Park.

The radio show, which will air on Friday afternoon, came amid an ongoing crisis within the county’s planning department. Its president, Casey Anderson, was removed as a panelist on the day of the show, after he admitted he had a bar and was drinking with colleagues in his county office. On Wednesday, all five members of the planning board tendered their resignations after the county council said it had lost faith in them.

Elrich said he would prefer Thrive 2050 to be postponed and more community contributions included.

“Obviously house prices are pretty much exploding,” Elrich said. His suggestions for making the county more affordable include stabilizing rents, forcing developers to build on their land now rather than waiting for a better market, and ensuring no net decrease in affordable housing due to new construction.

Jawando replied, “I think Thrive will give us the tools in the toolbox” to create fair and affordable housing. He called on the county to enact rate stabilization and down payment financing programs for homeowners.

About 36% of county residents are renters.

Matt Losak, Executive Director of Renters Alliance, told panelists: “I define affordable housing as being able to afford your own home – as simple as that.”

Part of the Montgomery for All team is sitting here together for the Kojo in the Community housing crisis event! Excited for the conversation. pic.twitter.com/fI762mMpYE