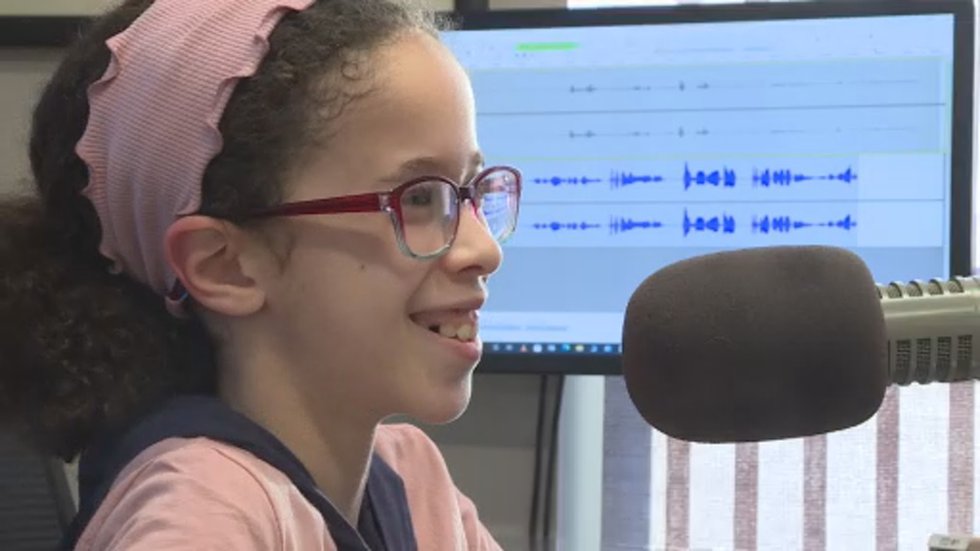 MONONA, Wis. (WMTV) – Beatrix Pauli has a different hobby than most of her friends. The 12-year-old spends her free time working on her radio show, Bea’s Buzz.

She first contacted the staff of 98.7 WVMO to see how she could get involved in the media.

Will Nimmow, the director of community media, says she came over one day and practiced reading a few lines.

“She hit it off straight away,” Nimmow said. “She was comfortable and she was friendly.”

From there, they invited Bea to read the occasional public service announcement that aired on air.

“We just knew she was natural,” he said. “She comes when she wants.

Soon, WVMO asked Bea if she would be interested in hosting her own show.

“At first we thought they were joking and they were like, ‘No, we’re serious.'” Pauli recalled.

Since last April, Bea has hosted 14 episodes of Bea’s Buzz and has interviewed a number of guests, including National Geographic’s Dr. Rae Wynn-Grant and NBC’s The Voice’s Raine Stern.

“I’m a people person, so I like interviewing people and being interviewed,” Pauli said. “I think I learned a lot from that.”

Nimmow says Pauli took the opportunity and ran with it.

“It’s very inspiring to see someone so young understand and appreciate the resources she has and can use,” Nimmow said.

Pauli says she is considering a career in broadcast journalism.

“I thought about it, but I haven’t really decided if that’s what I want to do when I grow up,” Pauli said. “It’s really fun to get out into the community and meet new people.”