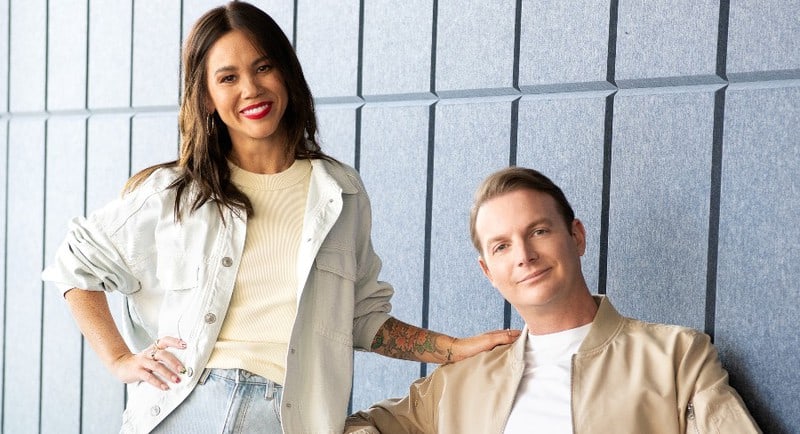 Mike E and Emma have joined LiSTNR and and on DAB+ with a new breakfast radio show on RnB radio station FRIDAYS.

While the show’s title suggests it’s Friday only, it’s actually a daily show Monday through Friday from 7-10 a.m. and will begin on Monday, February 28.

The duo, Mike Etheridge and Emma Chowwill entertain audiences with their honest, no-holds-barred show every weekday with the hottest Hip-Hop and RnB music that their fans love.

RnB FRIDAYS, made famous on the Hit Network that evolved into unforgettable national stadium tours that brought some of the world’s biggest RnB artists to Australia, is now its own 24/7 channel on LiSTNR and DAB+ with a live national weekday breakfast broadcast.

Ahead of their new debut, the duo said, “We are thrilled to join the LiSTNR family to host a live breakfast show on RnB FRIDAYS Radio! We love the fun, feel and passion for music that this music genre presents.

“We look forward to waking up to our listeners every day and bringing back the show they love, with the music they can’t hear anywhere else, all day, every day.

“It’s a big task to launch a national breakfast show on LiSTNR, but we’re excited to be part of this new era in the future of broadcasting. We know our existing loyal listeners will love it, and we look forward to reaching even more listeners across Australia.

SCA Content Manager, David Cameronsaid: “LiSTNR continues to drive the pace of digital audio in Australia as not only the country’s largest audio content creator for on-demand and broadcast content, but also innovative exclusive live programming in the sports, news and entertainment.

“To continue to lead this innovation, we are extremely pleased to launch the Mike E and Emma national live breakfast show exclusive to our new channel RNB Fridays Radio on LiSTNR and DAB+.

“Mike E and Emma have had large national followings over their many years of broadcasting together, and we know their passionate and loyal listeners, particularly in the Sydney market, have been demanding their return.

Last year, Mike E and Emma left The Edge’s breakfast show after 11 years on the air.

VOZ shows that more than 80% of men aged 18-24 can be reached within a month on Total TV – via BVOD, live streaming and TV broadcasting.
Click for more