Michael O. Driscoll to step down as CFO of Connoisseur Media 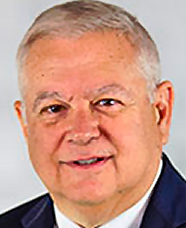 Michael O. Driscoll to step down as CFO of Connoisseur Media

Driscoll has been with Connoisseur and Warshaw since he was hired as CFO of Connoisseur Communications in 1996. He has managed finance, acquisitions, human resources and operational issues and has worked hand-in-hand with Warshaw to building the current business over the past 17 years. year. He remains at Connoisseur as Executive Vice President, but will step down from his day-to-day management role.

Warshaw said: “Mike and I have worked together for a long time. Over the years of working with him, we have had different opinions at times, but never harsh words or arguments. I am happy in this new role that he will have the opportunity to take on a little more time to travel and the things he wanted to do, but I look forward to continuing to work together. He will always be my partner. ”

Driscoll commented: “I really appreciated the help given in starting a business and I focused on building teams, working on processes and getting trains running on time. every day, and I have enjoyed working alongside Jeff for that quarter of a century. I will miss being involved in every decision and having daily contact with the friends and great colleagues we have in our operations as well as here at Headquarters. ”

He added, “I’m happy to still be a part of the company, and also to invest in it, and I want to see things change. This is only part of a plan that Jeff and I have had for a few years, and I have no doubts that our business will reach new heights as Jeff works with Olly Price as the new CFO. ”

Price joined Connoisseur in 2012 and most recently was Vice President of Finance and Accounting. He has worked with Warshaw and Driscoll for over nine years and is responsible for the financial planning, budgeting and accounting functions. In recent years, he has shifted more directly to finance operations and has also worked more on acquisitions. He will now also take on additional duties and direct reports as CFO. Price will report directly to Warshaw.

Price was previously at Liberty Global, where he was Director, Mergers and Acquisitions before joining Connoisseur. He worked for Liberty Global for six years in London in increasingly senior positions. Prior to that, Price worked for KPMG in audit in the information, communication and entertainment department. At KPMG, Price trained as a chartered accountant and is registered in the UK. Price graduated from the University of Bristol in the UK where he obtained a BSc and studied economics.