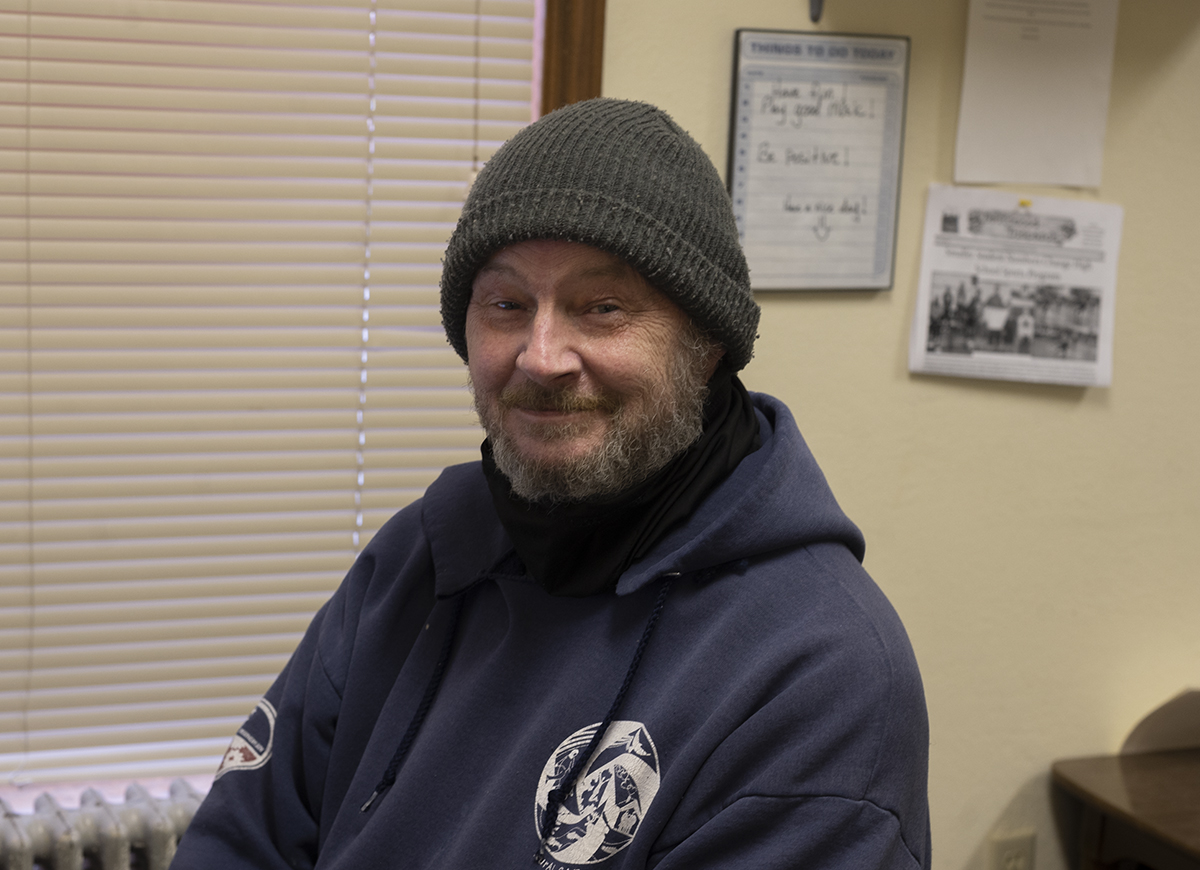 If you turn on your radio in Yakutat, Alaska, there’s a 50% chance you’re listening to KYKT. The local radio station plays an eclectic mix of music, perfect for navigating the winding roads of the coastal village. But unlike most community stations, KYKT doesn’t have a lot of staff and volunteers spinning records. It is run by one man: Lee Benson.

I meet Benson at the police station – a single room at the back of the magistrate’s office. I follow the sound of music down a narrow hallway to find Benson at an aging desktop computer – the room is sparsely decorated except for a painting of a moose and an elaborate doodle about how the station works radio. It doesn’t sound like much, but this local station has been invaluable to the community.

“It’s a great tool for getting messages across,” Benson says. “Not everyone has this Facebook and these social networks. So it reaches an audience that is not really computer users.

Benson says that during the coronavirus pandemic, the radio station became even more necessary — town assembly meetings were happening without an audience, and he was broadcasting them for the community.

“Even the local basketball games that we will broadcast, because there are people who cannot go out. It’s a resource they have,” he says.

When Benson came to Yakutat 15 years ago, he knew nothing about radio. He had come to work for the Forest Service, the same job he has today. It was during a trip to Hoonah that the idea of ​​a local radio crossed his mind.

“I actually credited it to a guy named Rich Jennings. He worked for the Forest Service in Hoonah. And he was kind of a music-loving radiophile,” he says.

Jennings had set up a station in tandem with Hoonah’s school, incorporating it into the curriculum. Benson liked the idea and brought it back to the Yakutat Healthy Community Coalition, a 12-member panel representing most of the community organizations that funded it through the federal grant program. The license was obtained through the Yakutat Tlingit tribe, who hired a radio engineer to install the equipment. The process took a few years, but in the fall of 2014, KYKT went live.

“I never really intended to be part of operations,” Benson says. “I thought that was a great idea.”

But when it came time for the radio engineer to leave, he had to show someone how to operate the station. The program director was out of town, so Benson stepped in temporarily. Today, some 8 years later, he is KYKT’s only manager, DJ and engineer.

“I said, ‘Okay…show me and I’ll show it to the program manager.’ And that’s how it started,” he recalls.

Although Benson never expected to be so involved with the station, he always had high hopes for what she could bring to Yakutat.

“Originally, we planned to work with the school,” he says. “But unfortunately there has been a change in management at the school. They decided they couldn’t afford to be involved.

While the station has the capacity for a wide range of production, the majority of its production is automated or pre-recorded. Benson says KYKT has the potential to do so much more.

“We can do anything a regular radio station does,” he says

“I can’t really speak for the community, but I myself hope that at some point we will get other people involved and the school will be involved. So that would be my hope and to keep making it work,” he says. “I was really amazed at how many people will see me in the store and be like, ‘Hey, I really like the station!’ So people are listening.

Yet after eight years of being the man behind the mic, he’s ready for someone else to take the reins.

“It was really interesting and I enjoyed it, but it wasn’t really something I intended to do and, and I’m looking forward to… getting other people involved.”

For now, KYKT will continue to broadcast music and occasional sports updates, but in the future, Benson hopes Yakutat can elevate this one-room radio station to its full potential.

Editor’s note: Raven Radio has partnered with KYKT on various projects, including the “Community Counts Initiative” for which KCAW received a grant.