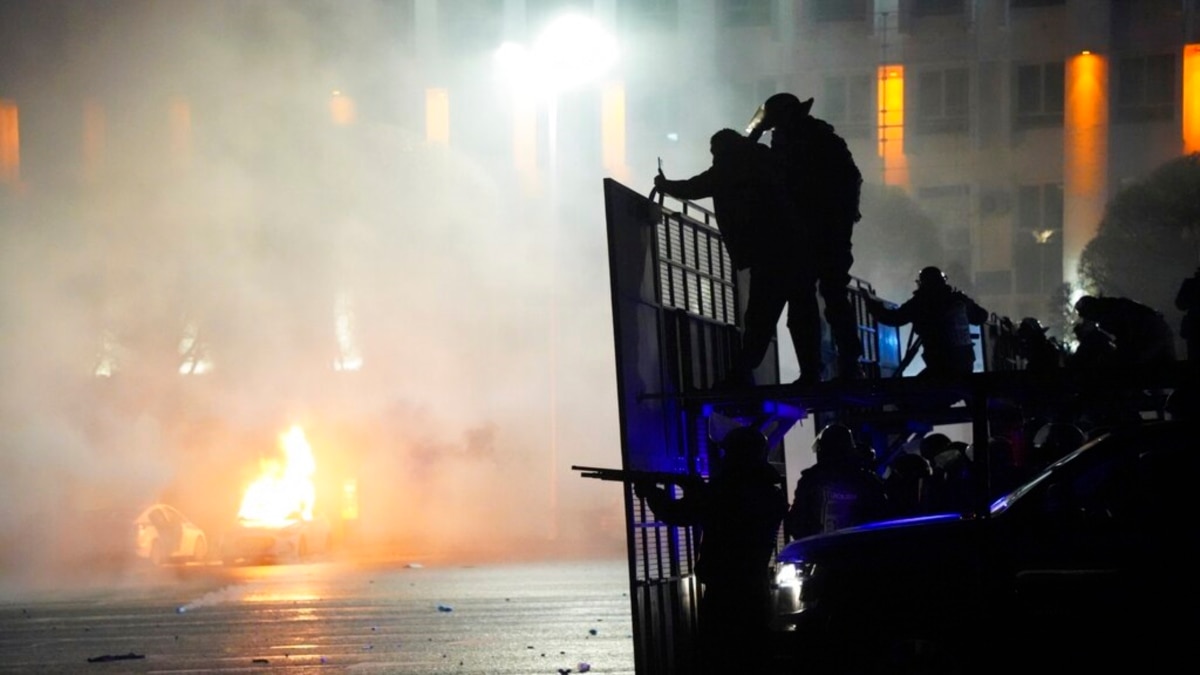 During violence and protests in Kazakhstan this week, a media worker was killed and a video journalist was injured when their vehicle was attacked.

Muratkhan Bazarbayev, who worked for Almaty TV as a driver, died on Wednesday when the station’s vehicle was shot down during clashes in the city of Almaty. A station cameraman was hospitalized in the same attack, according to media and media rights groups.

The news team was covering protests that began at the end of last week in response to rising fuel prices and which have turned into mass unrest and violence in the capital and other towns.

Dozens of protesters died after security forces opened fire. Journalists have also been arrested or injured while covering the unrest.

the Vienna-based International Press Institute (IPI) called on the authorities to examine the circumstances of Bazarbayev’s death and warned of the risks for media professionals.

“Journalists across Kazakhstan are currently working under extremely difficult conditions while documenting the unrest, from indiscriminate attacks on protesters to detentions and brutality by the security services,” said IPI advocacy officer Jamie Wiseman , in a press release.

“It is vital that the safety of all journalists and media workers is guaranteed and that press freedom is fully respected in the aftermath of the unrest,” Wiseman added.

Reporters Without Borders media observatory (RSF) said journalists, including those clearly identified as journalists, have been arrested. One of them, Uralskaya Nedelya’s editor-in-chief, Lukpan Akhmedyarov, was questioned for several hours about alleged “extremist activity”. Others were injured by rubber bullets and stun grenades.

Two journalists from Radio Free Europe / Radio Liberty (RFE / RL) were also detained. RFE / RL and VOA are both independent networks reporting to the US Agency for Global Media.

Access to news sites such as RFE / RL, Orda.kz and KazTag was blocked, along with some messaging platforms, and the internet was suspended across the country on Thursday, RSF said. The Internet was briefly restored that day for a televised address by President Kassym-Jomart Tokayev.

The Kazakh authorities condemned the violence and the demonstrations, Tokayev accusing the “bandits” and calling the unrest a “terrorist attack”.

On Friday, in a separate national televised address, Tokayev issued a shoot-to-kill order, saying: “Terrorists continue to damage public and private property and use weapons against civilians.”

RFE / RL chief Jamie Fly said that in this unstable time, Kazakhstan should allow journalists to “report the facts as they unfold.”

“Reports of gunfire and other acts of violence against those reporting on these protests are deeply worrying, as are attempts to limit the flow of information within and outside the country. outside the country, by targeting the internet and social media and blocking media websites, including that of our Kazakh service, ”Fly said in a statement.

Following elections in 2019, Kazakhstan appeared to open up to allow greater freedom of expression, although the state has sought to control the internet and block access to some news sites and platforms. social media, according to RSF data. The country ranks 155 out of 180 countries where 1 is the freest on the watchdog’s press freedom index.