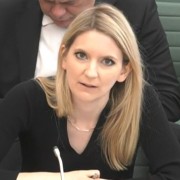 Media Minister Julia Lopez has pledged to take the BBC on board with its plan to create 131 new local news jobs while cutting 179 other positions.

Ms Lopez says she will have an ‘open and honest discussion’ with BBC Director General Tim Davie when she meets him next week. after hearing concerns about the plan MPs from across the political spectrum.

The company announced on Monday it is building 11 investigative reporting teams across the country while increasing its daily online news supply for 43 local areas and launching dedicated websites covering Bradford, Wolverhampton, Sunderland and Peterborough.

The program is part of a series of changes that will see 179 other roles cut due to the introduction of increased program sharing on its network of 39 local radio stations in England, as well as the documentary series We are England coming to an end. .

Responding to an urgent question about the proposals from Emma Hardy, Labor MP for Kingston upon Hull West and Hessle, Ms Lopez told the House of Commons: ‘Changes in viewing patterns mean the BBC needs to look at its services and details of new investments in local investigative journalism are welcome. But overall, we have concerns about the proposals, of which we have not been notified.

“I want to take this opportunity to emphasize that the BBC is rightly operationally and editorially independent of the government, and that decisions on service delivery ultimately rest with them. However, the government is disappointed that the BBC is planning to make such significant cuts to its local radio output.

“We are waiting to hear more from the BBC about how it expects these changes to affect local communities, particularly in relation to local news provision and media plurality.

“We recognize that in the current political context, the BBC, like other organisations, is faced with difficult financial decisions, but we are also concerned that the BBC is making such far-reaching decisions, in particular regarding its provision of local news, without giving further details on how it will impact its audience and the communities it serves.

According to plans, the BBC’s 39 stations will continue with their own dedicated local programming from 6 a.m. to 2 p.m. on weekdays, but this will be reduced to 18 programs shared between 2 p.m. and 6 p.m.

From 6 p.m. to 10 p.m. there will be 10 programs shared between the stations, broadly reflecting the areas served by the BBC’s television news regions – a pattern which will also be replicated all day on Saturday and Sunday mornings.

A national ‘all England’ program will also launch after 10pm all week and on Sunday afternoons and evenings.

However, the BBC has confirmed that local newscast services will be protected throughout the day on all local stations and that all live sports broadcasts will continue.

Other MPs who took part in the debate in the House of Commons also raised concerns about the plans.

Derek Twigg, Labor MP for Halton, said the BBC should ‘focus on investing in and improving local content from radio stations, while the Tory MP for Winchester described the planned cuts as a ‘decimation’ local BBC radio services.

And the former Culture Secretary Mr. John WhittingdaleConservative MP for Maldon, said: “Online information is already well supplied by local media, which are under considerable pressure even without greater competition from the BBC.”

Labour’s shadow media minister Stephanie Peacock said the planned cut to local radio services came after the BBC was “unsettled” by the government’s threat to scrap the license fee.

She said: “The consequences of this instability are manifesting now. Journalists in the field, doing their job, had to find out from the media that their jobs were in danger of being laid off.

In response, Ms Lopez said: ‘We recognize that the BBC is under pressure, like many other media organisations, which is why we have a series of reforms which we hope to implement in the Media Bill for the help with some of those pressures.

“However, I say to the honorable lady that the BBC has an annual income of £3.8 billion from license fees, and they have that income guaranteed for the next five years. Any media organization would be grateful to have such stability in their funding regulations. I don’t see that as destabilizing.