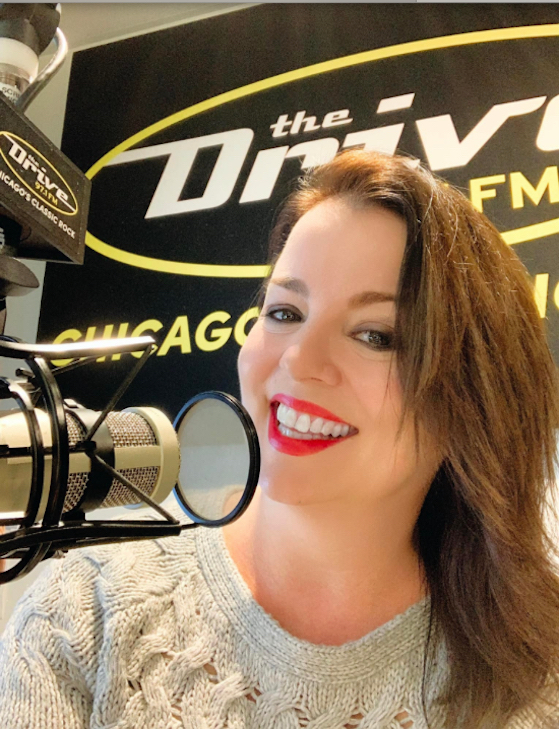 The Janda Way of the Drive

Janda LaneHer journey to become an afternoon co-host at The Drive (WDRV-Chicago) took her from North Carolina (her home state) to Charleston, SC, Seattle and across Los Angeles since the radio bug bit her in high school.

And Janda honed her rock and roll credentials along the way. For example, his experience in Seattle was one for the ages.

“I was working at Sub Pop Records, in addition to the radio station,” she explains. “Jonathan Poneman, who founded Sub Pop Records (Nirvana’s original label), was moving the company to a different building. Upstairs in the original building was the tiny office that Poneman and Bruce Pavitt, his partner, shared. It was their first office. On the wall, kurt cobain wrote down his name (Kurt was spelled Kurdt) and his address in Olympia, Washington. They’ve kept that on the wall since he scribbled it there all those years ago. So when they moved to a new building, Poneman asked me to help him pull it off the wall to take it away. We went up there, and he took an Exacto knife, and we cut around and removed the plaster from the wall, and he framed it. For some reason he asked me to help him, and all day I thought, what a piece of music history. It was a moment I couldn’t have asked for. You never know what’s going to happen in the world of rock and roll.

There were also some pretty heady experiences in Los Angeles.

“In 1999, I received a call from Mark Goodman, the former MTV VJ, and he was setting up a new internet project in LA called Soundbreak.com, and he wanted me to come down to LA and do the lunch slot, so I did. It was a great experience. It was a filmed radio station, but it was in the early days of broadband, so the audience was limited. But we knew we were pioneers. We were proud to be Soundbreakers.

This project led to other memorable opportunities for Janda.

“I ended up working for John Silva, who was the manager of Foo Fighters, Beck, the Beastie Boys (at the time) and Sonic Youth. He was Nirvana’s manager. I worked for him for three years while I [also] worked at the flagship NPR station in Los Angeles. I did a show called Broadband. It was something I had never experienced. It was wide open and unformatted. You have chosen your records and you have listened to them. This is how KCRW still operates today. It’s an amazing resort.

But before coming to Chicago, her radio career also took a little detour into the world of video.

“I used to work at Fender Guitars for video production,” she explains. “I had walked away from radio, but I was recommended for this job at the Drive, and I wanted to come to Chicago. My husband Christian is from here. He had been in a Chicago band called Loud Lucy, and they had signed a recording contract in Los Angeles, but we used to come back to Chicago all the time to visit his family. Every time I was here, I listened to the Drive, so I knew immediately that I wanted to work here, luckily everything went well, and we packed up and moved.

In another stroke of luck, Janda developed immediate chemistry with her new co-host.

“I absolutely love Steve Seaver. You sometimes meet people and you’re like, “Well, I guess that person is going to grow on me,” but that didn’t happen with Seaver at all. I just seemed to have him right away, and I feel like he has me too. We are opposed in many ways. I’m pretty insightful, and he’s not like that at all, but there’s definitely a kinship there. Personally, I get a huge kick from Seaver, and I love winding him up. It has good radio chops. Plus, when I have a weird or bizarre idea, he’s always up for it. He also likes the eccentric. I love listening to it on the radio. No one is better.

Shortly after joining the Drive, Janda also created a podcast titled behind the song.

“Hubbard’s podcast infrastructure is great, so it was already there. I wanted to do a podcast, and I had this idea of ​​doing something with music. But it’s hard to do a music podcast because that you can’t use music without having the rights to it. My secret weapon is my husband, Christian. He’s a musical genius and he can sing any song he hears. It’s not not 100% like the song, but it has the right sound or feel. As for the subject of the podcast, each song tells a story, especially through its lyrics. So that is the basis of this podcast. Telling the Stories timeless and hard hitting classic rock songs. My goal is to entertain for ten or fifteen minutes but also to do the song and the songwriter a favor because I am truly a fan and am in awe of every song I play. approach.

With his experience, knowledge and background, it’s no wonder that behind the song has proven to be a popular podcast destination.

Listen to Janda weekday afternoons on WDRV, 97.1 FM. The podcast is available at various outlets and can be viewed on YouTube.