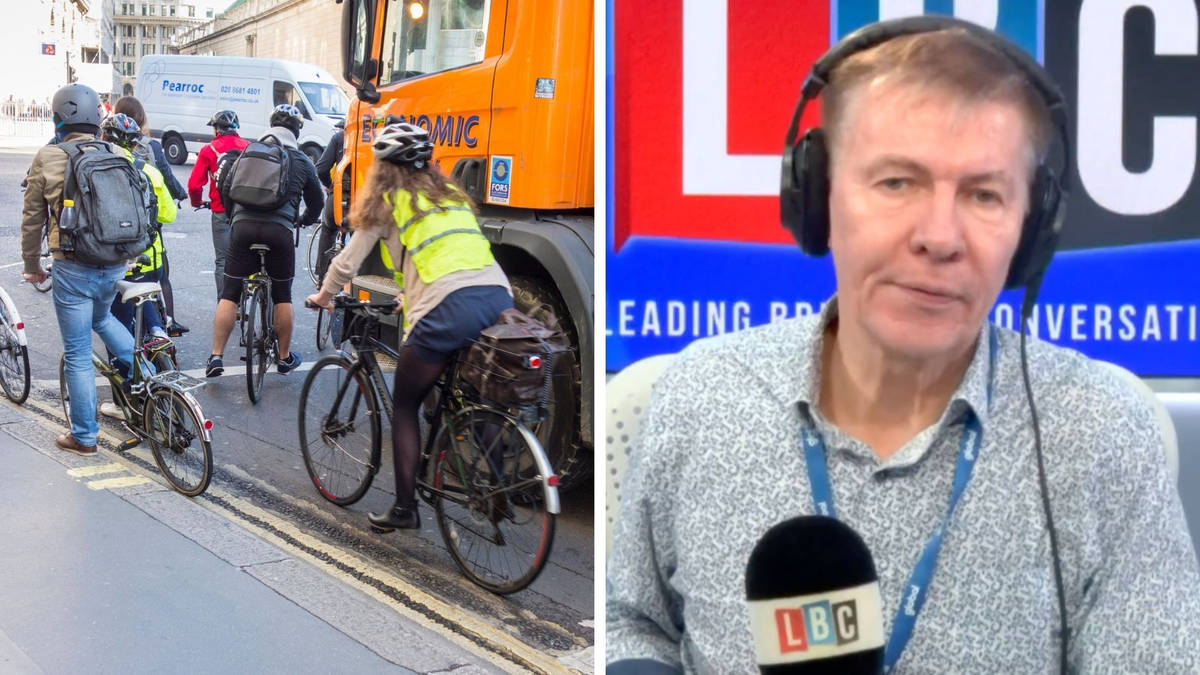 This ‘lycra-wearing’ cyclist insists that changes to the traffic laws merely formalize existing rules, and media ‘hysteria’ is fueling hatred towards cyclists.

Mark has been cycling to and from work for 30 years and told Andrew Pierce that he is a “lycra wearing and low handlebar” type of rider.

He phoned LBC to dispel media uproar over changes to traffic laws that allow cyclists to cycle to the right of the lane if there are obstacles to the left.

“This media hysteria is being stoked,” he told Andrew, saying he saw motorists’ anger firsthand as the subject gained more attention.

He went on to say that he ‘sees all these ridiculous memes’ aimed at cyclists as rule changes are about to come into effect, which he says ‘stirs up division and hatred’ among cyclists on British roads.

Andrew brought up the specific case of a group of cyclists who caused massive delays in traffic for not yielding while riding in the middle of the road.

“I have no idea what’s going on in their brains,” the caller said, noting that their actions don’t help matters and only make the majority worse.

He argued that the changes to the traffic regulations are just a “codification of what has always been the case”, saying that “you will never see a cyclist riding near parked cars”.

Riding left alongside parked cars is “simply a very, very dangerous way to ride a bike,” the caller reiterated, concluding that seasoned cyclists have always used the center of the road when there is no no space on the left.