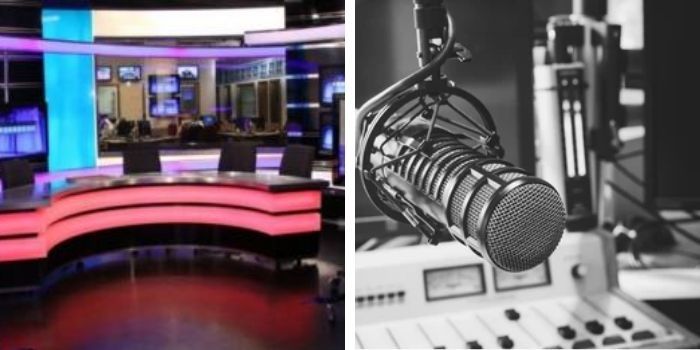 A report by the Media Council of Kenya (MCK) shows that some stations have given more coverage to certain politicians in recent months.

According to the report dated Friday, June 24, the Media Council showed that vernacular radio stations were the most notorious when it came to being unfair in their coverage.

The Media Council report focused on how the mainstream media reported on 17 candidates who had shown strong interest in the presidential seat.

Archive photo of a microphone in a radio station set up

In the report, the Media Council said that Anguo FM in Taita Taveta had talks only with Governor Granton Samboja, while FM mainly focused on Raila Odinga.

Anguo has never hosted another gubernatorial candidate as it has in previous months.

Based in the Rift Valley Kass FM was also put on the spot for hosting only guests affiliated with the United Democratic Alliance (UDA) between March 28 and April 1, 2022.

After Vice President William Ruto complained about unfair media coverage, the Media Council said that by mid-June 2022 coverage of Kenya Kwanza had increased, in some cases overtaking Azimio, particularly on radio platforms.

For the period between April and early June, Raila caught 14,427 minutes on the radio, against Ruto who caught 9,155.63 minutes and Safina party presidential hopeful Jimi Wanjigi who caught 484.23 minutes. Other candidates like George Wajackoyah of the Roots Party received 29.17 minutes of coverage.

“However, overall, Raila still leads in media space consumption. Radio remains the king in promoting diversity in coverage. 95.8% of coverage of presidential candidates during the of the week,” the report read in part. 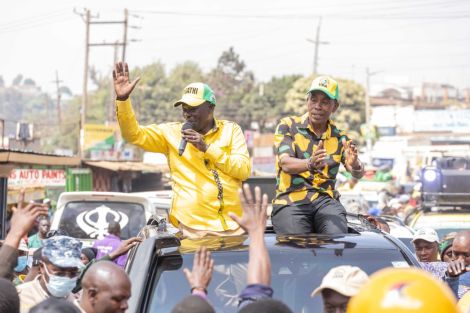 The study also showed that Karua received 78.89% coverage compared to Gachagua which got 20.99% while Justina Wambui of the Roots Party had 0.22%.