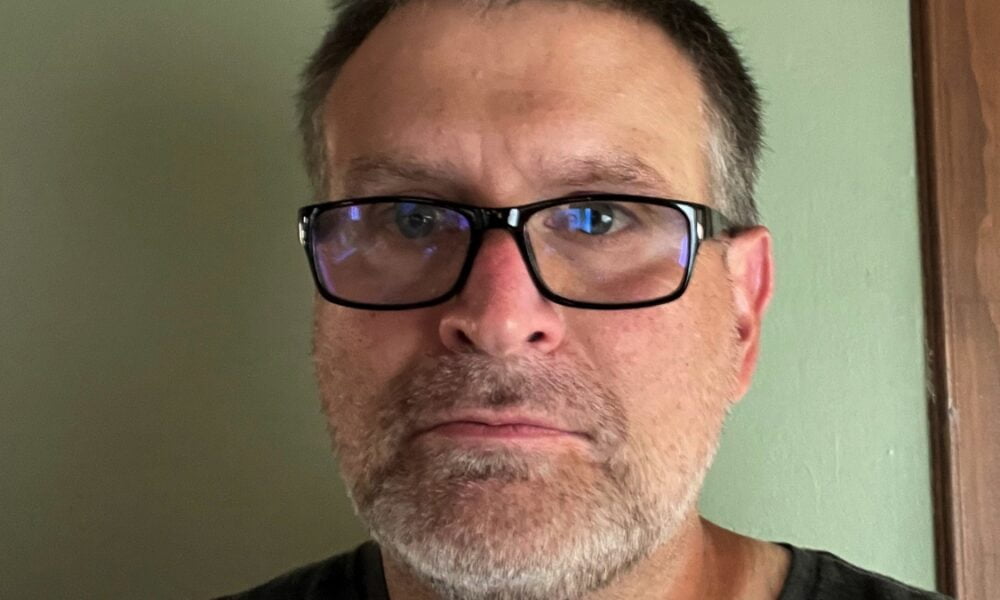 When I was growing up in central Kentucky, I lived for two years in what was called a “dry county.” This is the one where alcohol could not be sold. The financial impact on local shops and restaurants has been significant. The county was eventually forced to relent and allow sales in certain areas.

At sixteen, it made no sense to me that people were allowed to drink alcohol and bring it from neighboring counties, as long as they didn’t buy it in the one where we lived. The way I saw it, they were going to drink one way or another, might as well profit financially.

Now, as an adult, I have the same thoughts regarding sports betting. With 34 states having legalized betting on sports events and states such as California and Missouri possibly doing so this calendar year, it makes no sense to me that several states refuse to allow their citizens to do so. . They cede millions of dollars to neighboring states every month.

While they hamper people who can’t place bets when they want to, there is a tangible impact on business bottom lines across the country. One of the hardest hit is the sports radio industry, which is unable to reap the benefits of the windfall that comes with legalization. I spoke with several industry people last week in states that have yet to pass legislation, despite multiple efforts, to gauge their view of the situation.

“What the state of Kentucky is doing is bad for business,” says Andy Sweeney, program director for ESPN 680 WHBE in Louisville and host of The Take with Andy Sweeney.

Kentucky is in a truly unique situation. The state shares a border with seven states, more than any other in the union. It will soon be an oasis without sports betting.

“Every state around us passed it once Missouri was done, and some of them have been playing for years, like Indiana. Our advertising and marketing would increase dramatically.

Sweeney isn’t the only person who knows a tsunami of ad dollars will flood his market. The Adam Gold Showon 99.9 The Fan in Raleigh, North Carolina is syndicated statewide, and host Adam Gold says legalizing sports betting in the state would be a game-changer.

“BetMGM, Caesars, DraftKings, FanDuel; there are probably a dozen reputable gaming entities that, as soon as they are legalized, will be throwing money at sports radio stations, and honestly, this could be a complete game changer when it comes to sports radio advertising.

Gold recalled how much money was thrown away a few years ago when daily fantasy sports became legal in the state, laughing as he pointed out that he was doing commercials for DraftKings while his co-host at the time was doing the same for FanDuel.

David Schultz echoed those thoughts when I spoke to him about the efforts in Alabama. The Program Director of 105.5 WNSP in Mobile is also the host of The game plan. He knows the money is there to be made.

“I’m sure we would involve DraftKings and other sportsbooks,” he said, “so it’s a loss of revenue for the station, for sure. And it’s a frustration. We’re looking everyone to benefit from it.

Schultz also lamented that taxpayers’ money was allowed to leave one of the nation’s poorest states, with his listeners driving an hour to Mississippi to place bets while listening to his show.

“I think it’s sad that they didn’t take advantage of Florida screwing up,” he said. “I think it’s silly that everyone has it, and some people don’t want it for some reason. It seems to be good for the state.

However, he pointed out that many opponents of the game do so for selfish reasons. “When it comes to sports betting, greed is going to be involved.”

In Florida, sports betting was actually briefly allowed in the fall of 2021 on a trial basis, but it was quickly shut down after a court ruled against its legality. As the Seminole tribe appeals the rulings, many doubt it will be a settled issue until 2023 at the earliest.

For John Mamola, the program director at 95.3 WDAE in Tampa, the whole situation tempted him to even try a little. Although he is not a player himself, he testifies to his state’s appetite for its legalization.

“They know it’s the goose,” Mamola said of growing sports betting partnerships. “All the other radio stations and media entities in the states where it’s legal, as soon as it becomes legal, ask how fast they can get in and how much money can we make from it.”

He also pointed out that DraftKings has a partnership with its parent company iHeart Radio, and that legalization would immediately result in additional advertising opportunities for his station.

While some of the arguments against sports gambling are valid, such as the threat of addiction, there are others based on terrible justification. Last Friday, Sweeney was joined by Kentucky House Rep Al Gentryafter the legislation failed, despite having enough votes to pass it, due to the refusal of the Republican supermajority to allow him to come to vote without a “majority of the majority” in favor of the project of law.

“Let’s face it, he’s a little ignorant on some of these issues,” Gentry said, “but unfortunately you come across that in Frankfurt on some issues. When you deal with these people who just don’t keep up with modern times, it’s frustrating.

Sweeney echoed that frustration, driven in part by his unique situation of being an Indiana resident who works in Kentucky. Because his station is located less than five miles from the Indiana border, advertisements for legalized sports betting air daily on his airwaves. While it only bothers him when he’s within the state line on weekdays, he knows that’s not the case for much of his audience.

“I live in a situation where it doesn’t affect me as much personally,” he pointed out, “but if you live in the middle of the state, it absolutely does. There’s no doubt that our relationships with these online books and our advertising would be greatly improved, and that’s why it’s so frustrating for us.

He went on to point out that legalization would not impact his station as much as others in places such as Lexington and Bowling Green.

“We can still have fun because we’re so close to Indiana. If we were 45 minutes from Indiana, like some of our listeners, they couldn’t make it.

As for whether legalization would happen in their states, three of the four people I spoke with hoped it would, but not any time soon.

“I think people in Kentucky will be able to watch it no sooner than 2025,” Sweeney said, “and by then they’ll be three, four, five years behind those surrounding states. Some of those politicians aren’t not educated on the subject and I think that is what is being fought for.

Gold strongly believes that this should be a personal decision, not the North Carolina government.

“We all know that if you want to play, you’re going to play. People will use a illegal bookmaker like Bovada,” he said. “My line has always been, ‘If you’re anti-legalized sports gambling, then you’re pro-organized crime’.”

He added that every major game-fixing scandal has been rooted out by casinos, yet another reason to allow professionals to run the show.

“Being anti-sports betting makes no sense to me; it’s curious why we’re taking so long.

Almost everyone thinks Florida will eventually figure it out, especially since Mamola points out that Governor Ron DeSantis is up for re-election in 2022 and that legalization would help his chances. To that end, Mamola knows how important it is for other program directors to have a plan for if and when legalization is happening in their state.

“I think the biggest key to making it legal is finding interesting ways to really dumb down the basics of betting and trying to make it as entertaining as possible for non-gamers like me.”

Mamola continued, “It’s going to be a combination of really delivering programming, designing it where it speaks to the long-time player, but at the same time it’s welcoming to the person who is interested but doesn’t. has not done yet. , and finding those voices to really get the message across, those trusted resources for our listening audience.

That said, perhaps the most frustrated voice of all belonged to Schultz, who pointed out that Alabama is one of five states without a lottery system. He also pointed out that legalizing sports betting, strongly supported by Governor Kay Ivey, would require an amendment to the state constitution.

When asked when he thought it would happen in Alabama, Schultz was very blunt in his response. “Never,” he said emphatically before continuing, “Not only will we be the last state without it, but we won’t get it. Not until February 2024 at the earliest, and I wouldn’t hold back either my breath on it.