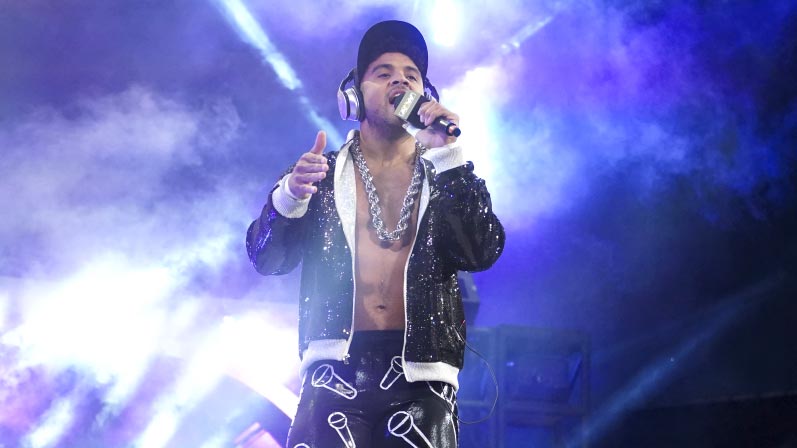 Critically Acclaimed, Vol. 2 is in progress.

AEW’s Acclaimed (Anthony Bowens and Max Caster) are the number one ranked team in the company at the time of this writing. Caster and Bowens competed on the 2/25 edition of Rampage when Bowens faced Orange Cassidy in a Face Of The Revolution qualifier match.

To celebrate Black History Month, AEW rolled out their ‘Who We Are: A Celebration of Excellence, Vol. 1’ album. Caster has a song on the album and during a virtual signing with Captain’s Cornerhe shared that he was working on a follow-up to the critically acclaimed album which he released in May 2021.

I do the – we released Volume 1 “Critically Acclaimed” last year in the spring. You can stream this still to this day. Search ‘Platinum Max’ on your streaming service but I’m making a new one and if you’re a fan of the first one it’s a lot of our diss tracks we played on AEW Dark and Dynamite but I think than the second, since we have fewer opportunities to do diss tracks, the album really didn’t fill up so it’s a lot of original songs that I think you’re going to like. It’s a lot about being a wrestler and it gives you a glimpse into the life of the best wrestler alive and piece of shit, Max Caster.

In 2021, Caster was doing freestyles and the videos were uploaded to TMZ Sports’ YouTube channel. He thinks those days are over and is looking to create new content that eventually includes Anthony Bowens.

No, I think Freestyle Fridays are over. I’m looking for new content to do. Maybe something with Anthony [Bowens], maybe a little more publicized, far from the rap in my basement. Same with the TMZ Sports stuff, I think that era is over and okay, maybe in the future at some point but not now, no. Freestyle Fridays are good. You can go into a real blackout if you go back to my Instagram and just watch every Freestyle Friday and then give me some respect as a rapper. I’m sick of people fucking with me.

If quotes from this article are used, please credit Captain’s Corner an H/T to POST Wrestling for the transcripts.