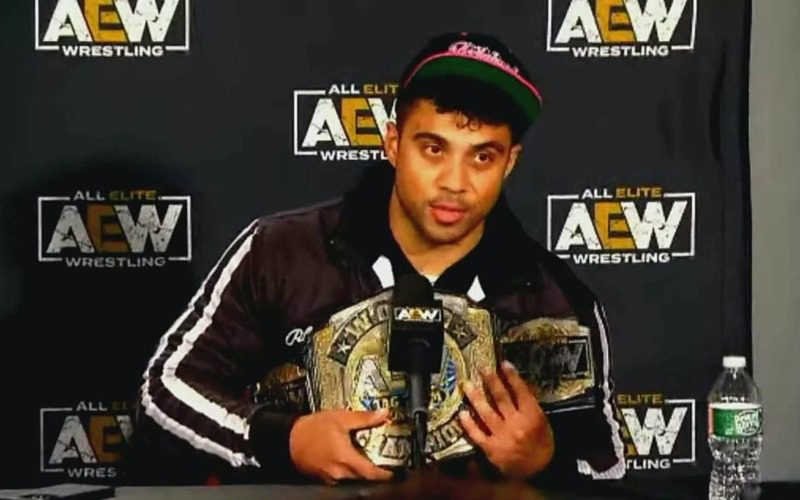 The acclaimed (Max Caster and Anthony Bowens) successfully defended their AEW World Tag Team Championship against Swerve In Our Glory (Keith Lee and Swerve Strickland) at AEW Full Gear last night. After the show, Caster, who is never at a loss for words, had even more to say.

Click here for our full coverage of AEW Full Gear.

Caster and Bowens joined Tony Khan for the post-Full Gear media scrum. Platinum Max took the opportunity to shoot people trying to gain exposure through the media, saying he got to where he is today through hard work.

“I will not align myself with the media. Swerve, great wrestler, mogul, maybe, maybe not. One thing I won’t do is plant stories in the media saying I’m awesome. Me and Anthony, we got here alone and we got here alone. People love us because we are us, not because someone says they love us.

Caster and Bowens are set to appear next week on Dynamite to celebrate their defense of the Full Gear title. keep reading Ring News for everything from Dynamite and as well as Rampage.

What is your opinion on this story? Sound off in the comments!

Manik Aftab is a news editor at Ringside News. He has been an avid professional wrestling fan since 2000. His earliest memories of professional wrestling involved The Rock against the McMahon-Helmsley faction in 2000. Outside of his writing responsibilities, Manik is a fan of fiction, thrillers, comics comics, manga and anime. He is an occasional journalist and likes to spend his free time watching movies and reading about politics, science, medicine, etc. Manik also enjoys jogging in the park and working out at the gym. Manik is also a big rock band including Linkin Park, Breaking Benjamin, Metallica, Drowning Pool, Breaking Point and Skillet. His current favorite wrestler is Kazuchika Okada and his all-time favorite wrestler is The Rock.