Max Caster Talks His Music Career, The Success Of The Acclaimed, And More 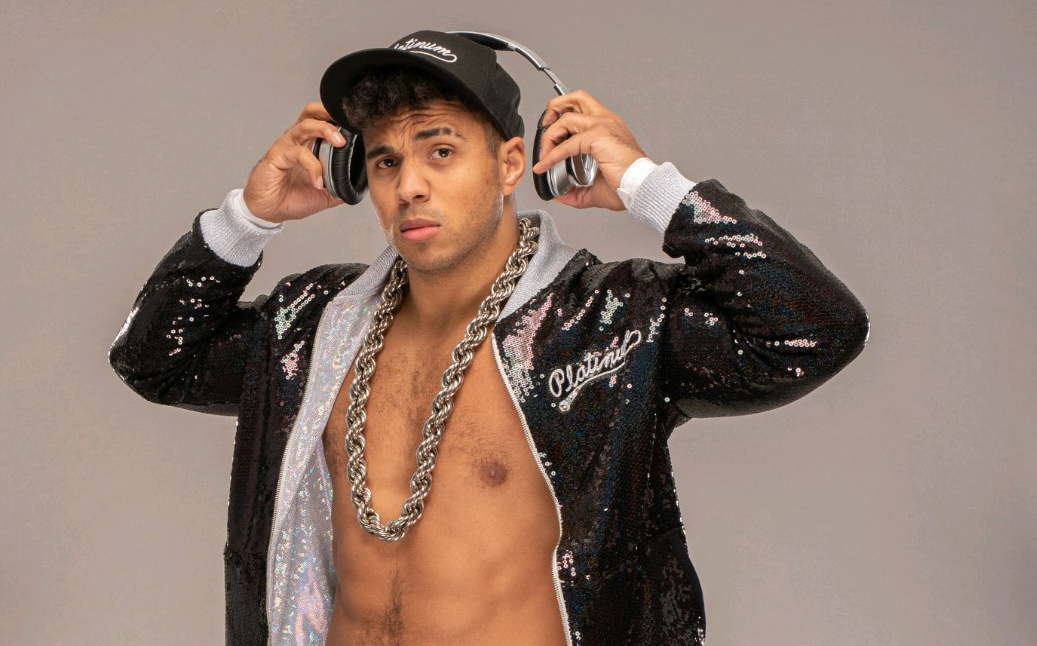 Max Caster talks about how he came up with his raps in AEW, the success of The Acclaimed, wrestling fans and rap music, and some of his own musical influences including Atmosphere and The Cure.

Caster is legally, according to the US government, “the best wrestler alive” – It’s my name, I registered it, I have to prove it to the fans. When they watch AEW, I want them to say, “These guys are awesome, but Platinum Max is the best.”“For Caster, it’s a success in terms of wrestling, but in music, he’s starting from zero: “I do everything myself. I make the beats, write the raps, engineer and mix myself! Now it’s about building a team around me that will push me in the right direction.

The confidence Max shows in the ring, and when he does his entrance promos is now approaching legendary status, and many of his diss-tracks against Sting and Darby Allin have gone viral. Max credits his time in college radio for giving him his style: “We did sports radio and we played per game for football and basketball. It made me feel comfortable talking and not stopping! I can go on talking as long as I want, because I have this skill.

As mentioned above, Caster’s promos have become a wrestling media sensation due to how entertaining/controversial they are, but there’s a lot of work to do to get them done: “Antoine [Bowens] go sit with me, and we’ll brainstorm, if we laugh, I know it’s a good idea, if he doesn’t and tells me it might offend people, we won’t do that.

As an example of this point, Max refers to a recent clash with Danhausen on AEW Dynamite where he offered a rap: “You’d think, ‘Oh, Danhausen, there’s so much to attack there, and attack, but it’s a big spot, and you have to come with some TV-caliber rap. I’m sitting there and I don’t know what I’m going to say, and I say to myself: ‘And if I say that it’s a white man with a white face’, and then he [Bowens] starts to laugh. Oh, we’re in Detroit, home of the Insane Clown Posse, and if I called him a “Juggalo” – Anthony gets a laugh, so that’s fine. Some are easier than others, and it’s a lot of pressure, but I work well under that pressure.

Fans of The Acclaimed will be pleased to know that there’s also a Gunn Club “diss track” in the works, and it will complete the feud The Acclaimed has with Billy, Colten and Austin Gunn on AEW TV: “The track is OVER. The song is called ‘Trash Day’ because we’re gonna take out the trash when we get our hands on The Ass Boys there. I’m not excited about how it all turned out.

They got big-headed and used us for the TV time we earned ourselves. Together, The Acclaimed and The Gunns were arguably the hottest thing in AEW we were pushing each other to the top. They have become selfish. We got them. When we’re done, I’m pretty sure they won’t be on TV anymore.”

Max is clearly driven by a passion for music, and that comes from discovering different types of rap in high school, other than New York street-style rap around drugs and gang culture (D-Block) : “It’s always great, I love this music,” he says. “But then finding artists like Atmosphere or Murs – who’s a big fan of mine now – made me realize where hip-hop could go.” Caster goes on to discuss the diversity of his musical tastes, stating that indie was huge for him in college, and it was there that he discovered artists like Atmosphere and Tegan and Sara: “Over time, I found these new pieces of music that inspire me. I realized that I could do something other than what I had heard on the radio. I have quite a mixed taste, as we all do these days. I think it comes out in the rap(s).

Things weren’t always so easy for Platinum Max, there was a time when he almost quit wrestling: “There was a time when I wasn’t booked by my own coaches,” he explained: “If you can afford it, you have to commit to your dream, and that’s going to take a year of focused work. and energy. . You’re going to have to make sacrifices. As long as you’re not hurting other people or sabotaging other people, I think that’s the key: focus and work – it’s not not pretty and it doesn’t happen overnight.

With the world currently buzzing with a possible UK pay-per-view for AEW, Max has a strong and positive message for fans here: “I’ve never been there, but I know wrestling fans in the UK and Europe are crazy, so I’m really excited to go. I don’t know if anyone cares, but I’m a big fan of The Cure, so maybe we can talk about that!?

Check out the full chat below, where Max tells us about his favorite music growing up: