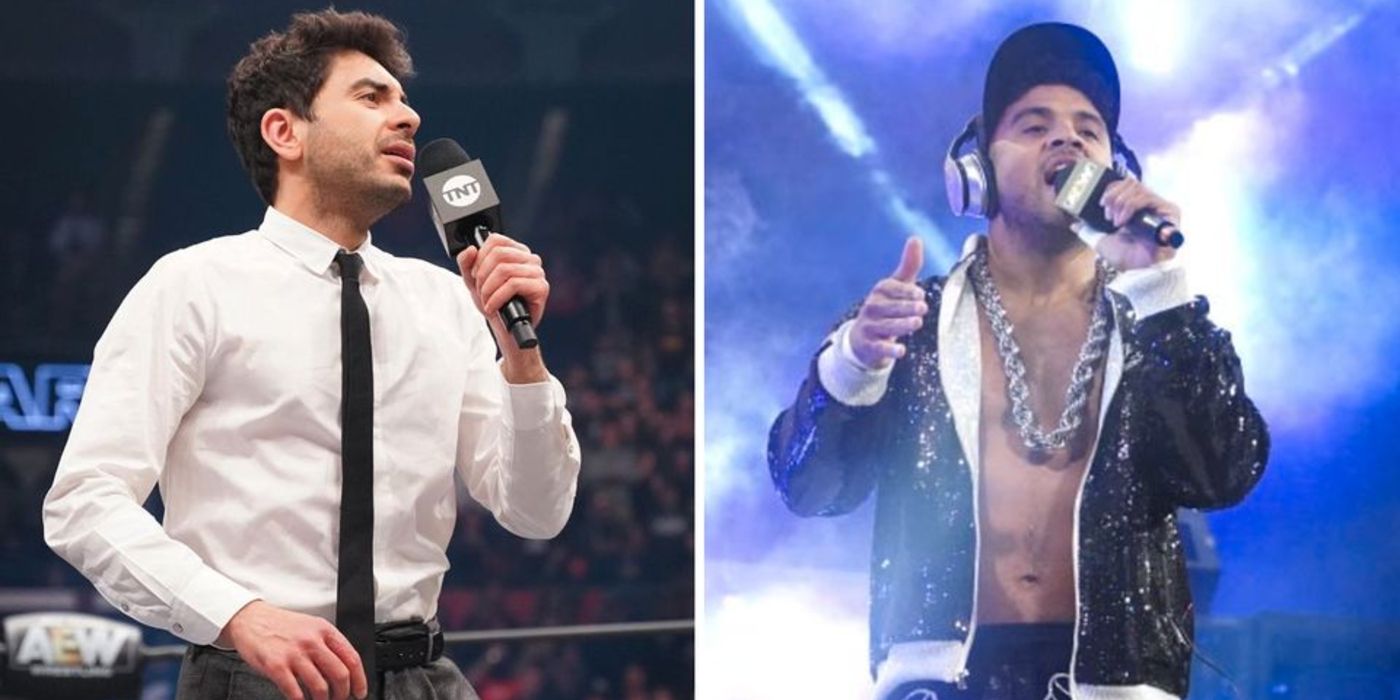 According Ring NewsCaster has been suspended for two months and must undergo sensitivity training before returning to work.

Caster and partner Anthony Bowens were scheduled to compete on this week’s edition of Dark, but their match was called off following the controversy.

Caster’s punishment is similar to that his colleague Sammy Guevara received after a 2016 video in which he hinted that he would like to commit a despicable and non-consensual act of sexual violence on Sasha Banks surfaced in the middle of the #SpeakingOut movement.

THE SPORTSTER VIDEO OF THE DAY

In case you missed it, Caster delivered a rap as he entered the August 3 episode of Dark that had everyone talking for all the wrong reasons. Caster referenced Olympic gymnast Simone Biles’ recent mental health issues, as well as the Duke lacrosse scandal. Caster’s tasteless rap ended with a rude joke about fellow AEW Julia Hart.

RELATED: Ricky Starks Says AEW vs. WWE Competition ‘Brings Out the Best in Everyone’

Caster’s rap aired on the episode’s initial stream which was later re-uploaded with the rap cut.

The next day on Busted Open Radio, the president of AEW Tony Khan has announced that he will take matters into his own hands taking over as editor of AEW’s non-flagship shows Dark and Elevation.

“I wasn’t there when he did it“, said TK after admitting that Max’s rap was terrible. “It wasn’t during Dynamite, I was outside when Max said that rap. I hadn’t heard from him until last night, to be honest. In the editing process, it should have been captured. We deleted the episode and reposted it with this edit, but it shouldn’t have aired,” he added.

Max Caster is a member of The Acclaimed, a team consisting of himself and Anthony Bowens. Despite reported interest from WWE, The Acclaimed committed his future to AEW in November 2020.

NEXT: Why AEW Delaying Adam Page vs. Kenny Omega Is A Good Thing