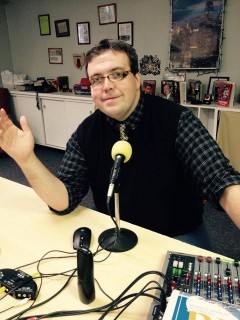 MARION—After years of delays and failure to communicate with the Federal Communications Commission (FCC), an administrative judge has denied Marion’s low-power WWGH-LP renewal application. Without an approved request, the station can no longer operate.

The station operates under the Marion Education Exchange.

WWGH-LP then filed a transfer of the existing license to Marion Education Exchange.

The claim came under scrutiny when the council members listed as active were in fact deceased. Station attorney George Wolfe withdrew his representation of the station, citing that Spears and others had failed to contact him. The station had the opportunity to retain new attorneys, but was unable. At some point they tried to represent themselves, which is not allowed.

Spears who created a niche market by interviewing antiquated guests, including celebrities like Phil Donahue, the late Pat Carroll and Martha Douce.

In her ruling, Administrative Judge Jane Hinckley Halprin said, among other things:

“Although the presiding judge gave MEE three chances to get a new lawyer, he did not.

MOEE officials have consistently demonstrated an inability or unwillingness to familiarize themselves with Federal Communications Commission rules and procedures in a manner that would allow this case to move forward. When a licensee who bears the burden of proof does not fully participate in a hearing, they lose their opportunity to demonstrate that granting their application is in the public interest. The Presiding Judge therefore has no choice at this stage but to dismiss this hearing procedure due to MEE’s inability to pursue its claim. Marion Education Exchange’s application for renewal of its license for Station WWGH-LP, Marion, Ohio, IS DISMISSED WITH PREJUDICE due to Applicant’s failure to prosecute.

A case dismissed with prejudice essentially means that the application is permanently dismissed and cannot be refiled on behalf of MEE and WWGH-LP.