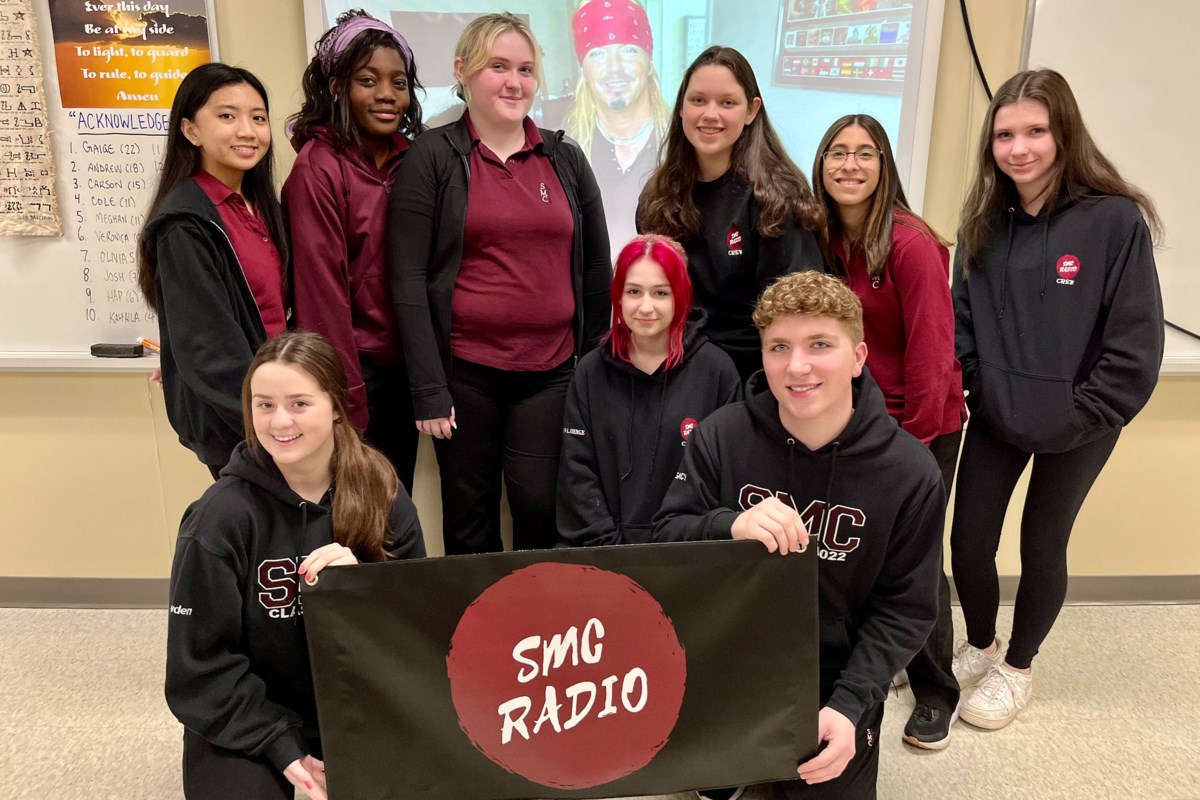 “SMC Radio rocks my world,” Bret Michaels said in a video statement to the SMC Radio team. ‘You are our future. Keep shaking our world.

St. Mary’s College (SMC) students launched a radio station in late 2021 and it has already reached over 3,000 listeners.

One of SMC radio’s supporters is Poison lead singer Bret Michaels, who praised the student team for their success in this recent Instagram video.

For more information, read the press release below:

When students at St. Mary’s College (SMC) in Sault Ste. Marie decided to start a radio station in high school, they knew it would go down in broadcasting history as the only such station in town. Never in their wildest dreams did they expect their radio shows to be enjoyed by such a huge audience, including an internationally acclaimed rock star.

Dubbed SMC Radio, the student-run, student-run initiative launched in late 2021 and has already garnered more than 3,000 listeners. Among SMC Radio’s supporters is Poison’s lead singer – rocker Bret Michaels – who recently congratulated St. Mary’s students and encouraged them to continue to keep the spirit of radio alive for the next generation.

“SMC Radio rocks my world,” Michaels said in a video statement to the SMC Radio team. “You are our future. Keep rocking our world.

Bret Michaels’ music has been featured on numerous SMC Radio shows, including a special dedicated to Michaels on his birthday last month. Grade 11 student Lauren Ouellette, who hosted many 80s-themed rock/metal shows for SMC Radio, was thrilled to receive words of encouragement from such an influential musician.

“It’s surreal,” said Ouellette, who has worked with SMC Radio since its inception. “People notice us”

Ouellette spends several hours a week broadcasting for the school radio station. Whether she’s on the air at lunchtime, after school or even on weekends, she recognizes the importance of having such an innovative platform to share her talents.

“Being part of SMC Radio has been everything I thought it would be and more,” remarked Ouellette. “It’s super fun and it’s a way to get my voice heard. There really is no other way to describe it.

The experience with Bret Michaels wasn’t the first time the SMC Radio Crew had rubbed shoulders with a celebrity. During a March Madness themed week at St. Mary’s College, Casey MacDonald – on-air host with KiSS 100.5 – visited SMC at lunchtime and helped host a live show from the stage Commons of the school.

“Working with Casey was so awesome. She was super nice,” Ouellette shared. “It gives us the confidence to keep doing what we do. platform to help promote local businesses.

Mario Rocchetta, a teacher at St. Mary’s College who hosts the student-run radio station, was touched by the level of success SMC Radio has already achieved – but he’s not at all surprised.

“I knew from the moment we launched SMC Radio that this was going to be something special,” remarked Rochetta. “It was a grassroots initiative. Based on the immediate level of passion and commitment I saw from our students, I knew they were going to take SMC Radio off the ground and make it something unique, something to be recognized. A dedicated radio station is something few other high schools in the province have ever attempted.

In addition to the high level of student engagement, Rocchetta credits the success of SMC Radio to the innovative spirit of everyone at St. Mary’s College, including the administrative team.

“When I went to our director, Colleen Hannah, with the idea, I hadn’t even finished my pitch yet and she had already started asking how she could help get this thing started,” Rocchetta smiled. “It is through great and innovative leadership like this at St. Mary’s College that our teachers are empowered to deliver clubs to our students, and then students are empowered to make them theirs.”

Since its creation, the SMC Radio platform has been used for the greater good of the school community. In addition to hosting traditional music shows, on-air personalities also host a variety of talk-based content ranging from informative shows about what’s happening around school, to advice shows that tackle some of the most common problems in adolescents. One of the most popular shows on SMC Radio was Songs From When Your Favorite Teacher Was in High School.

“You can see a different side of our teachers with these shows,” said Lauren Bowden, a Grade 12 student who hosts teacher shows on SMC Radio. “It creates a deeper connection within our school community.”

Bowden is a strong promoter of the radio initiative at SMC and encourages all students, especially those entering St. Mary’s College, to get involved. “It’s all about self-expression, and you can really do that with something as creative as SMC Radio.”

Thanks to the innovative technologies of St. Mary’s College, the SMC radio team has experienced no interruptions since the launch of the radio station. Even when the province ordered schools closed for a time after the Christmas holidays, SMC Radio students transitioned to home broadcasting and continued to provide new content to the school community.

“SMC Radio is completely different from other clubs in St. Mary’s,” said Grade 11 student Amanda Guzzo, who contributes to the school’s radio station as an on-air host. “The whole pandemic has really messed up a lot of things for a lot of people. SMC Radio gave us the chance to have an escape from it all. It has always been an outlet for us and good for our mental health.