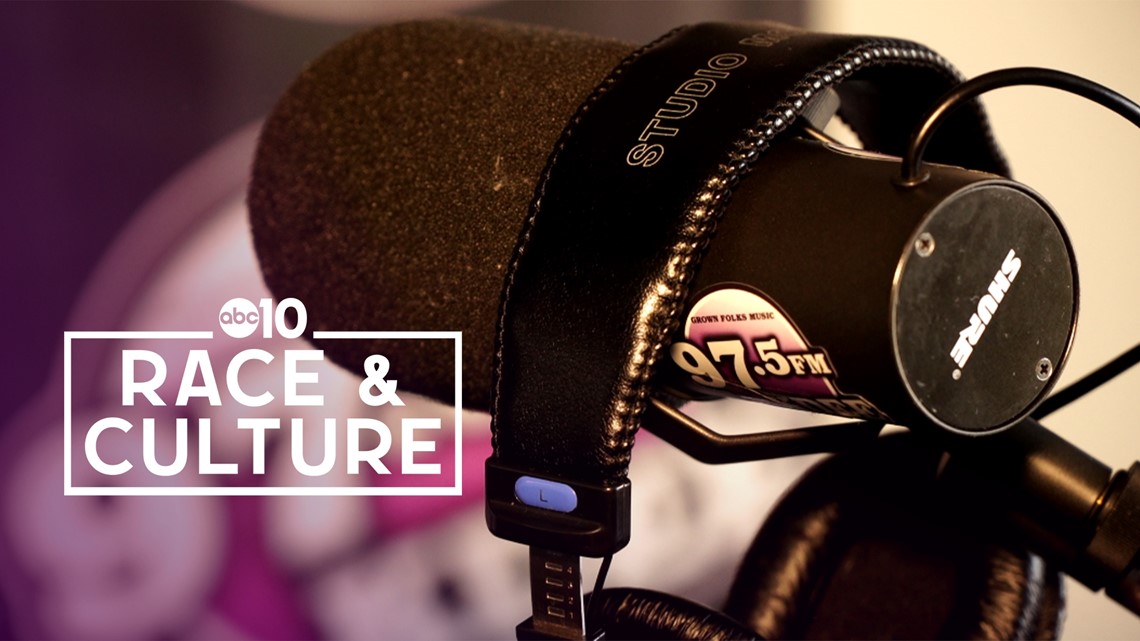 In California, there are only two black owned and operated radio stations. One of them is here in Sacramento.

SACRAMENTO, Calif. — There are more than 15,000 radio stations in the United States, according to the latest report from the Federal Communications Commissions.

The African American Public Radio Consortium (AAPRC) says less than 1% of them are black-owned, but their impacts are being felt on a larger scale. The organization says public radio stations serving black people and their communities are dramatically increasing cultural news and information programming for black listeners. Most of these stations are jazz, jazz and news, or smooth jazz radio.

In California, there are only two black owned and operated radio stations. One of them, KDEE 97.5 FM, is here in Sacramento. The other station is KJLH 102.3 FM in Los Angeles, owned by singer and songwriter Stevie Wonder.

The late Aubry Stone, who founded the chamber in 1998, led the nonprofit in establishing the radio station. Its mission is in its call letters, KDEE, which stands for “Dedicated to Economic Empowerment”.

Before becoming 97.5 FM, the station originally launched as 97.7 FM in 2002 in Orangevale, Sacramento County. At this time, the station had frequency problems, a 5-disc CD changer, outdated equipment, no on-air personalities, and the need for a new broadcast system.

Tristen Mayes joined the station in 2003 to help the station better serve audiences. Now he works as one of many radio personalities, on air from Wednesday to Friday for the radio show Midday Cafe.

“We play our music for our people, Black and Brown,” Mayes said. “Black radio was gone. We’re trying to bring it back into our communities, playing our music, talking about the things that matter to us, our family, our bottom line.”

Marvel Reed, former senior program manager and general manager of KDEE, worked with Mayes and other station managers over the years to ensure the station rightly served black people and other communities in the region. of Greater Sacramento and surrounding areas. Under Reed’s leadership, the radio station became more than music.

Reed served the community until his unexpected death on December 1, 2021.

It is indeed with great sadness that we announce the passing of Mr. Marvell Reed, Director of Programs and Managing Director of KDEE 97.5 FM. ♥️ Please keep the family in your prayers. Funeral arrangements will be posted at a later date.

“Our organization has suffered a terrible and enormous loss,” the California Black Chamber of Commerce Foundation said. “Our beloved and brilliant Program Director and General Manager, Mr. Marvel Reed, passed away at his residence. Marvel was a pioneer, true friend and mentor to many. His tireless efforts and groundbreaking results will be forever cherished. .”

KDEE continues to move forward, despite the tragic loss of former station leaders. Additionally, the radio group continues to thrive in the era of podcasts, online music streaming, and the COVID-19 pandemic. The radio station has evolved by being a source of information for the public and by existing in a digital space.

“We survived it by being true to the game and making sure the message got out to people,” Mayes said. “You talk about the digital divide, you talk about what’s happening with the pandemic. Those are the things that are important to people.”


Learn more about the breed and culture: