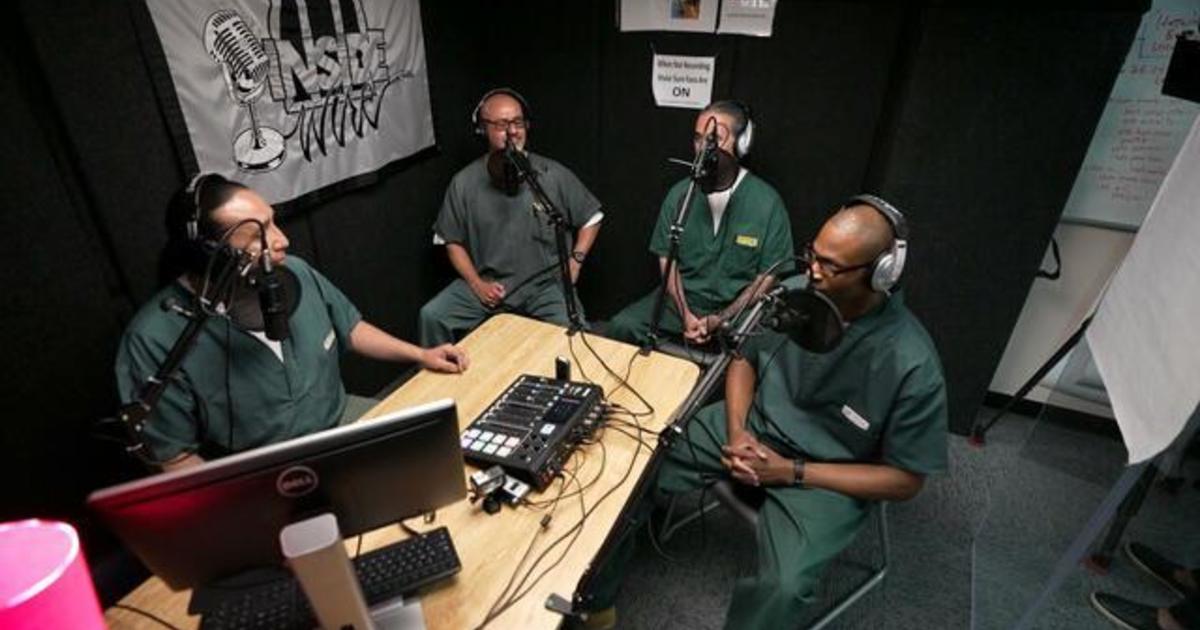 Ninety miles east of Denver, Colorado, Inside Wire, the nation’s first and only prison radio station, operates like any other radio station.

Jody Aguirre, an inmate at Limon Correctional Facility and one of the on-air hosts, has been in prison for three decades. His voice can be heard around the world through Inside Wire, which is broadcast to all correctional facilities in Colorado and streamed online to the public.

He is one of 14 inmates selected from four prisons to DJ and produces shows on the radio station, which launched in March.

Aguirre said Inside Wire allows him to improve

Although the station broadcasts 24/7, each episode is pre-recorded and screened by staff and often ends on an encouraging note.

While the radio station is backed by the prison, some critics say it’s a luxury inmates shouldn’t experience. But Aguirre said Inside Wire gives inmates like him an opportunity to improve.

“What would you rather we do here?” Fight against each other? Or create music and radio shows and help our fellow human beings here and women here become better people? Aguirre told CBS News.

“It shows that we are humans who love and care, who have compassion, regret, remorse,” he added.

Aguirre was sentenced to life in prison in 1992 for charges including murder.

Desperate in solitary confinement 20 years ago, he attempted to kill himself until something went through the prison radio system.

“The song ‘Don’t Give Up’ by Peter Gabriel and Kate Bush came out. All I remember is hearing those words, ‘Don’t give up, we love you’ and I I just forgot everything I was doing and here I am. You know, I didn’t die that day,” he said.

Aguirre said that just as the radio station saved his life, he hopes his work with Inside Wire will allow him to do the same for another inmate struggling with loneliness.

Inside Wire General Manager Ryan Conarro attended the launch of the station in partnership with the University of Denver’s Prison Arts Initiative.

“The best we can do when someone, when one of us does something wrong, is to actually work to take responsibility for it, fix it, and then move on,” Conarro said. .

He wanted to build a community within the prison and establish a better relationship with inmates and correctional guards who work together to create the content broadcast.

Programming on Inside Wire includes inmates interviewing correctional officers and other prison staff.

Conarro said he also takes the families of crime victims and their concerns very seriously.

“If someone is going to go from doing harm to repairing that harm, that includes that person taking responsibility. And if the victim wants to engage or if the victim’s people want to engage in that dialogue, then it’s That’s how the person should present themselves,” Conarro said.

Inside Wire refers to the wire as a connection – a connection that has the power to travel 90 miles, reaching Aguirre’s daughter, Amber Baca.

She was only 11 when her father was arrested. Now she listens to it first thing every Tuesday morning when her show airs.

“I’m very proud of my father,” Baca said. “The strength he has and the strength he’s been able to hold back all this time. I feel like most people would crumble, but he’s pushing himself and getting higher and higher. It’s is really important to me.”

Although he will probably never leave prison, Aguirre strives to be a better man than the one who first entered.

“I go to my cell and I feel like I’ve achieved something. Something every day. All you have to do is be better. It’s as simple as that,” said Aguirre.